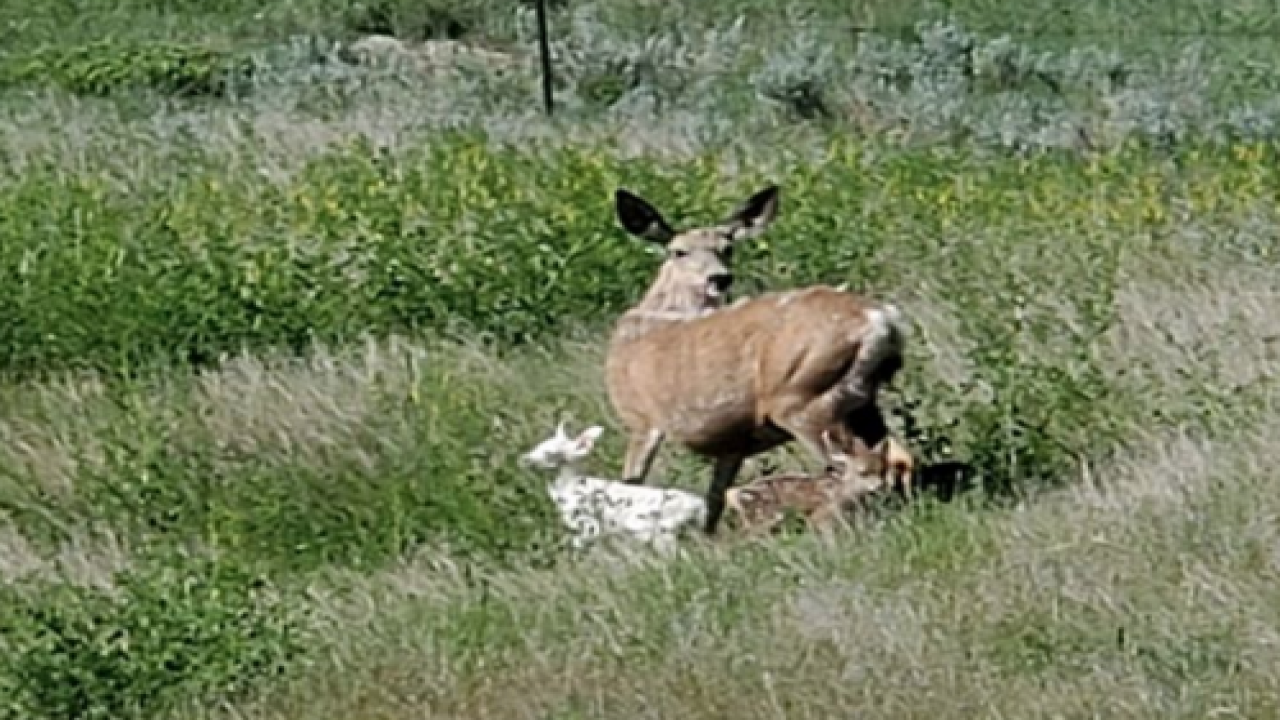 Cute animal photo alert! A doe near Miles City, Montana recently gave birth to triplet fawns , one of which is albino. Both triplets and albino fawns are rare occurrences.

Tracy Baker was driving in the area when she saw the mother doe and her baby fawns. She was able to snap an amazing photo of the scene, and Montana Fish, Wildlife & Parks – Region 7 posted it to Facebook. The image has since gone viral, racking up more than 1,500 likes, more than 2,400 shares and over 200 comments.

“Wildlife Wednesday – This amazing photo of a rare albino fawn was shared recently by Tracy Baker of Miles City,” read the caption. “Only two fawns are visible in the picture, but in the span of a few minutes, the doe had a third fawn, making for a rare batch of triples.”

The organization went on to advise people on how to conduct themselves if they should encounter deer in their natural habitat , in a way that doesn’t compromise the animals’ safety. Now that it’s summer, you might be spending more time outdoors , so this is good to keep in mind.

“Nature is pretty wild! Please remember to give does and fawns space this time of year, as does often stash a fawn while they feed and rarely abandon their young. The animals’ best chance of surviving and thriving is in nature, with humans at a safe distance!”

You can also set up a trail camera if your backyard is next to a wilderness area.

According to Buck Manager , only about one of 100,000 white-tailed deer births is a true albino fawn. What’s more, the babies often do not survive more than a few years in the wild. Their white color makes them stick out in their natural environment, turning them into easier prey for both animal predators and human hunters. Their appearance can be an advantage, however, in snow-covered areas during wintertime.

Sometimes a deer can look white, but not be a true albino. True albino deer have no pigmentation in their hair, skin nor the irises of the eyes. They can have pink or blue eyes and pale gray hooves.

Here’s wishing the best for this rare little fawn and its family!

This story originally appeared on Simplemost . Checkout Simplemost for other great tips and ideas to make the most out of life.