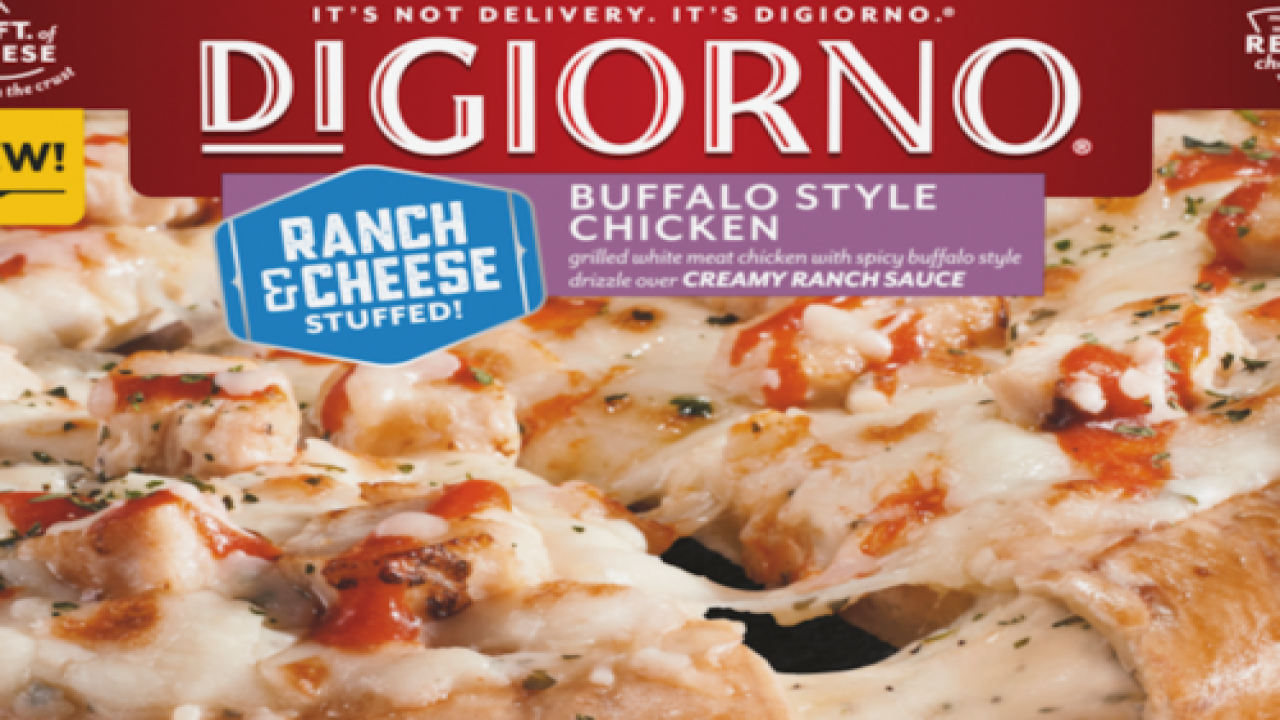 We’ve all gotten pretty jaded about extreme food combinations (or “ Frankenfood “), from Taco Bell’s Doritos Locos tacos to KFC’s “chizza” (a pizza with a fried chicken crust). But here’s a crazy combo you can heat up at home — and it’s a virtual cornucopia of junk-food favorites.

DiGiorno recently unveiled a buffalo-chicken pizza with cheese-stuffed crust, which sounds pretty intense on its own.

But wait, there’s more: The sauce is ranch, and the crust is stuffed with ranch-seasoned cheese . As in, pizza plus chicken wings plus ranch , all in one frozen pie.

If you’re hearing the roar of the game-day crowd while considering this pizza, you’re probably not alone. Wings and pizza are a time-honored football treat, but they’re usually served separately. Here they are together, in a hand-held format, and with the ranch-dressing dip already on board.

Of course, not everyone might be into a buffalo-ranch chicken pizza. Not a problem — DiGiorno also makes a “California-style” chicken-bacon-ranch stuffed crust pizza , too.

This one’s got chicken and bacon, naturally, and also the ranch-seasoned cheese in the crust. An avocado sauce, tomatoes and red onions complete the California-club-sandwich vibe.

And, oh my gosh, there’s a taco version, too , with nacho cheese, ground beef and a “taco-seasoned” stuffed crust. Will wonders never cease?

Imagine: You can please all of your Super Bowl guests by throwing a few of these bad boys in the oven in the second quarter and have a few platters’-worth of snacks ready to eat by halftime. (And possibly have everyone asleep soon after.)

Keep a sharp eye out next time you’re grocery shopping, though. I did a quick search for the pizzas at Walmarts in my city, and they were already sold out at most locations I tried. Apparently everyone’s got the same idea for the playoff weeks ahead.

Personally, I’m a fan of the DiGiorno thin crust Margherita, but I’m a boring dork. Get out there and live your pizza dreams, people!

This story originally appeared on Simplemost . Checkout Simplemost for other great tips and ideas to make the most out of life.