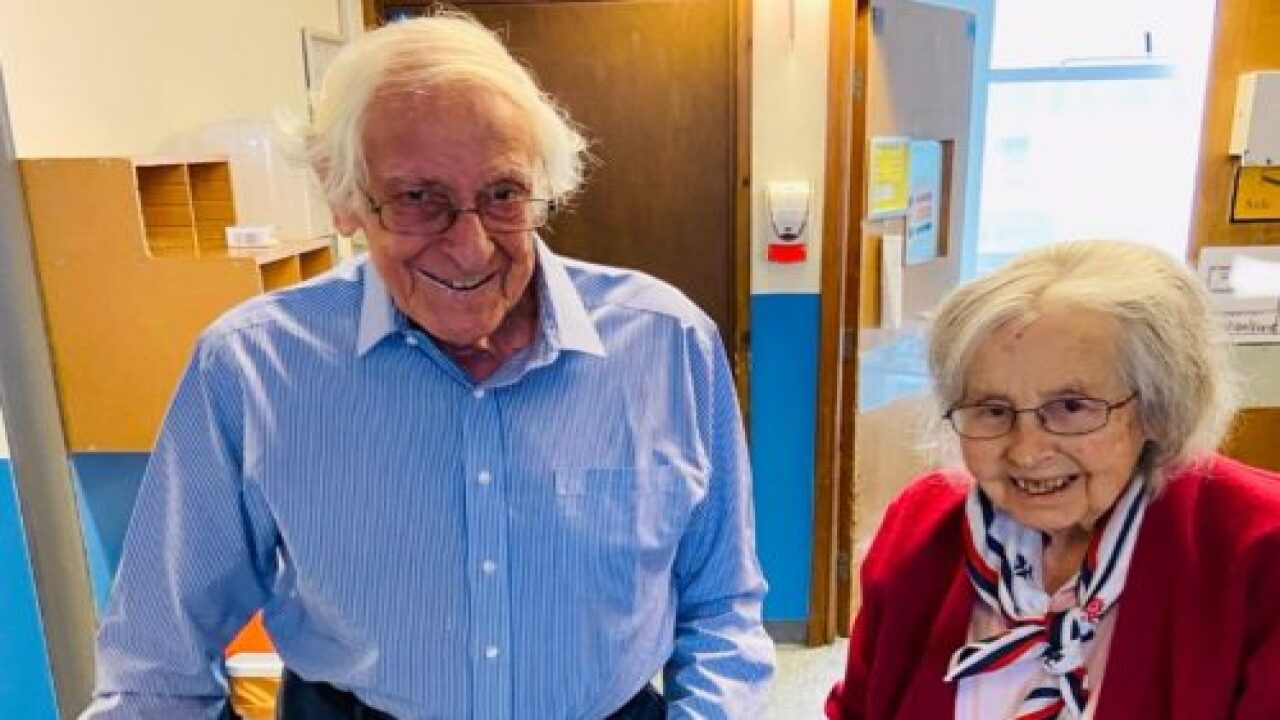 Gillian and Michael England have been married for 61 years, so they’ve been through a lot together. As of July 17, they can also say that they have beaten COVID-19 together.

Gillian, 88, and Michael, 91, spent three weeks in Leicester Royal Infirmary in Leicester, England, being treated for COVID-19. During their long and arduous hospital stay, the longtime couple supported each other each step of the way.

“While I’ve been in hospital I’ve not really missed anything, because Gillian is here, and I have been able to see her every day,” Michael told Daily Mail. “Being discharged together, on the same day, is even more special as we have been on our recovery journey together.”

Each day during their stay, Michael got dressed and walked to his wife’s room so they could hold hands and have a cup of tea together.

Leicester’s Hospitals took to Facebook to share the couple’s sweet story alongside a photo of them holding hands and smiling:

“Warning: This story may be the best thing you see today,” the post began. “Husband and wife of 61 years, Michael, 91 and Gillian, 88, walked out of hospital together yesterday following three weeks in hospital recovering from COVID-19.”

Hospital staff also ensured that the couple could enjoy their meals together.

“I can’t describe the kindness of the nursing staff who made our stay in hospital so comfortable and worked hard to make sure we were looked after on the same ward,” Michael said, according to the post. “They have shown such compassion in so many ways. Kindness goes such a long way.”

Russell England, one of the couple’s three sons, said that at one point, he was unsure as to whether one or both of his parents would make it home after battling the illness.

We’re so glad that these two are recovering, and wish them all the best in their continuing love story!