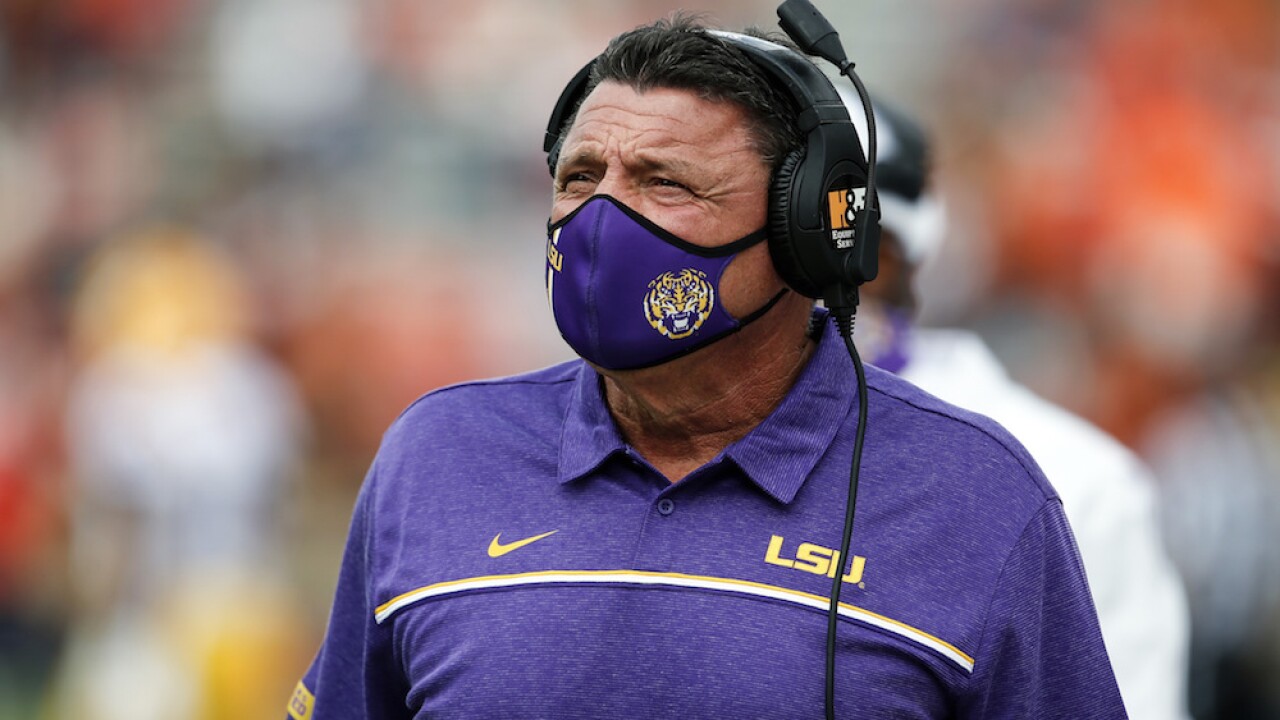 The Southeastern Conference has had to postpone or cancel three games this week because of positive COVID cases among several football programs.

"While it is unfortunate to have multiple postponements in the same week, we began the season with the understanding interruptions to the schedule were possible and we have remained focused throughout the season on the health of everyone around our programs," said SEC Commissioner Greg Sankey in a press release on Tuesday. "We must remain vigilant, within our programs and in our communities, to prevent the spread of the virus and to manage activities that contribute to these interruptions."

The conference has postponed Saturday's game between No. 20 Auburn and Mississippi State because of positive COVID-19 cases and quarantining within the Bulldogs' program.

In a press release, the conference had to reschedule the game between the Tigers and Bulldhad to Dec. 12.

On Tuesday, the conference announced that No. 5 Texas A&M would not face Tennessee because of positive COVID-19 cases and quarantining within the Aggies' program.

The Volunteers and Aggies game has been rescheduled to Dec. 12, the conference said.A&M had to pause in-person activities on Monday after a player and a staff member tested positive for COVID-19 after returning from South Carolina.

The conference also had to postpone Saturday's LSU game against No. 1 Alabama due to an outbreak within the LSU program.

LSU already has a game on Dec. 12 because they're facing No. 6 Florida Gators, which was pushed back from October due to a COVID outbreak within the Gators program.

Because LSU has a game tentatively scheduled for Dec. 12, the opportunity to reschedule Alabama at LSU game will need to be evaluated," the SEC said. "The rescheduling of games on the remaining SEC football schedule may include Dec. 19 as a playing date."

This isn't the first time LSU has faced an outbreak amongst the team.

According to Lafayette Daily Advertiser, head coach Ed Orgeron said back in September that most of the team caught the virus over the summer.

And Arkansas coach Sam Pittman will not coach when his team faces No. 6 Florida after he tested positive for COVID-19 twice, the AP reported.