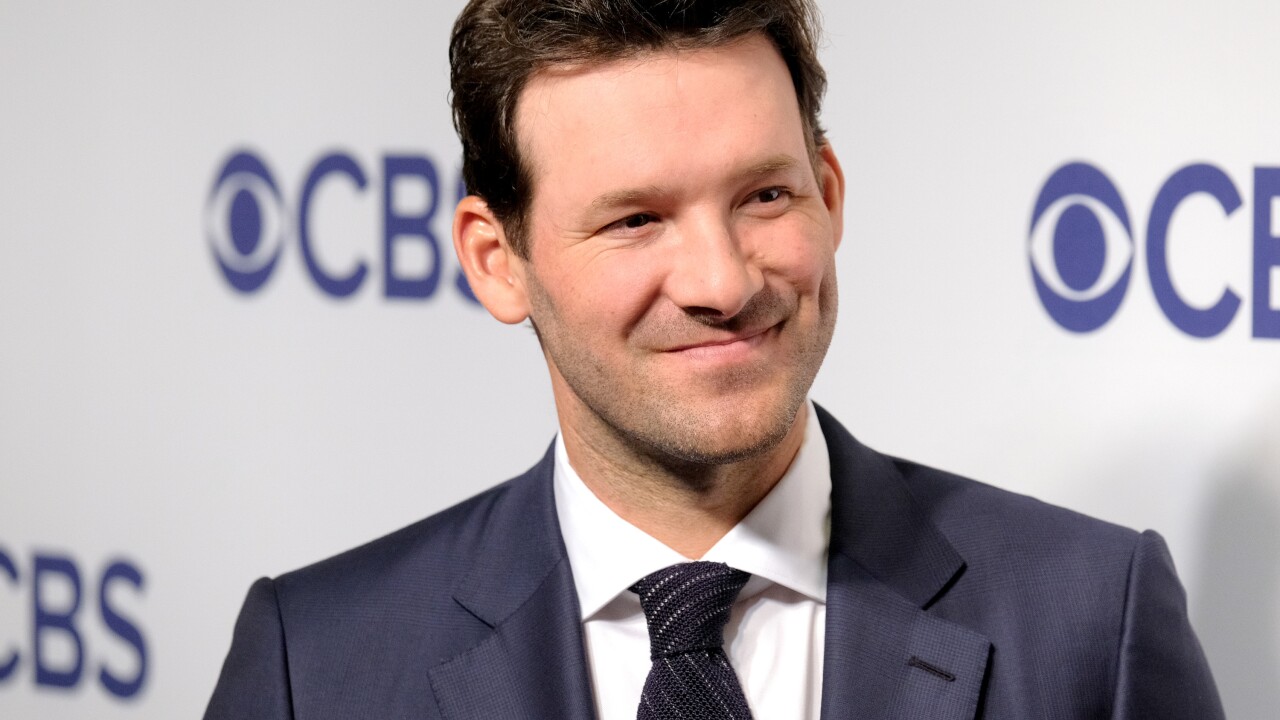 The reports say that Romo is being offered a multi-year deal that would pay him between $10 million and $14 million for a deal to join "Monday Night Football."

He currently serves as the top game analyst for CBS, working with Jim Nantz.

If signed by ESPN, Romo could succeed Booger McFarland as the analyst on “Monday Night Football,” sources told Front Office Sports . Romo could also potentially work on ESPN’s NFL game coverage if parent Disney acquires a Sunday afternoon game package from rival Fox Sports, CBS Sports or NBC Sports during the next round of NFL TV negotiations in 2020-2021.

The New York Post also reported that ESPN is expected to go "all in" for Romo for its next TV deal.

No deal has been signed yet with Romo and ESPN. And the new deal might not be finalized until after the Super Bowl concludes next month.

Romo makes about $4 million for his contract with CBS. And his highest-paying salary during his professional career with the Cowboys as $8.5 million.

We'll have more on this story on one of the most popular Cowboys of all time as it develops.