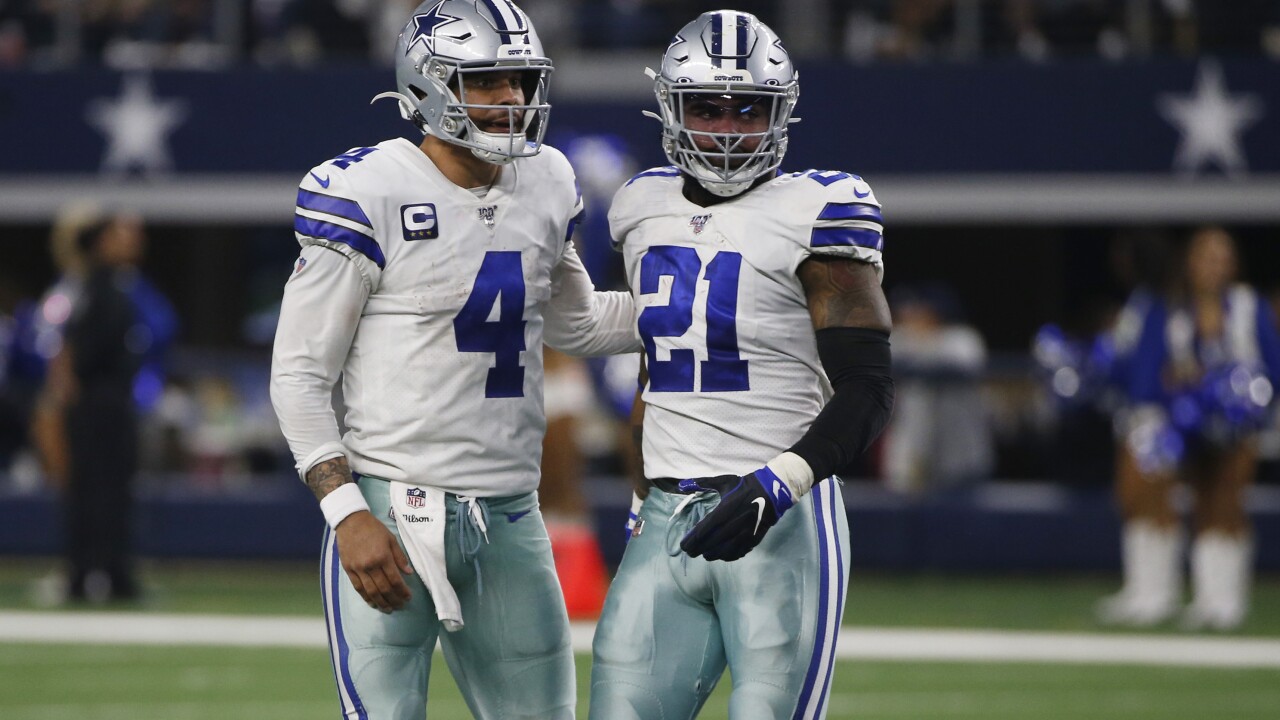 Copyright 2019 The Associated Press. All rights reserved.
Ron Jenkins/AP
Dallas Cowboys quarterback Dak Prescott (4) and running back Ezekiel Elliott (21) during the second half of an NFL football game against the Washington Redskins in Arlington, Texas, Sunday, Dec. 15, 2019. (AP Photo/Ron Jenkins)

The Dallas Cowboys and Houston Texans both will kick off their season in feature games that will be shown on KRIS-TV.

The Cowboys start their season three nights later when they help open the new SoFi Stadium in Los Angeles against the Rams in the first Sunday night game of the season. That kickoff also will be at 7:20 p.m.

Dallas is set for two other Sunday night appearance - so far - as their Nov. 1 game at NFC East rival Philadelphia and Dec. 20 home game against defending NFC champion San Francisco also are set for Sunday night games on NBC. And there's a chance that more could be picked because of the NFL's flex schedule.

Here's a look at the complete schedule for the Cowboys and well as the Texans .