Alice happy to be playing again after long break 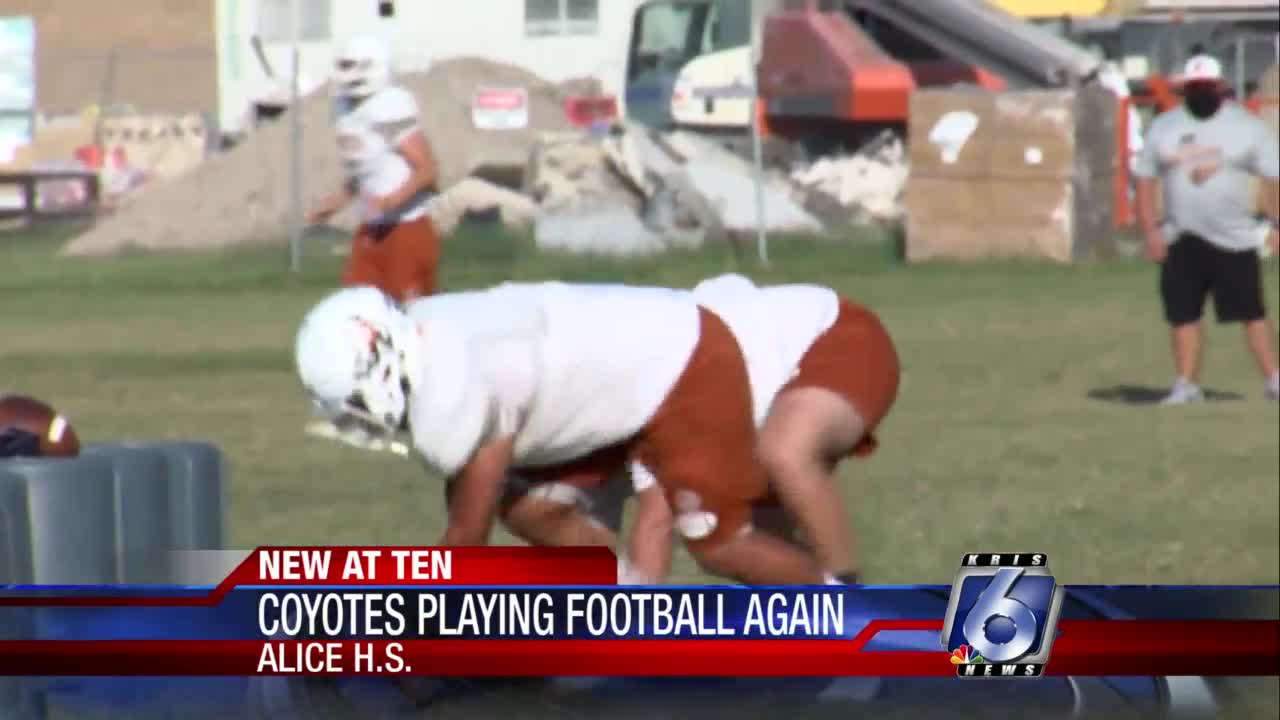 After having their entire athletics program shutdown from April to September due to the pandemic, the Alice Coyotes are finally back playing football. 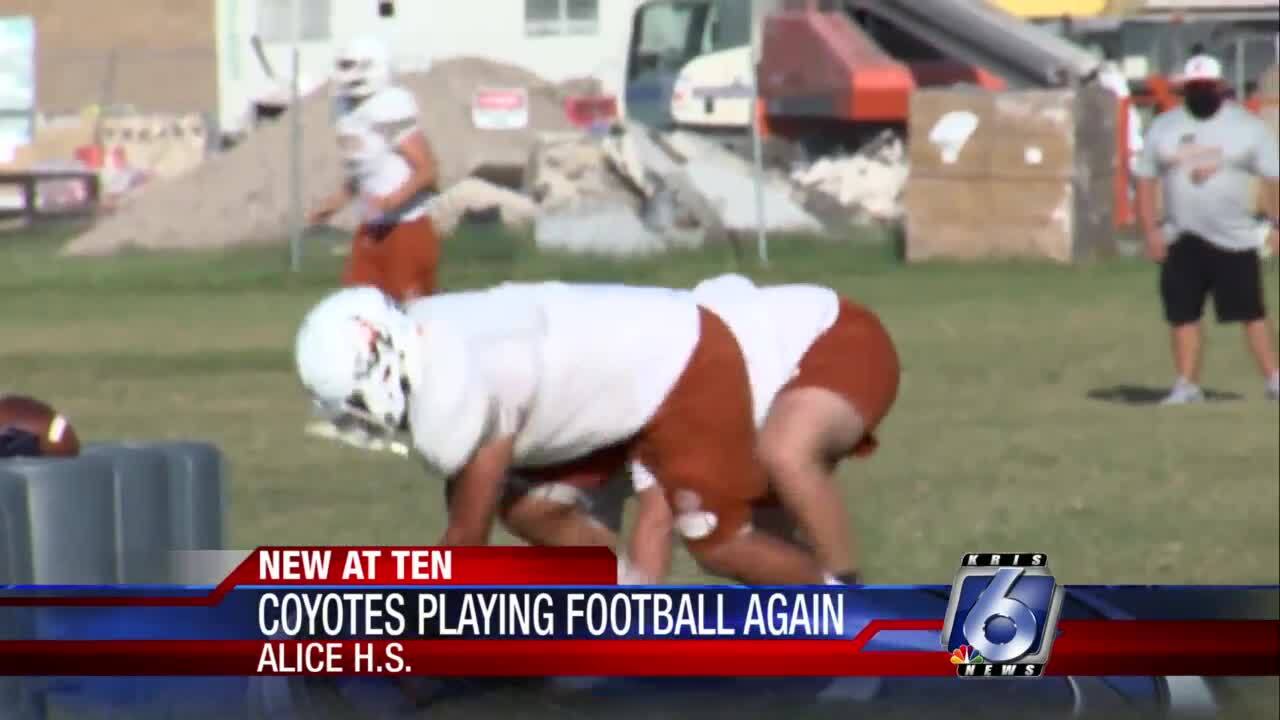 After having their entire athletics program shutdown from April to September due to the pandemic, the Alice Coyotes are finally back playing football.

Obviously, they are excited about their return.

COVID-19 19 issues prevented the Coyotes from participating in strength and conditioning until Sept. 7 here in Jim Wells County. And actual football practice did not begin until Sept. 14.

And while most teams in Class 4A had already played three or four games, these Coyotes were happy to play their long-awaited season opener last week.

The players are excited to be playing again

"I thought we were not going to have a season when it was real bad when the second wave hit,” Alice wide receiver/defensive back Matthew Mollina said. “But I am very grateful we are back out here.”

Alice defensive lineman Brian Raab said the return to playing has been meaningful for the entire school.

“It’s real important sir, something we have been waiting for a very long time now,” Raab said. “Ever since the shutdown in March, we worked out on our own and prepared for a moment like this.”

So with just a few short weeks of practice, the Coyotes are getting ready to open district play when they host Miller Friday night. It will be a huge event for a team that knows football is more than just a game.

"There's things that these kids have learned they will carry with them for the remainder of their days,” Alice coach Kyle Atwood said. “So the opportunity for these seniors to play the greatest game that was ever invented, the game of football it's just a true blessing.”

They love their football in Alice, from the coach through the rest of the program.

And Friday night can’t get here fast enough for all of them.