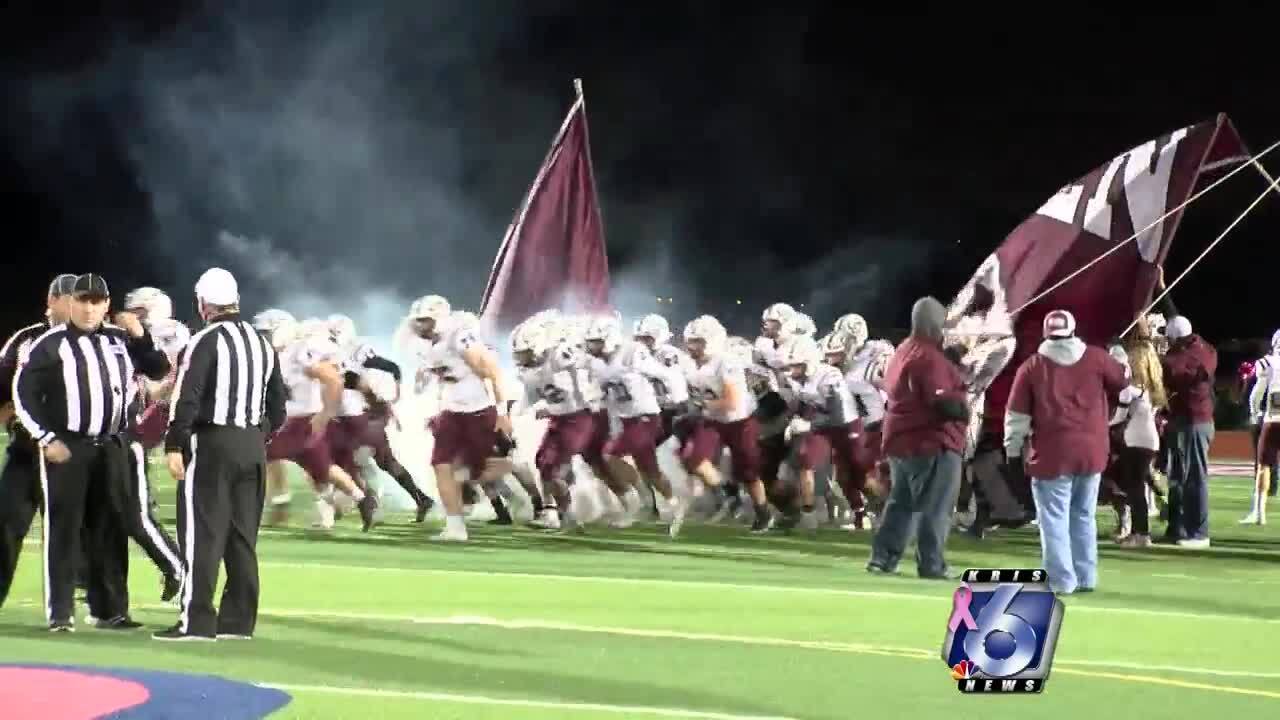 KRIS file photo.
The Calallen Wildcats will drop to Class 4A in the preliminary UIL realignments for 2020-22.

The Calallen Wildcats' game against the La Grulla Gators, originally scheduled for 7:30 p.m. Thursday, has been cancelled.

La Grulla was forced to forfeit the game because of COVID-19 complications.

The forfeiture pushes the Wildcats into the area round of the Class 4A playoffs.

Calallen's next opponent will be decided by the winner of the Canyon lake vs. La Vernia game.

"We have another week to get healthier and work on some things but the most important thing, we walk away from this healthy," he said. "I was concerned about if they had the virus, don't come up here, and they were very good about that. I admire their decision because they didn't get to play either, so you have to think that was a big decision they had to make."