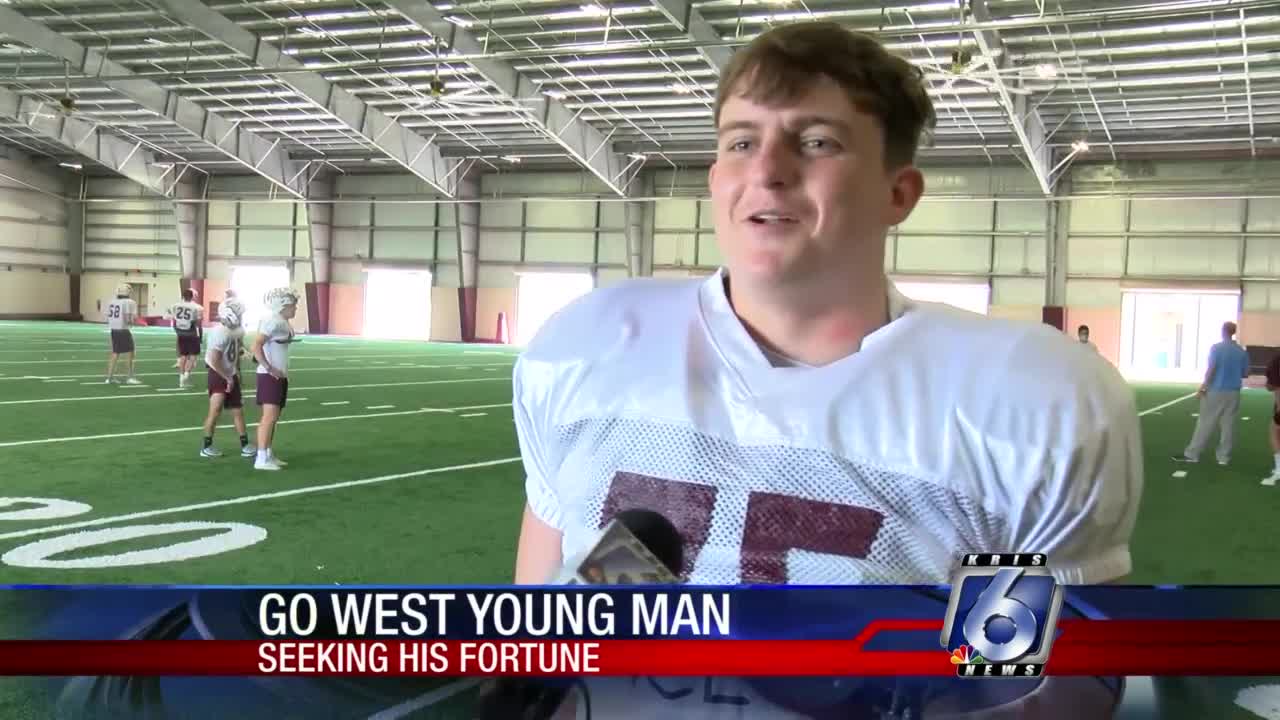 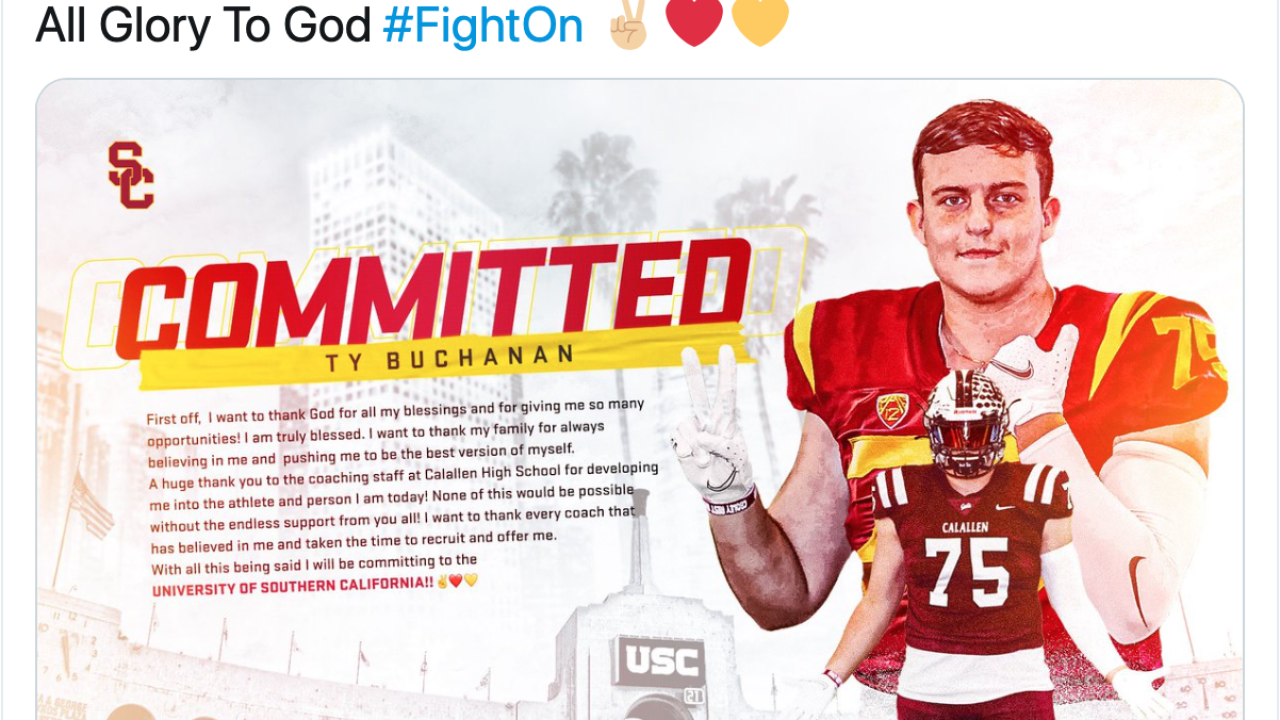 Checking in at 6-feet-6 inches and 280 pounds, he is without question the biggest player for the Wildcats.

Buchanan is also one of the best offensive line prospects in the state of Texas.

247sports, a college sports website the specializes in recruiting, ranks him as a three-star prospect and one of the best 300 players in the state.

The senior made the announcement via Twitter, his finger over the send tweet button for a long time.

"I wanted to send the tweet for about a week, a week and a half," he added.

Buchanan made the decision to go play football at one of the most prestigious programs in the country. His head coach, Phil Danaher, is excited for him, but wishes he was staying a little closer to home so that he could watch him play in person.

Buchanan seems to have all intangibles to make it big in college football.

"He is big, strong and physical," said Calallen quarterback Terik Hickmon. "It's great having his protection."

Buchanan still has the rest of the high school football season ahead of him; one he hopes ends with the Wildcats winning a state championship.

But there is no denying that Buchanan's dreams are coming true.

"I've thought about this my whole life," he said. "Just playing against the best competition I can play against so I'm looking forward to it."