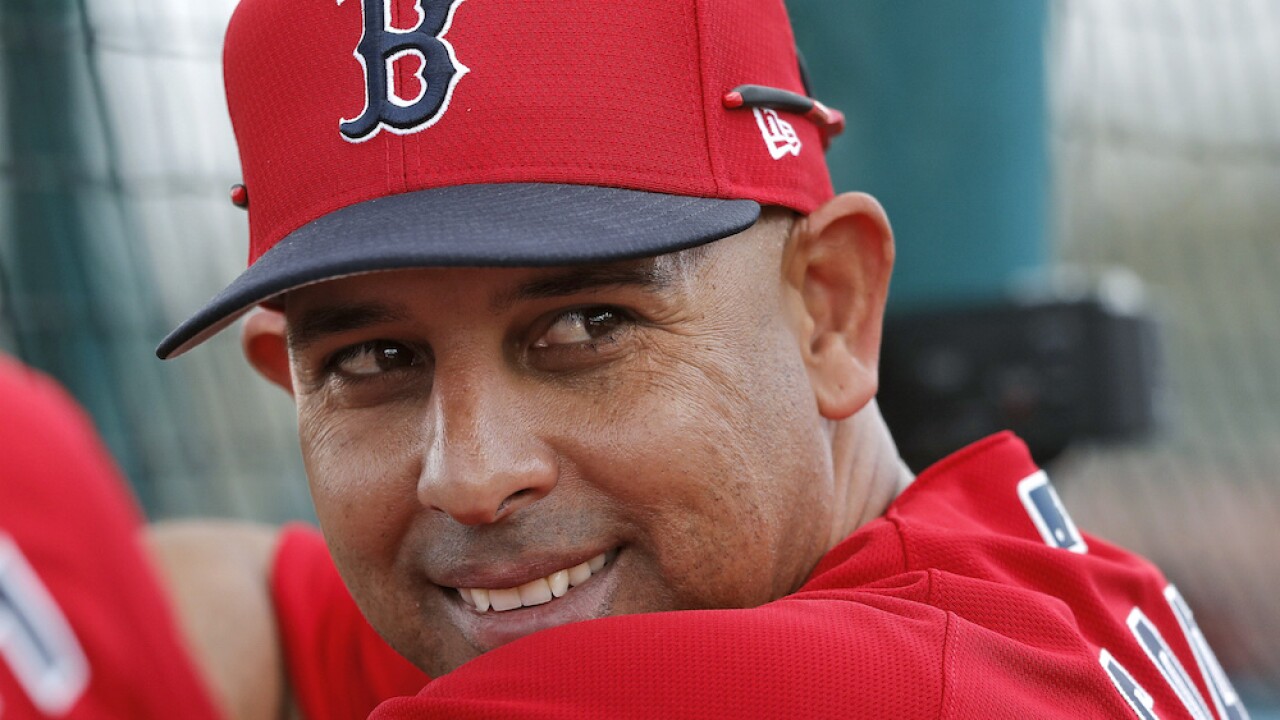 Copyright 2019 The Associated Press. All rights reserved.
Gerald Herbert/AP
FILE - In this Feb. 18, 2019, file photo, Boston Red Sox manager Alex Cora smiles from behind the batting cage during their first full squad workout at their spring training baseball facility in Ft. Myers, Fla. The Red Sox rehired Cora as manager Friday, Nov. 6, 2020, less than a year after letting him go because of his role in the Houston Astros cheating scandal. (AP Photo/Gerald Herbert, File)

The team decided about a week after Cora finished the one-year suspension handed down by Commissioner Rob Manfred for sign-stealing while he was the bench coach in Houston in 2017.

The move returns him to the Boston dugout less than a year after the ballclub let him go because of his role in the Houston Astros cheating scandal.

Major League Baseball said the Astros decoded pitch signs by using their video replay system. To alert the batter, members of the Astros would relay the information with a noise, which included banging a trash can.

In April, after an investigation into the Red Sox, MLB stripped the Red Sox of their second-round pick in this year's amateur draft for breaking video rules in 2018. The league suspended then-former manager Cora through the 2020 postseason, the Associated Press reported.

Per the AP, MLB also suspended the Red Sox's replay system operator J.T. Watkins after they found that he used in-game video to revise sign sequences provided to players.

Cora joined the Red Sox in 2018 and led them to the World Series championship.