Women in the fishing industry blazing new trails during pandemic 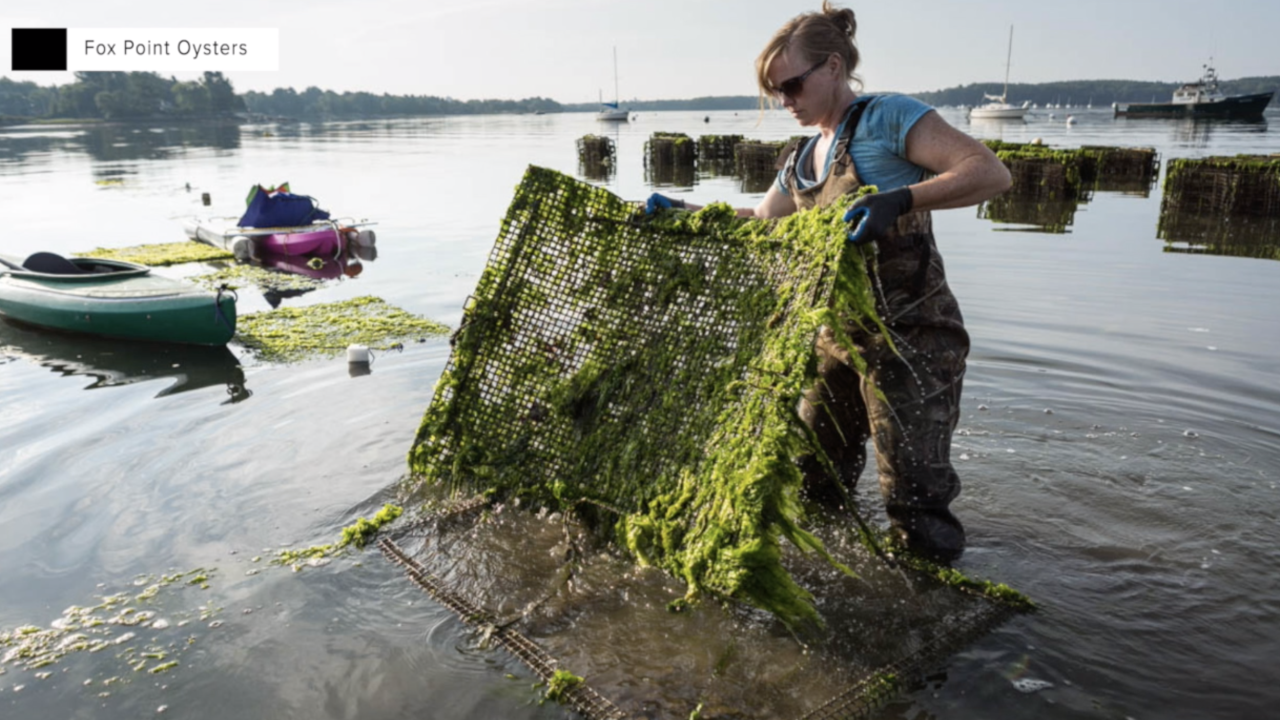 With the same kind of certainty as with the tides that come in and out of the picturesque coastal New England town, the Heidi and Elisabeth fishing vessel returns to its dock in Portsmouth, New Hampshire each night, the stern of the boat loaded down with hundreds of pounds of fish.

The reward for a 14-hour day of fishing in rough seas for this crew is the nightly weigh-in. Halibut, monkfish and cod fill the barrels unloaded off the Heidi and Elisabeth. But even in this New England town worthy of a postcard, COVID-19 has found a way to impact both land and sea.

This boat is named after Heidi Marquis. Her older brother, Jim, is typically at the helm. When the COVID-19 pandemic hit, wholesalers who would typically buy his fish disappeared.

“It was hard for me to watch him not be able to provide for his family,” Marquis said while standing on the back of the boat that’s her namesake, as it cruised through the bay.

Like so many other small business owners across the country, Marquis couldn't bear to watch the family business sink, so she got to work using her skills as a career corporate marketer. In May, she founded The Daily Haul, a new family business that sells fish directly to consumers.

“We were pulling in fish every day and it wasn’t going to local consumers, so we had to create that market,” she explained

She quickly realized there were other women in the fishing industry struggling and being underrepresented, so she got to work with her female counterparts trying to sell their products as well.

“I was ready for the best year ever, and then COVID,” said Laura Brown, the owner of Fox Point Oysters.

Brown, too, found herself having to reinvent her business model, finding new ways to sell her oysters online directly to consumers in the area as traditional wholesalers disappeared. Marquis helped Brown expand to new farmers' markets in the area.

But both women know they're in the minority in the fishing industry. Nationally, only 40 percent of US businesses are women-owned.

“I’ve had a couple careers in my life and they’ve always been male-dominated, so I stopped seeing it for a long time,” Brown explained as she stood on a dock overlooking the Atlantic Ocean.

Both women’s spirits of ingenuity also seem to be spanning generational gaps here in New Hampshire.

Following the trail being blazed by both Brown and Marquis, 15-year-old Ella Byrne began her own business at the height of COVID-19. This unassuming, well-spoken teenager recently got her commercial lobster fishing license and is now selling her lobsters out of her parent’s garage.

“It’s a very male-heavy industry; I’m the only girl who fishes,” Byrne said as she weighed some of the lobsters she recently caught.

With guidance from Marquis, Byrne has been able to learn the ins and outs of customer service. She advertises on Facebook and has tapped into a farm-to-table movement that’s gaining new strength during the pandemic. Even as a 15-year-old student, she’s seen the importance of women supporting one another.