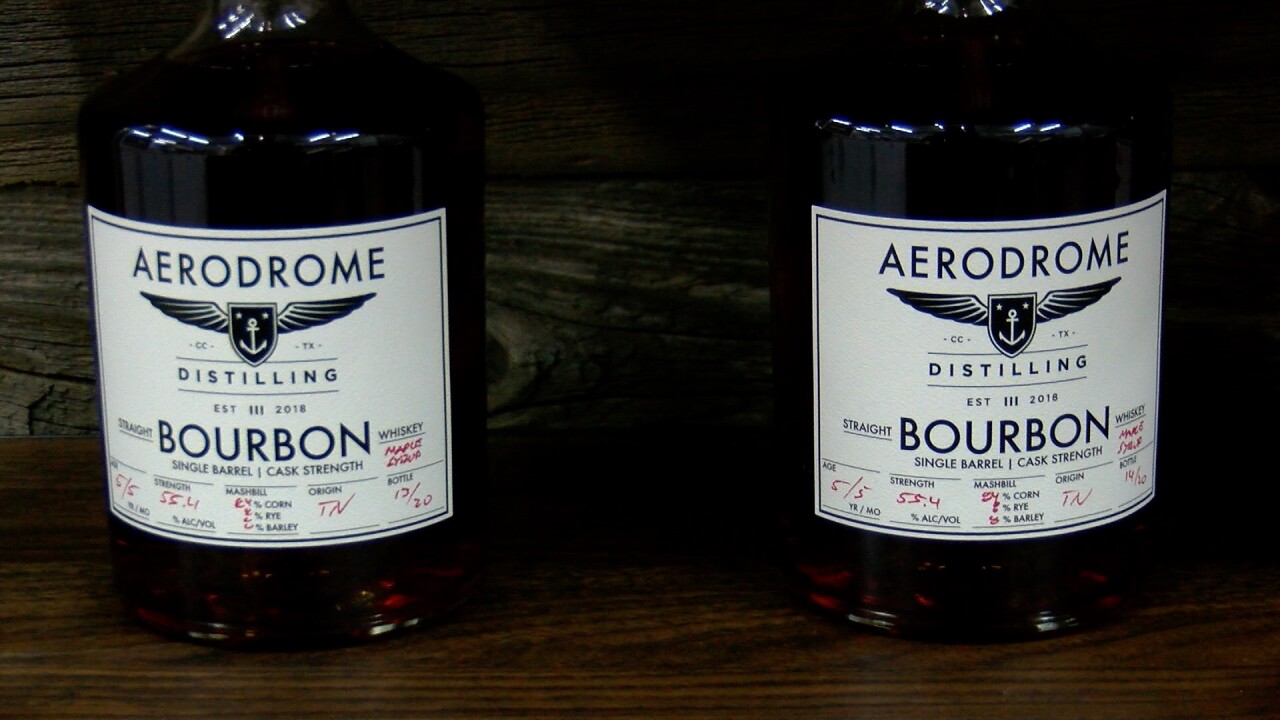 The alcohol industry suffered a big hit throughout the COVID-19 pandemic.

Bitz opened the doors to Aerodrom Distilling last November, and in March closed its doors because of the pandemic.

While closed, Bitz found a way to do some good for the community and also bring in some money.

"We found ourselves in the very very fortunate position of having 300 gallons of pure alcohol available to us when cover hit," he said.

Within a short time, Aerodrome Distilling were producing their own hand sanitizer.

Bitz said $7,000 worth of hand sanitizer was donated to the City of Corpus Christi.

"After we donated that initial batch, we then sold it to try and kind of recoup some of our more some of our money and prepare for when open again," said Bitz.

After six months of being closed, Aerodrome Distilling re-opened this month.

"We're open now, we're selling food," he said. "So, we've kind of evolved with the pandemic."

Bitz said there was left over alcohol, that was now to be used producing a new product - gin.

"It's given me a lot of courage to do a little bit more risky things with the business now that we're open again," said Bitz, who just made an investment on a new bourbon that will eventually become Corpus Christi's first 20-year bourbon.