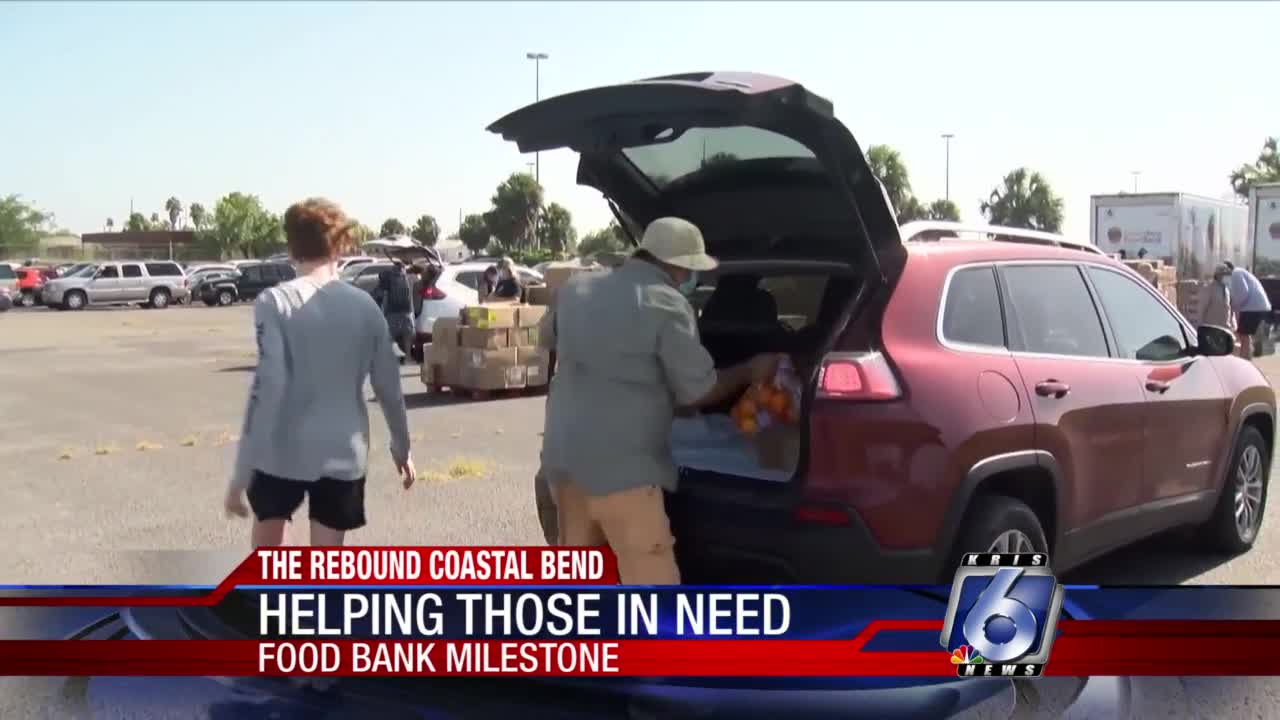 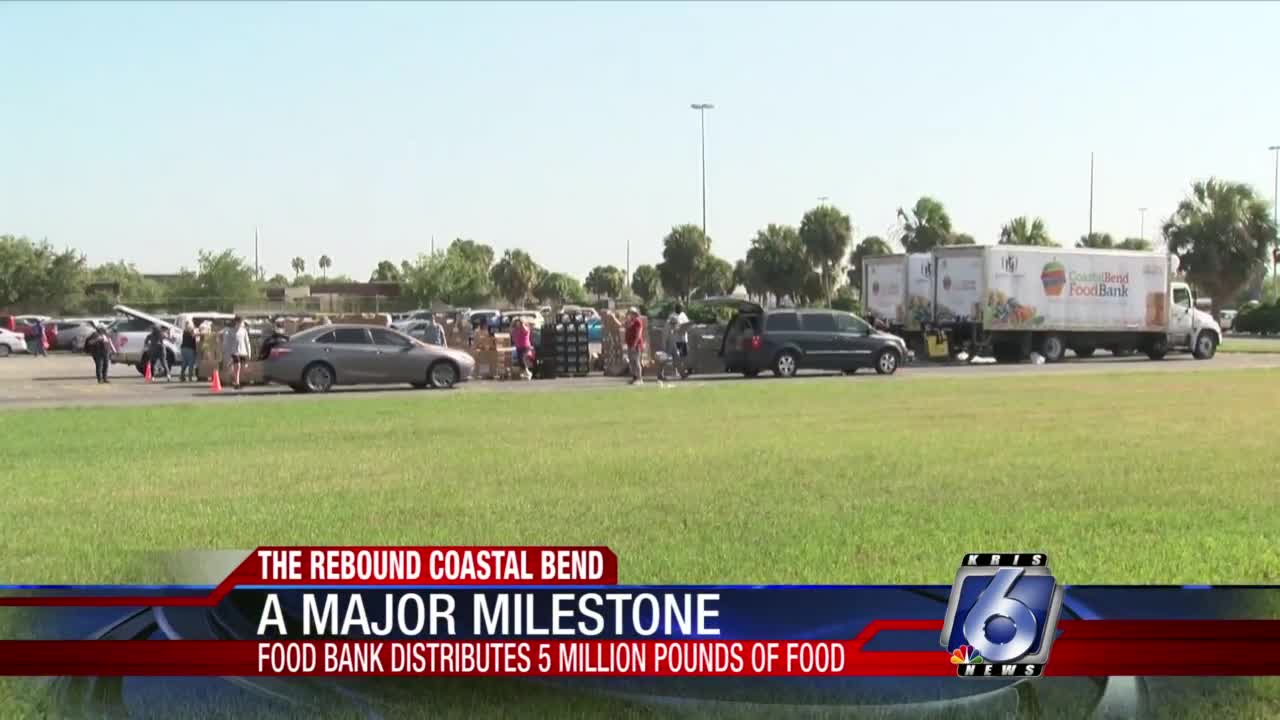 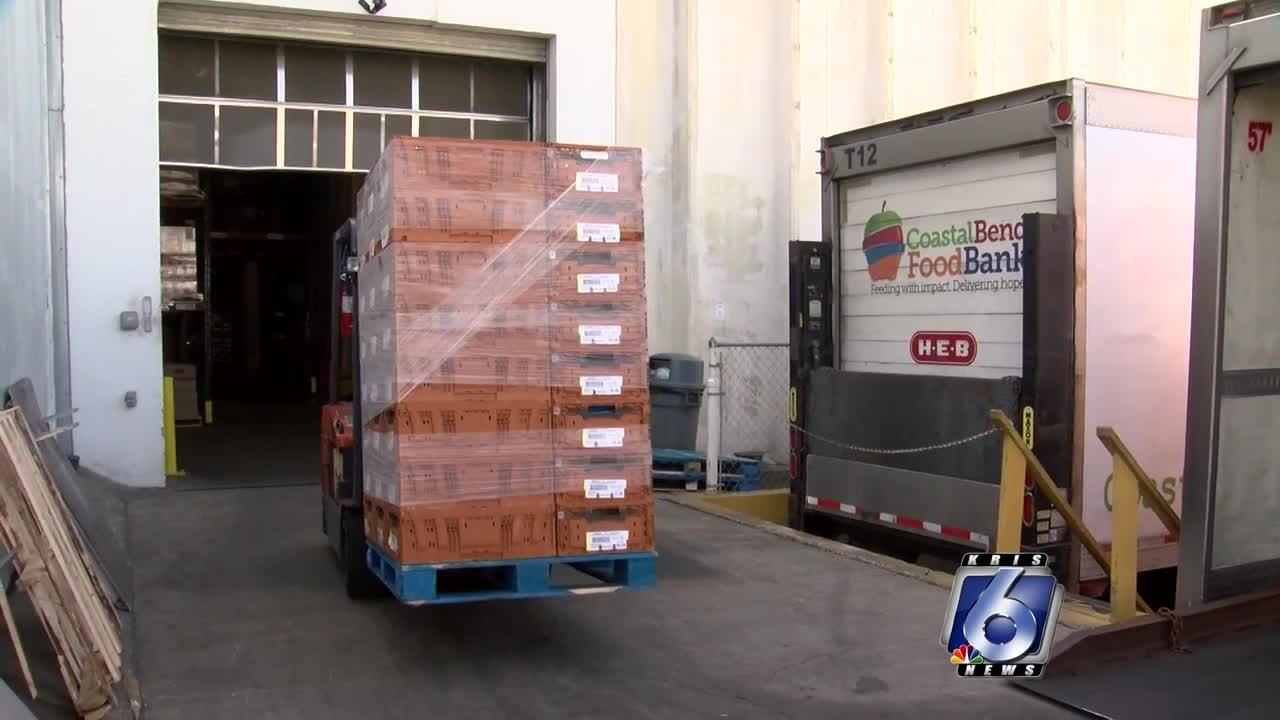 The Coastal Bend Food Bank is packed with food right now, and the volunteers are putting in plenty of hours to make sure people get what they need.

"It's been pretty busy," said volunteer Efran Romero. "There is a lot of movement going around here."

This was not always the case, especially at the start of the COVID-19 pandemic.

"In the beginning, we were really short of food," she said.

Hanson said it was about two weeks away from broke when the community stepped up to the plate and helped the food bank get out of the hole.

"People realized that our service to the community was vital," she said.

Now, it is setting records and thriving.

Since March, Hanson said the food bank has distributed around 5 million lbs. of food to families in need in the Coastal Bend area. She estimates it will have distributed close to 13 million lbs. in the fiscal year; a new record.

From pickups at the food bank to distributions taking place all over its 11-county region, the Coastal Bend Food Bank is feeding many local and area families. During the pandemic, it has found a way to go above and beyond the call of duty, even delivering food to those who are unable to leave their houses.

One woman, who did not disclose her first name to KRIS 6 News, was diagnosed with COVID-19 and could not leave home. In desperate need of food, the food bank went to her.

She declined to speak with KRIS 6 News, but did share a video.

"Thank you so much," she said. "I don't know what we would do without your assistance as we are quarantined at home, and are unable to go to the store. Thank you very much, and God bless."

The Coastal Bend Food Bank is putting food on people's tables, and it said it couldn't do that without its hardworking staff and volunteers.

"Nobody complains when we realized that we needed to be out in the heat, that sometimes we have do it after 5 o'clock ," Hanson said.

The food bank will have more food distributions, they have not announced when their next one will take place.