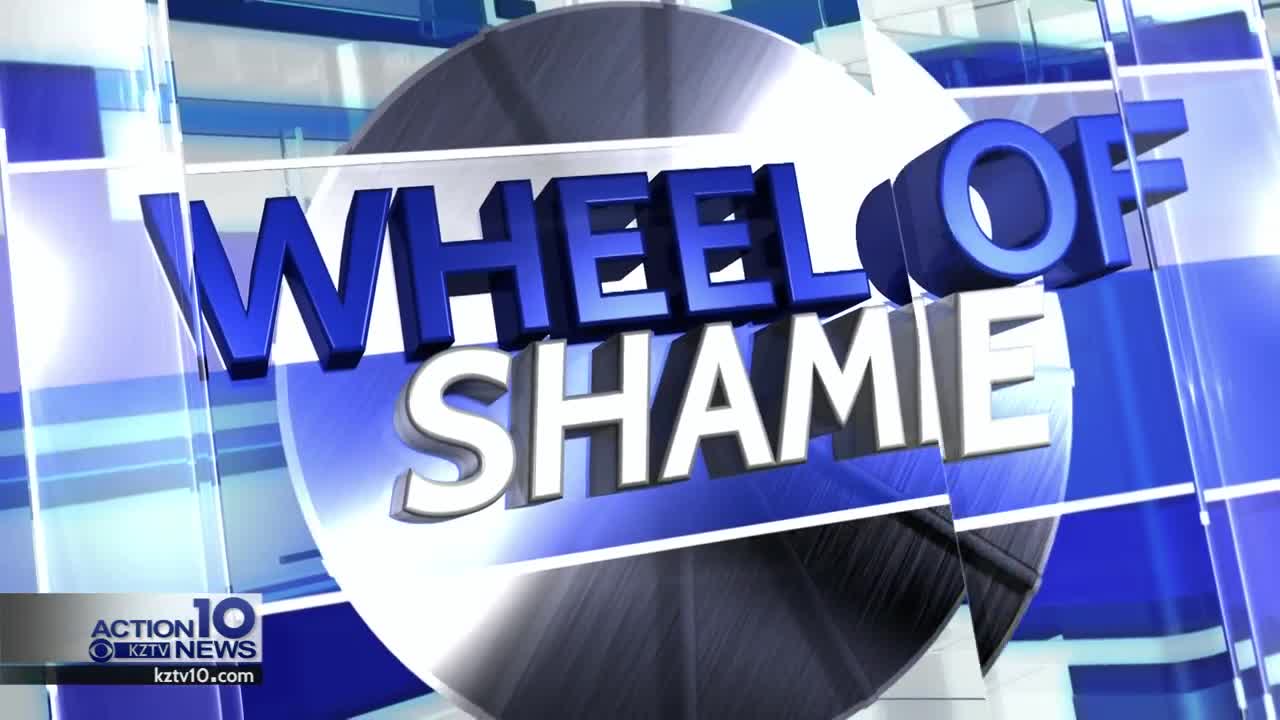 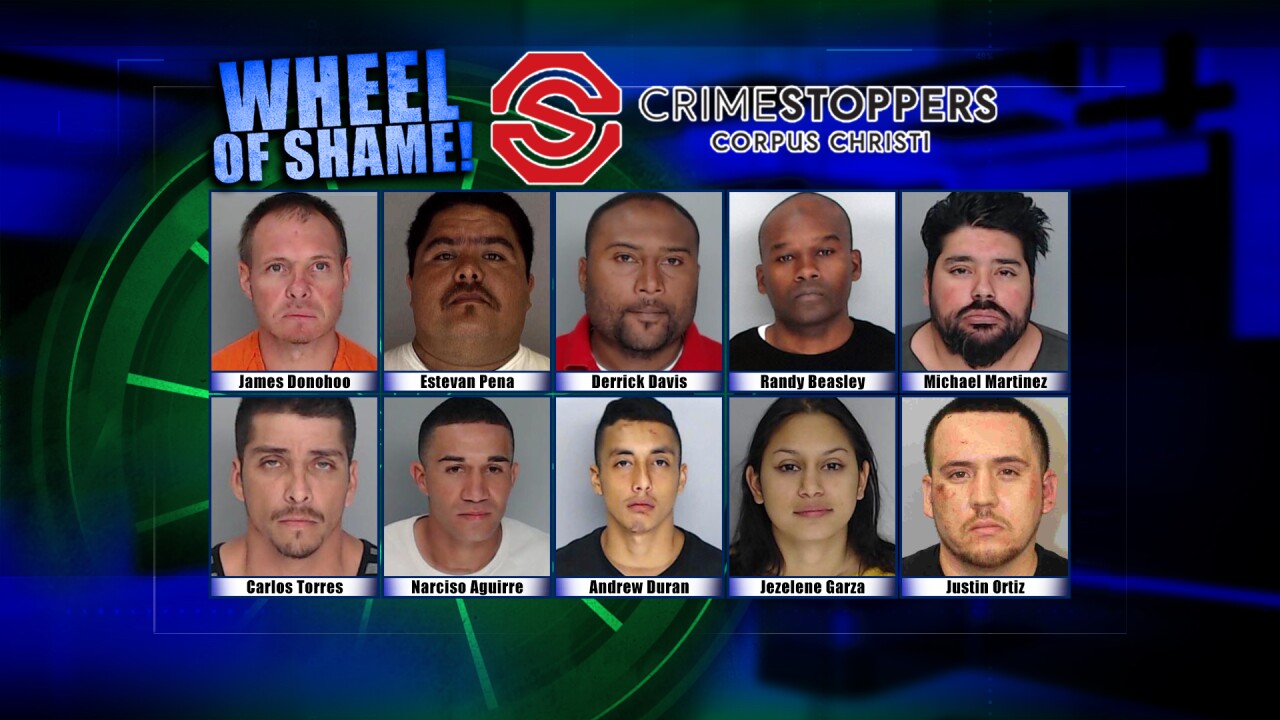 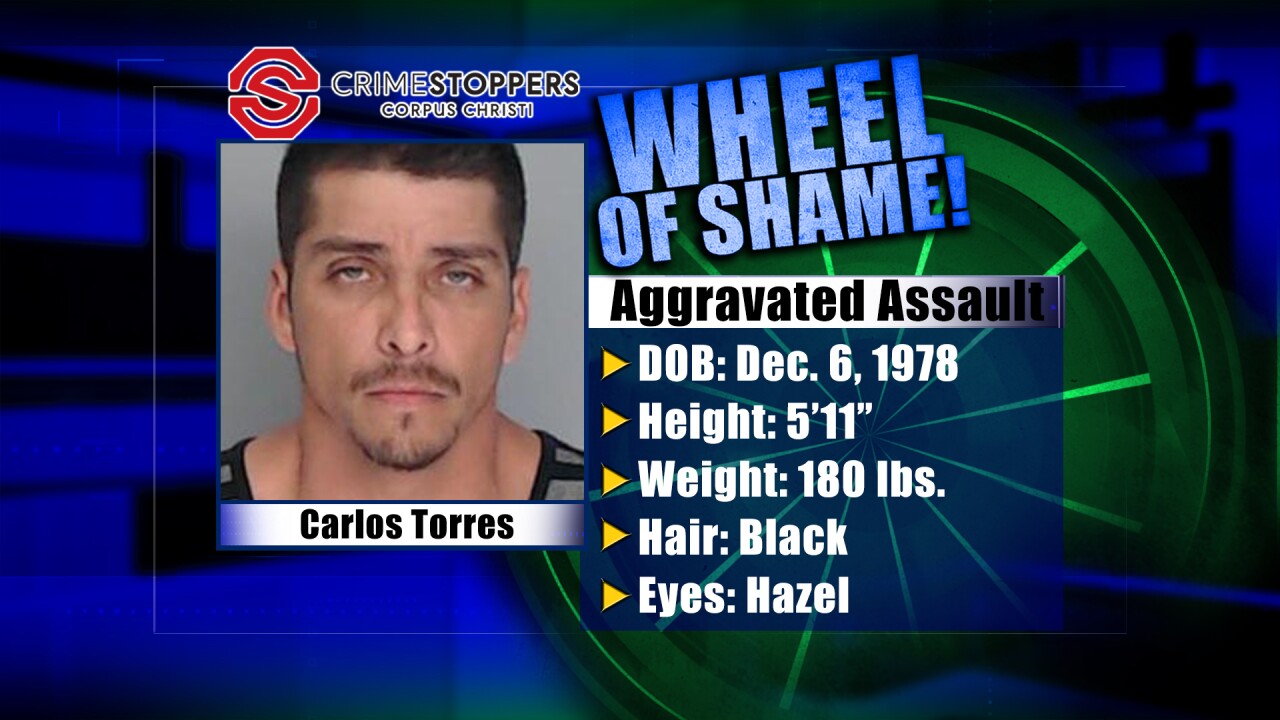 CORPUS CHRISTI, Texas — Action 10 has teamed up with Crime Stoppers and the Nueces County Sheriff's Office to put Nueces County's most wanted fugitives behind bars.

The Wheel of Shame airs every Wednesday.

Here's how it works: we spin the wheel and it lands on a fugitive's mugshot.

This week the Wheel landed on Carlos Torres.

Torres is wanted on a motion to revoke probation for aggravated assault with a deadly weapon.

If you know the whereabouts of Carlos Torres or any of the fugitives on the Wheel of Shame give Crime Stoppers a call at 888-tips (8477).