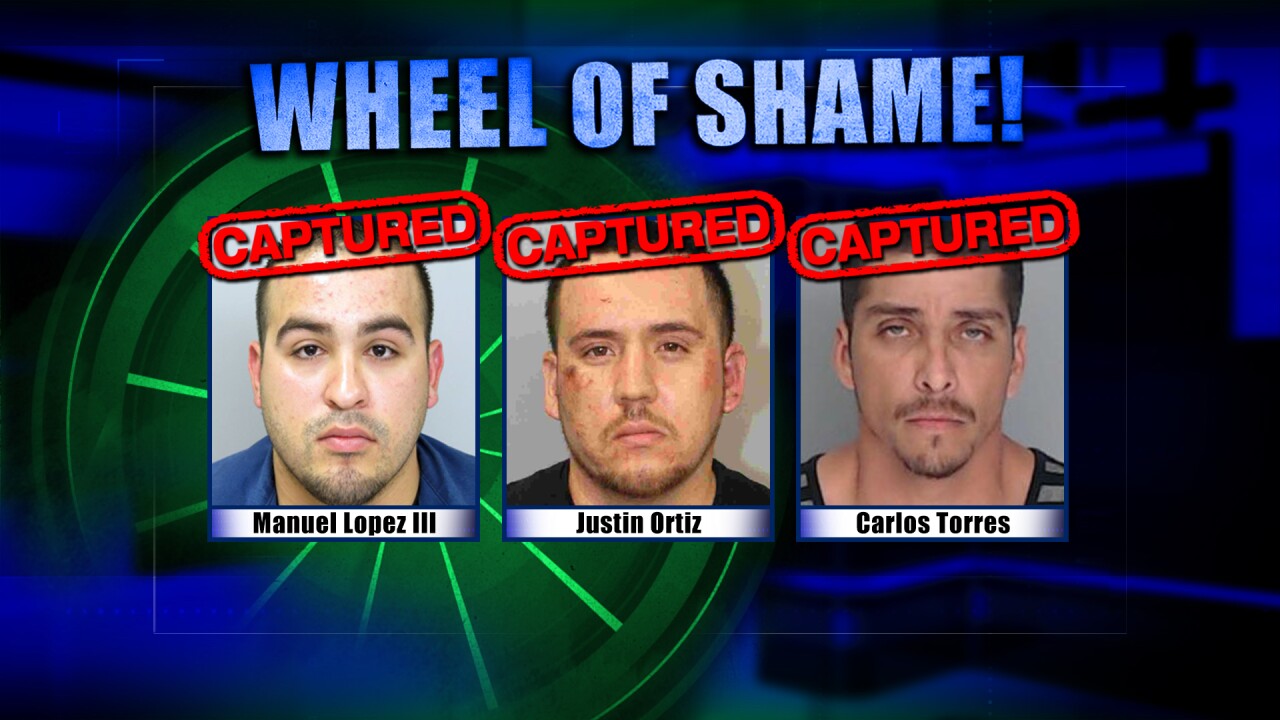 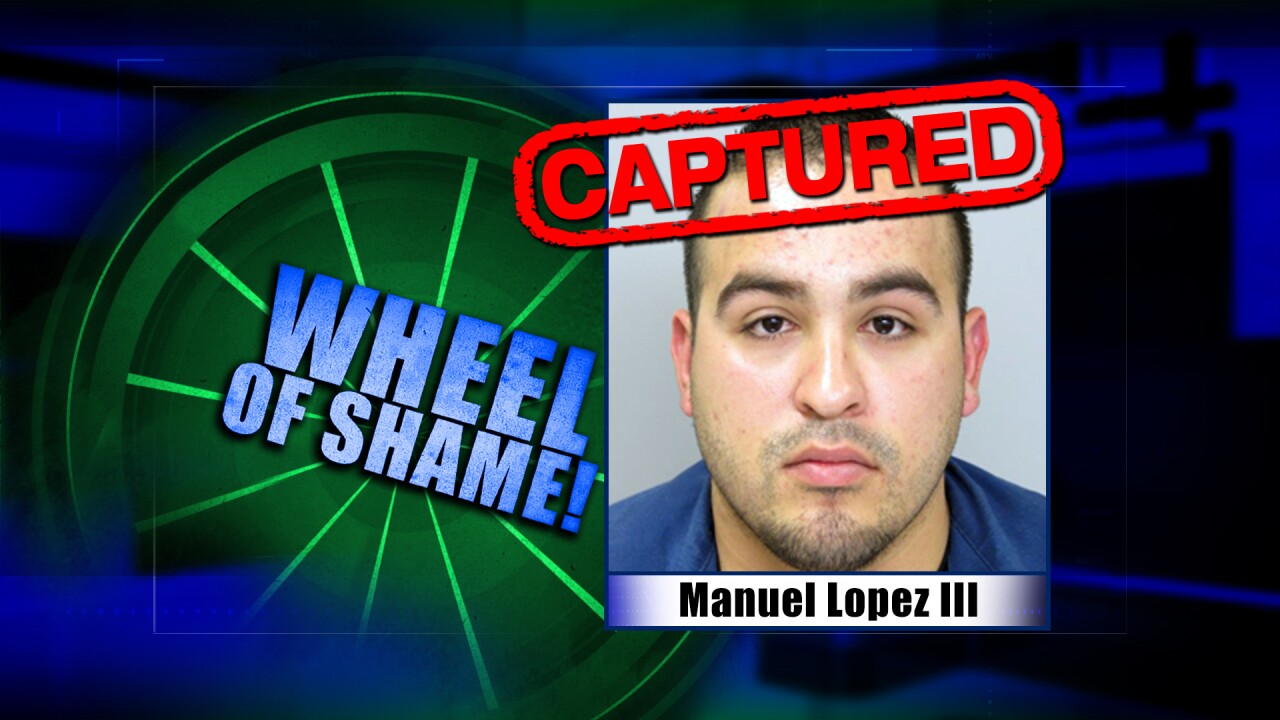 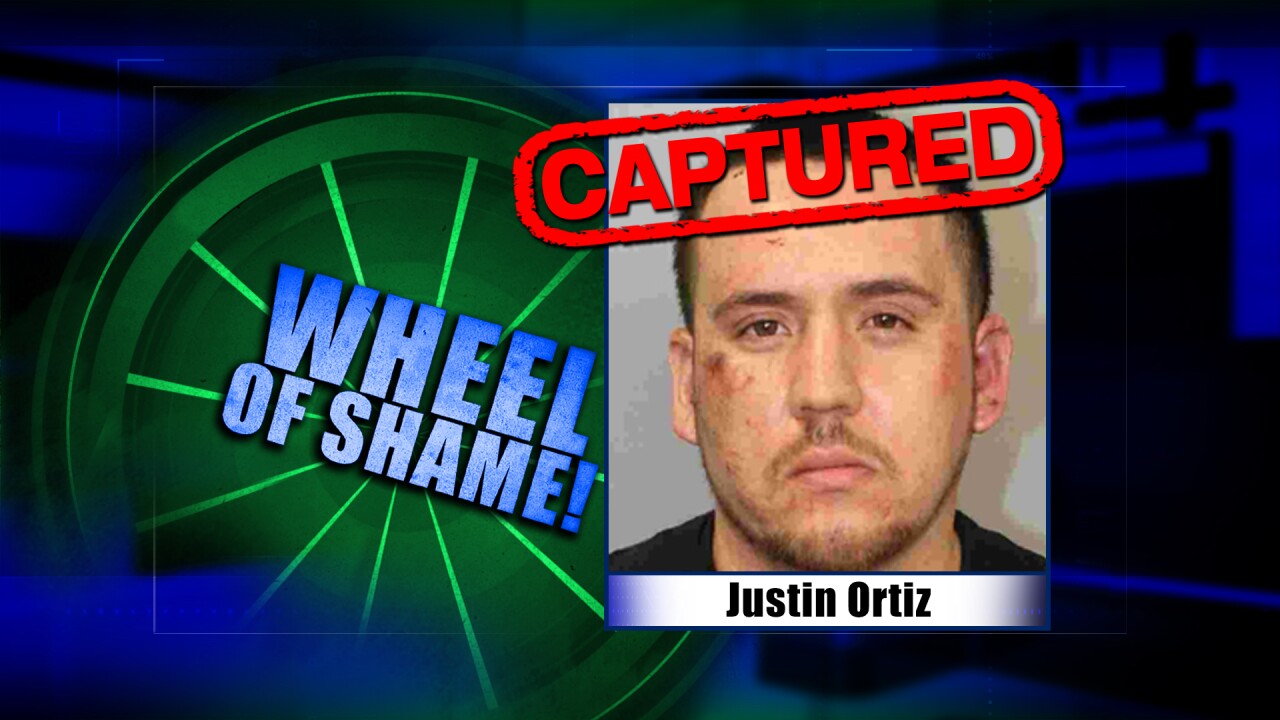 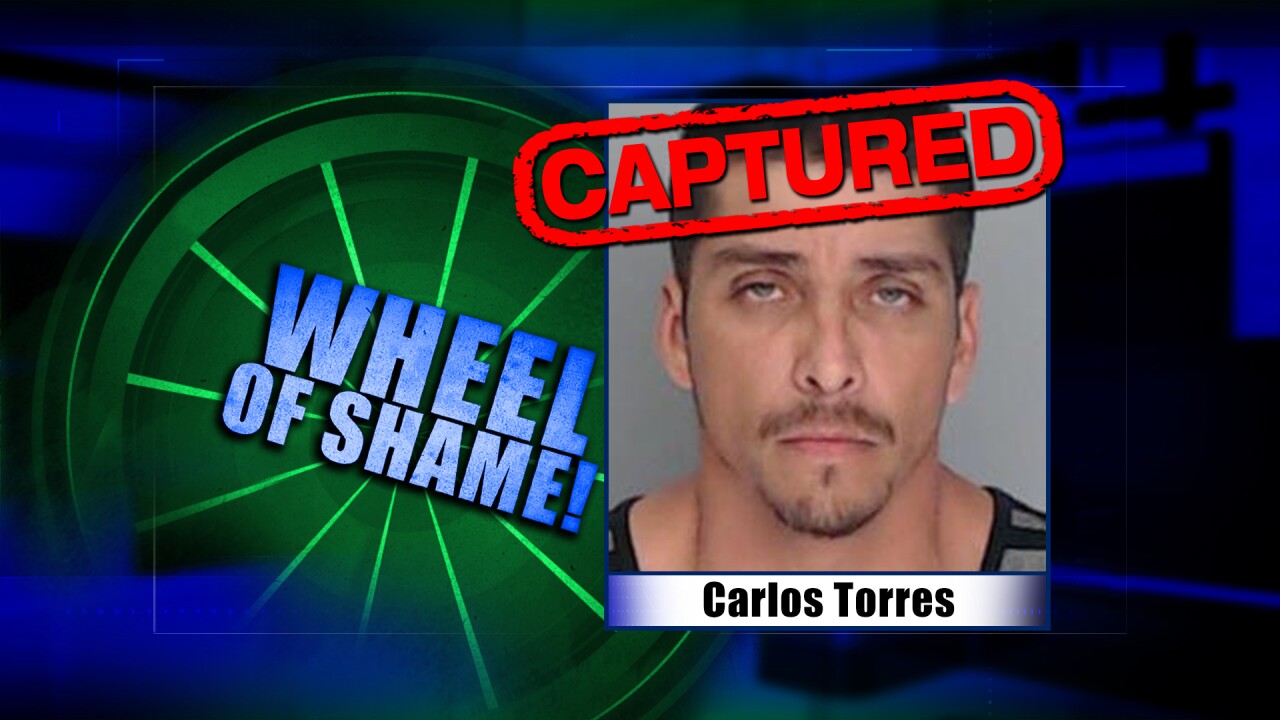 The Wheel landed on Manuel Lopez III two weeks ago.

He was wanted for assault family violence.

Ortiz was wanted for injury to an elderly with intended bodily injury.

Carlos Torres was the chosen one just last week.

He was wanted on motion to revoke probation for aggravated assault with a deadly weapon.

So the number of arrests made since the Wheel of Shame began is now 392.