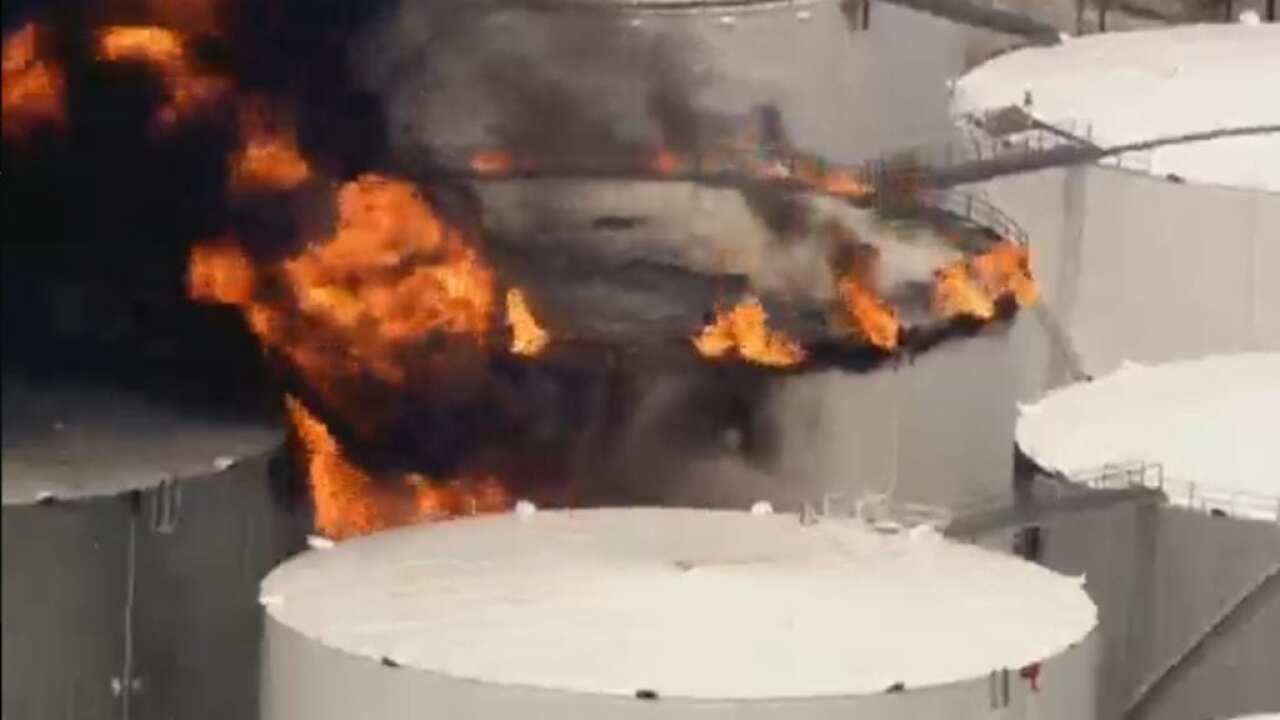 HOUSTON - Researchers are uncertain about the environmental impact of toxic chemicals used to extinguish a three-day blaze at a Houston-area petrochemical storage facility after some leaked into a busy commercial waterway.

The fire at the Intercontinental Terminals Company facility in Deer Park began in a naphtha tank March 17, igniting other tanks at the plant and sending plumes of thick, black smoke over the area. The fire and resulting air pollution forced the closure of roads, schools and the Houston Shipping Channel. It triggered air quality warnings but caused no injuries.

Foam used to control the spread of the fire was inadvertently released into the channel when a containment wall failed. Researchers with the Galveston Bay Foundation and Texas A&M Superfund Research Center spent months collecting and analyzing water samples from the channel and uncovered traces of perfluoroalkyl and polyfluoroalkyl substances, known as PFAs, the Houston Chronicle reported.

PFAs have been in use since the 1940s and can be found in products including food wrappers, fabrics and firefighting foam. Some PFA compounds have been linked to illnesses including cancer.

"The area where the fire was tidal, so the tides flow upstream and downstream a couple of times a day. So basically this stuff just sloshed around for a while before it could flush into the system into Galveston Bay proper and ultimately be flushed down into the Gulf of Mexico as well," Bob Stokes, director of the foundation, said while presenting the researchers' findings in Seabrook last week.

Stokes said people aren't drinking water from the channel, and it's unlikely anyone is swimming in it. But he expressed concern that that the chemicals don't break down, and that researchers don't know how they could harm fish and the people who fish in the area.

"For the vast majority of these compounds, there aren't any regulatory limits at all and very little data on toxicity to use as a benchmark to compare whether or not levels we found are or are not of concern," said Weihsueh Chiu, professor at Texas A&M.

Stokes said the testing of samples from the channel is only a first step.

"What it doesn't do, and what we think there needs to be more research on, is what it really means, what health impacts might be caused because of this," Stokes said.