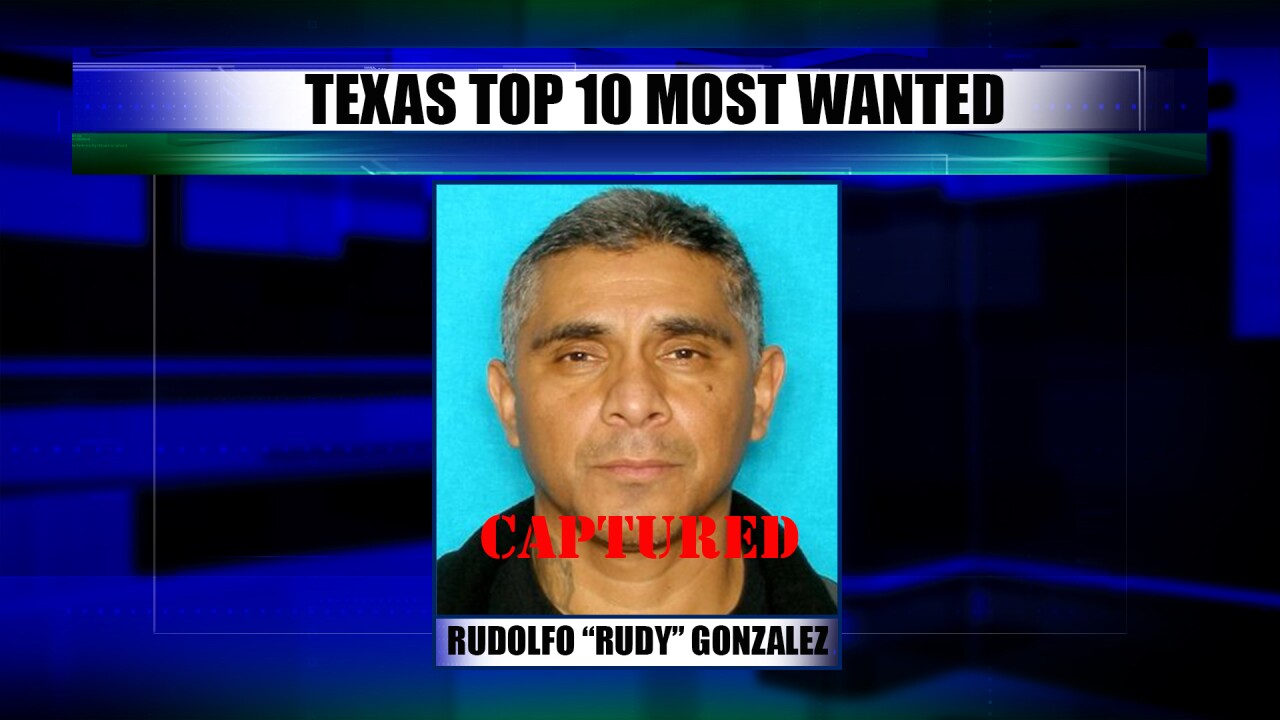 CORPUS CHRISTI, Texas — A fugitive who has been on the Texas 10 Most Wanted list has been captured thanks to a tip called in to Crime Stoppers.

Rodolfo Ortiz Gonzalez, 54, was captured on September 6 in Lubbock, Texas. Law enforcement says Gonzalez is a Texas Syndicate gang member. He was wanted for parole violation. His arrest came as the result of a Crime Stoppers tip, and a reward of $7,500 will be paid.

That tip led to Gonzalez's capture at a motel in Lubbock. Gonzalez had been wanted since February after the Texas Board of Pardons and Paroles issued an arrest warrant for parole violation. In the late 1980s,he was convicted in Hale County of Aggravated Robbery with a Deadly Weapon. He was sentenced to 35 years in prison and was released on parole in 2012. In November 2014, he was arrested in Lubbock for Aggravated Assault with a Deadly Weapon and later convicted of Assault Causes Serious Bodily Injury.

So far this year, DPS and other agencies have arrested 19 Texas 10 Most Wanted Fugitives and Sex Offenders, including nine sex offenders and eight gang members. In addition, $32,500 in rewards have been paid for tips that have yielded arrests.

Texas Crime Stoppers, which is funded by the Governor’s Criminal Justice Division, offers cash rewards to any person who provides information that leads to the arrest of one of the Texas 10 Most Wanted fugitives or sex offenders.

To be eligible for the rewards, tipsters MUST provide information to authorities using one of the following three methods:

All tips are anonymous — regardless of how they are submitted — and tipsters will be provided a tip number instead of using a name.

DPS investigators work with local law enforcement agencies to select fugitives for the Texas 10 Most Wanted Fugitive and Sex Offender lists. You can find the current lists — with photos — on the DPS website [dps.texas.gov].

Do not attempt to apprehend these fugitives; they are considered armed and dangerous.