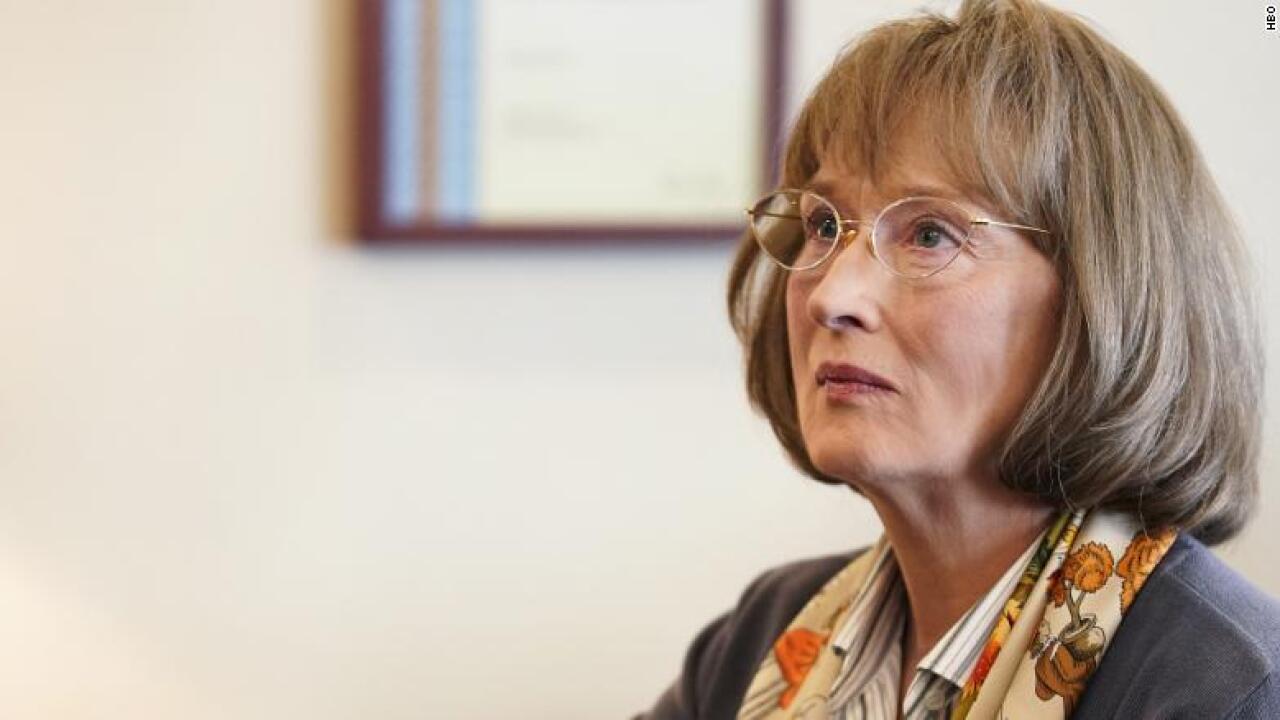 'Big Little Lies' wasted no time catching the audience up on what the women now dubbed The Monterey Five have been up to since the murderous Season 1 finale.

"Big Little Lies: How I Spent My Summer Vacation" reveals to us Celeste (Nicole Kidman) is being haunted by nightmares and a new sorta live-in mother-in-law played by Meryl Streep. It's unclear which one is more bothersome to her.

She says so much to Madeline (Reese Witherspoon) after Madeline has an unfortunate encounter at a coffee shop in which Mary Louise (Streep) insults Madeline and all short people in a single breath.

"You're very short...I find little people to be untrustworthy," Mary Louise says to her face.

The efficiency of Mary Louise's burns is as admirable as her unparalleled ability to work mention of her dead son into every situation. (Example: When Madeline asks how she's doing, Mary Louise replies, "I can't complain. Actually, I can. My son is dead.")

Later, around the dinner table, before letting out one of the most primal screams ever heard on television, she goes after the "mediocre, second-rate, pudgy, balding, middle-management sons" of the world. They don't deserve to be alive, she implies. Her Perry does.

That's why, it seems, she's determined to find out the truth about what happened to him. She doesn't believe the story that was given to police. And neither do the police, the women later learn.

Elsewhere, Madeline is busy -- and busybody -- as ever, Jane (Shailene Woodley) has a new job that's probably not going to put her in her friends' tax bracket any time soon, Renata (Laura Dern) is as Renata as ever, and Bonnie (Zoe Kravitz) spent an unhappy summer in Lake Tahoe with her family.

The latter prompts particular concern from Madeline, who confronts Bonnie at her home late one night. Turns out Bonnie has a conscience and the fact that she killed a man isn't sitting well with her.

Bonnie tells Madeline that wishes they'd just told the truth — that she pushed Perry — so that she could have gotten off. Instead, she says, Madeline lied that Perry fell and everyone followed suit.

The lie leaves the group with two unsavory choices: to live with their guilt or become the Monterey 5 to 10.

Bonnie isn't the only one struggling with what happened.

Celeste's nightmares are disturbing reflections of her complicated truth. She is a domestic abuse survivor and the part she's had to play since Perry's death -- that of grieving widow -- has not helped her begin the road to healing or closure.

The nightmare that ends the season premiere is one in which Celeste and her friends are all in a police lineup. And as they take their positions, a figure appears on the other side of the glass. It's Perry.

When she wakes, she's still screaming it as Mary Louise runs into the room to comfort her.

After a beat, Mary Louise pipes up. "So, who are we planning to kill?"