Oil prices surge after tanker attack near the Iranian coast 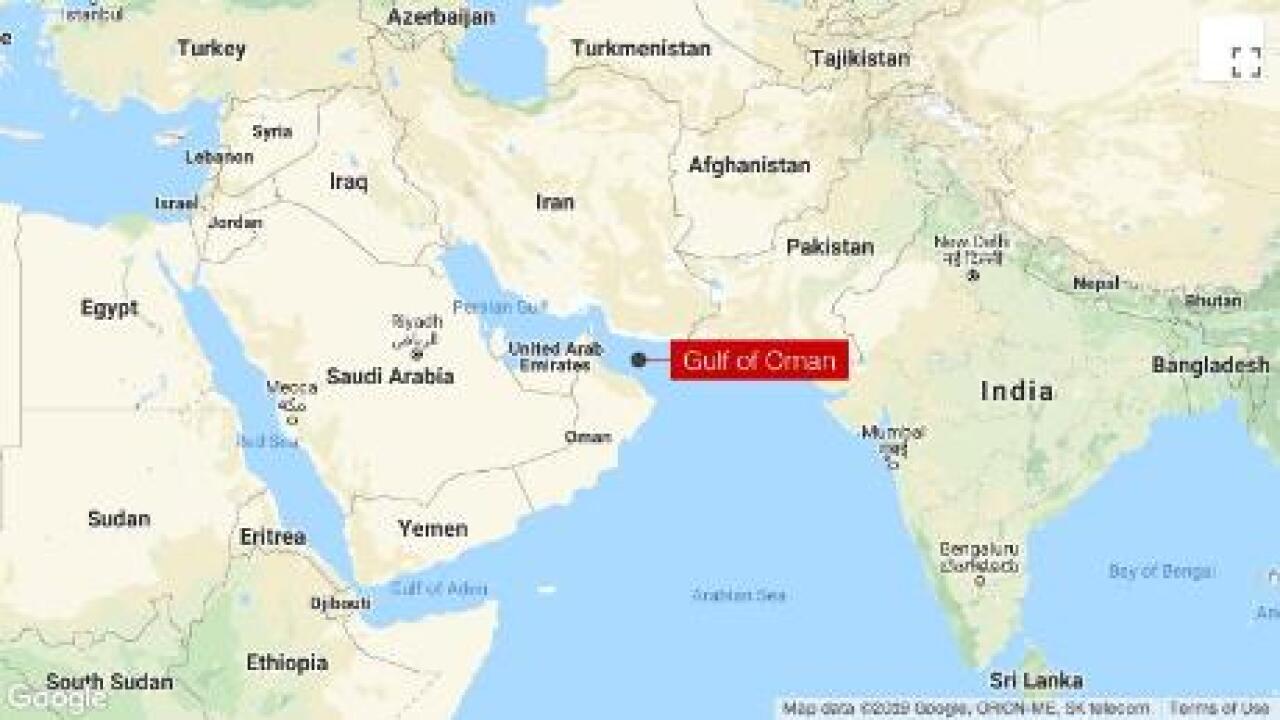 US crude oil futures surged as much as 4% on Thursday after a tanker was attacked in the Gulf of Oman, a key waterway used to transport energy supplies from the Middle East.

The Japanese owner of the Kokuka Courageous told CNN the 27,000-ton tanker had been attacked "by some sort of shell" off Fujairah, a port in the United Arab Emirates. The ship suffered damage to its starboard hull.

The ship's operator, Singapore-based BSM Ship Management, said in a statement that the Kokuka Courageous was about 14 nautical miles from the coast of Iran.

A second tanker, the Front Altair, suffered a fire following an explosion while sailing in the Gulf of Oman, vessel manager Frontline said. The company was unable to provide more details.

United Kingdom Marine Trade Operations, which monitors security in the region, said that it was aware of an incident , and that Britain and its partners were investigating.

An advisory from the agency indicated the incident had occurred near the Strait of Hormuz , a strategic choke point through which roughly 30% of the world's sea-borne crude oil passes.

The Strait of Hormuz links the Gulf of Oman and the Persian Gulf, separating Oman from its eastern neighbor, Iran. Deep enough to handle the biggest tankers, the strait is only 21 miles wide at its narrowest point.

The US Energy Information Administration describes it as the "world's most important choke point," with roughly 80% of the crude it handles destined for markets in Asia.

The attacks come amid rising tensions in the region, where the United States and its Arab allies including Saudi Arabia are increasingly at loggerheads with Iran.

In May, four ships were targeted near Fujairah in what the United Arab Emirates described as a "sabotage attack."

The initial findings of an international investigation into the attacks concluded that a "state actor" was the most likely culprit. Iran has denounced the attack and denied involvement.

US crude futures had been trading near their lowest levels in five months . But they rebounded as traders reacted to reports of the attacks, gaining 3% to trade at $52.70 a barrel by 6:10 a.m. ET.

Crude oil prices have drifted lower in recent months as a huge surge in American production more than offset the effect of US sanctions on oil producers Venezuela and Iran, and OPEC supply curbs.

The cartel's oil production tumbled to 29.9 million barrels per day in May, the lowest level in more than five years, according to a recent report by energy research firm Rystad Energy.

Khalid al-Falih, Saudi Arabia's energy minister, said last week that OPEC and Russia are close to a deal to extend production cuts they implemented at the start of the year. Those cuts are due to expire at the end of June.