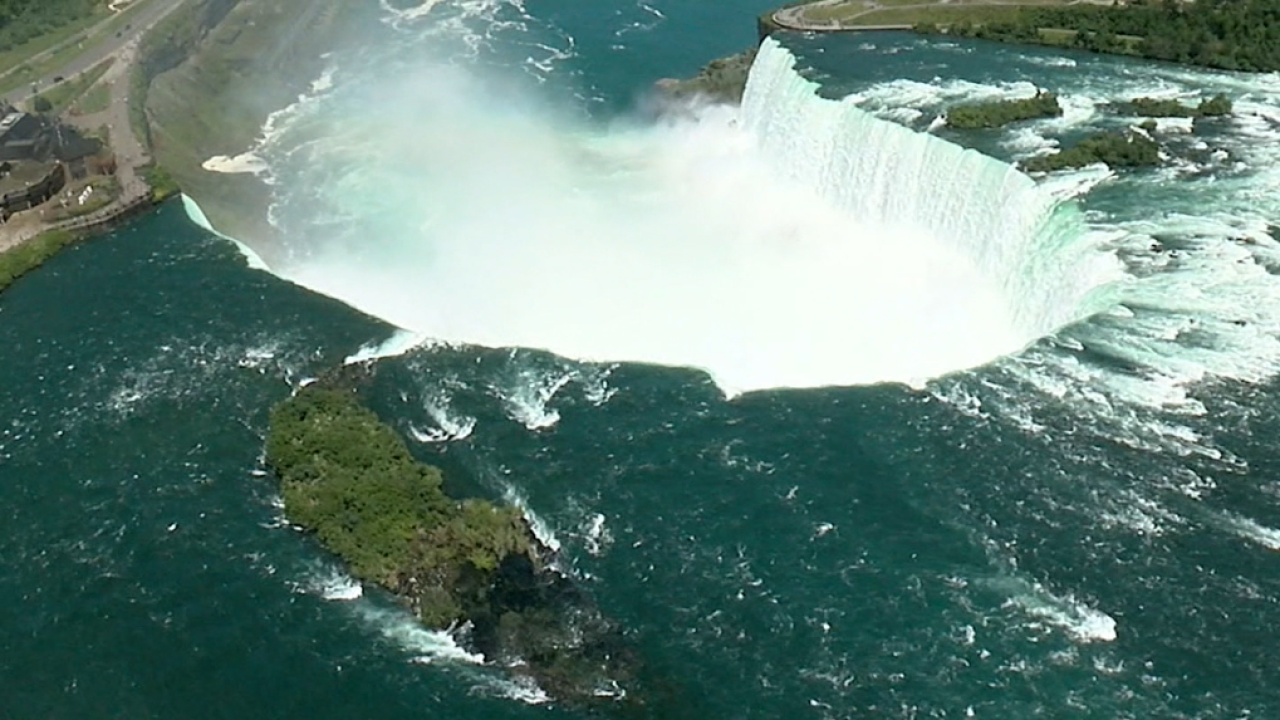 A man escaped with minor injuries after he jumped into the Horseshoe Falls in Niagara Falls, Ontario early Tuesday morning.

According to Niagara Parks Police, the incident happened around 4:00 a.m. on Tuesday. Crews were called to the area after getting reports of a suicidal man at the brink of the falls.

When officers arrived, they say the man jumped into the river and was then swept over the waterfall.

The man was found a short time later sitting on the rocks below the falls at the water's edge, according to police. Officers say he wasn't seriously injured.

The man's name is not being released.

If you or someone you know is struggling with suicidal thoughts, help is out there. The National Suicide Prevention Hotline can be reached 24 hours a day at 1-800-273-8255.

This article was originally published by WKBW .
Copyright 2019 Scripps Media, Inc. All rights reserved. This material may not be published, broadcast, rewritten, or redistributed.