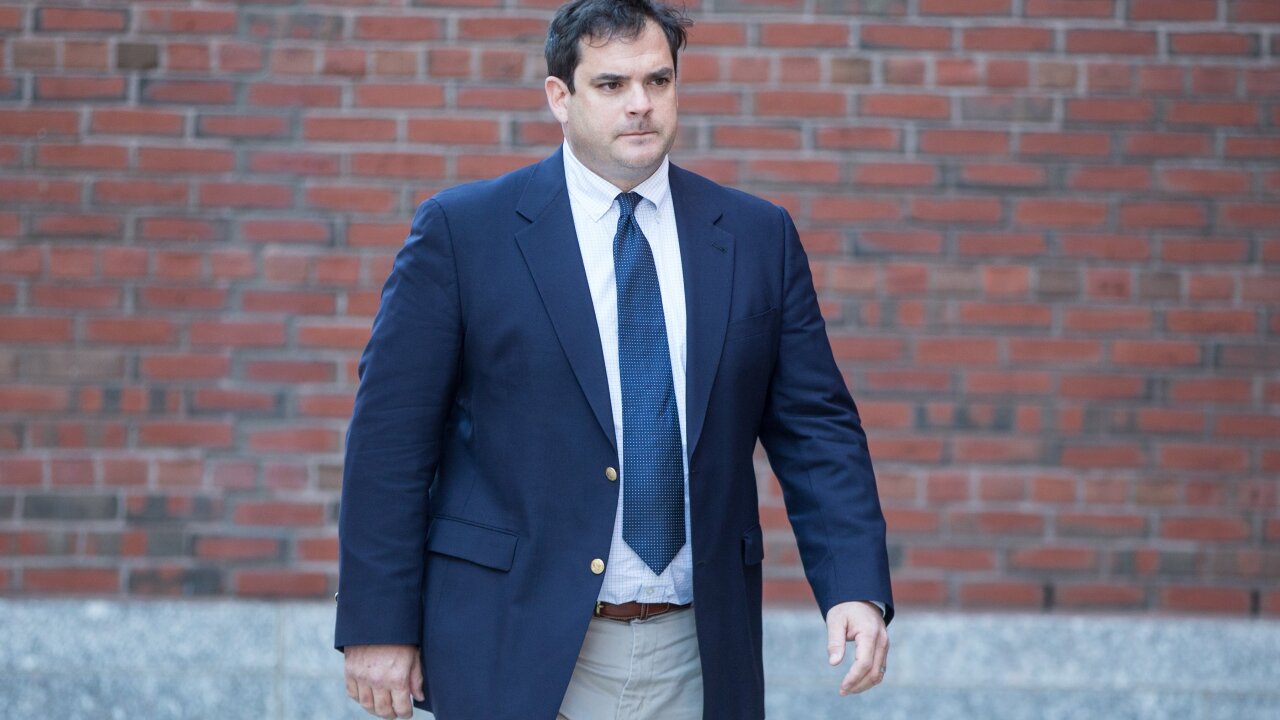 Former Stanford sailing coach John Vandemoer will be the first person to be sentenced in connection with the college entrance scam when he goes in front of a judge Wednesday.

He is among 50 people -- coaches, parents, and members of mastermind William Rick Singer 's inner circle -- who were arrested in connection with the scandal in March.

Vandemoer pleaded guilty to conspiracy to commit racketeering for arranging bribes of $110,000 and $160,000 to the sailing program and then designating two applicants, who had no sailing experience, as sailing recruits, according to his criminal complaint. Neither student completed the application process, university officials said.

Now Vandemoer's fate will be in the hands of Judge Rya Zobel in Massachusetts federal court.

"His actions not only deceived and defrauded the university that employed him, but also validated a national cynicism over college admissions by helping wealthy and unscrupulous applicants enjoy an unjust advantage over those who either lack deep pockets or are simply unwilling to cheat to get ahead," Assistant US Attorney Eric Rosen wrote in a sentencing memorandum filed on June 7.

Rosen recommended 13 months in prison for Vandemoer, arguing that it would help deter others in powerful university positions from similar crimes and that punishment would help restore confidence in the admission system.

Vandemoer's attorney, Robert Fisher, wrote to Judge Zobel in a memorandum on Friday that he should get probation and not a prison sentence, arguing that he didn't pocket any of the money, didn't take any money from the university and that this was his only instance of bad judgement.

"Mr. Vandemoer failed in one instance to live up to the high expectations he sets for himself," Fisher wrote. "He fully accepts responsibility for his mistake. Mr. Vandemoer is determined to make amends for this mistake move on with his life and continue to provide for his family."

Just two days before Vandemoer's sentencing, Stanford University officials submitted a victim impact statement which details how Vandemoer, who traded his slots reserved for student-athletes for bribes, has damaged the university.

"Mr. Vandemoer's actions in this matter are profoundly disappointing and especially so as he had a reputation of caring deeply for his student-athletes," said Debra Zumwalt, vice president and general counsel for Stamford University in a statement.

The impact statement charged that Vandemoer and Singer not only undermined the public's trust in the college admissions process , but also cost the university valuable time and money dealing with the fallout from the federal investigation.

A third student was identified by the university as having worked with Singer and Vandemoer to get admitted into Stanford, university officials said. That student's admission was rescinded and their credits were vacated, according to the impact statement.

Stanford officials previously said the Key Worldwide Foundation , Singer's sham charity, contributed a total of $770,000 to the sailing program in the form of three separate gifts.

That money, Zumwalt said in the statement, was considered tainted, and university officials are working with the California Attorney General to donate that money for the public's good.

"Stanford does not wish to benefit in any way from Mr. Vandemoer's conduct," Zumwalt said.

Twenty-seven letters of support for Vandemoer were sent to Judge Zobel, all pleading for leniency.

Vandemoer's wife, Molly Vandemoer, wrote about how the former university sailing coach found a therapist shortly after his firing and is working toward his MBA as a way to put his life back together.

"I know he made a mistake," Molly wrote. "I know it is extremely costly to his livelihood, to our family, etc. But I know he will never do something like this again."

Clinton Hayes, once Vandemoer's top assistant, became the interim head of the sailing team after the coach was fired by the university. Hayes wrote about how Vandemoer put student athletes first, letting them skip out on sailing meets for valuable internships or important trips, something he said spoke to the coach's selflessness.

"John truly cared that everyone of our student athletes left Stanford a better person and productive member of society..." Hates wrote. "John always did what was right for each individual."

Other letters came from former students, parents, and other family members.