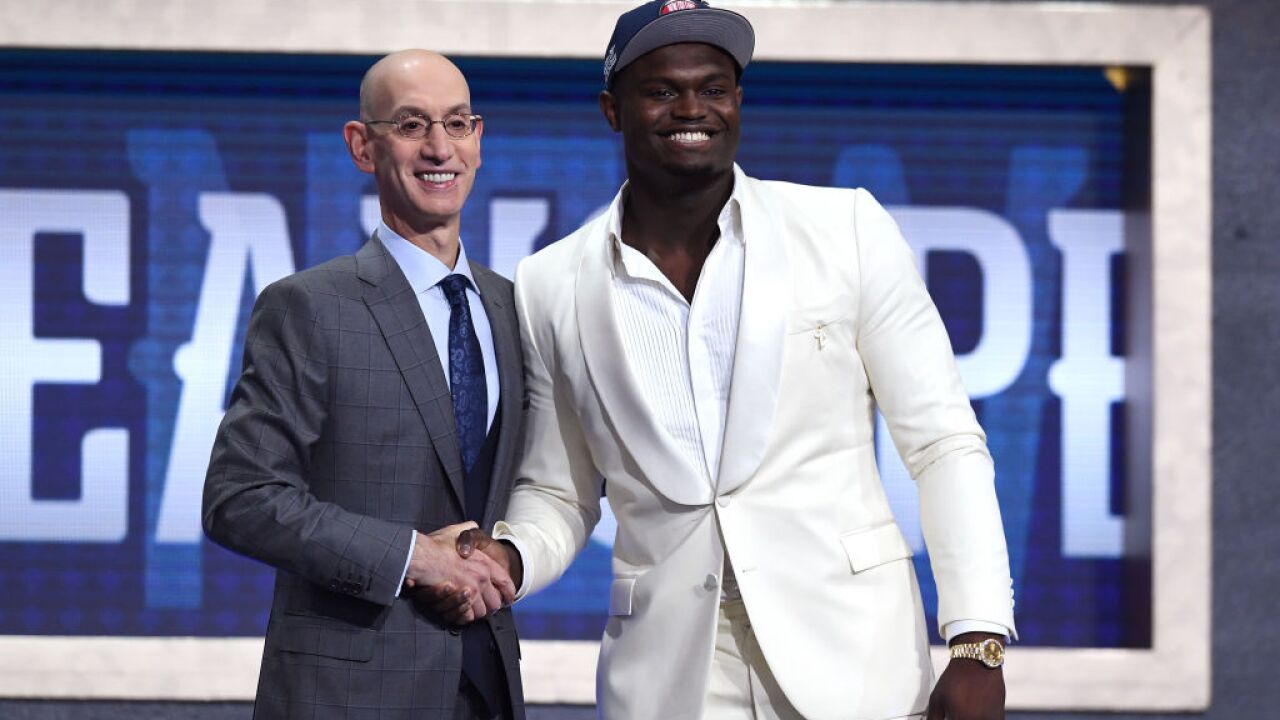 In the least surprising news of the day, Duke superstar Zion Williamson was the first name called when the NBA draft began Thursday night in New York.

In his lone season at Duke, Williamson was the biggest draw men's college basketball had seen in years. Listed at 6 feet, 7 inches tall and 285 pounds, Williamson was a hoops highlight reel -- not just with his explosive dunks but with his all-around game.

And also when he blew apart one of his shoes during a game against North Carolina.

Williamson led Duke to the Elite Eight at the NCAA tournament, averaging 22.6 points and 8.9 rebounds.

The Pelicans had only a 6% chance to land the top pick after a 33-49 season but beat the odds.