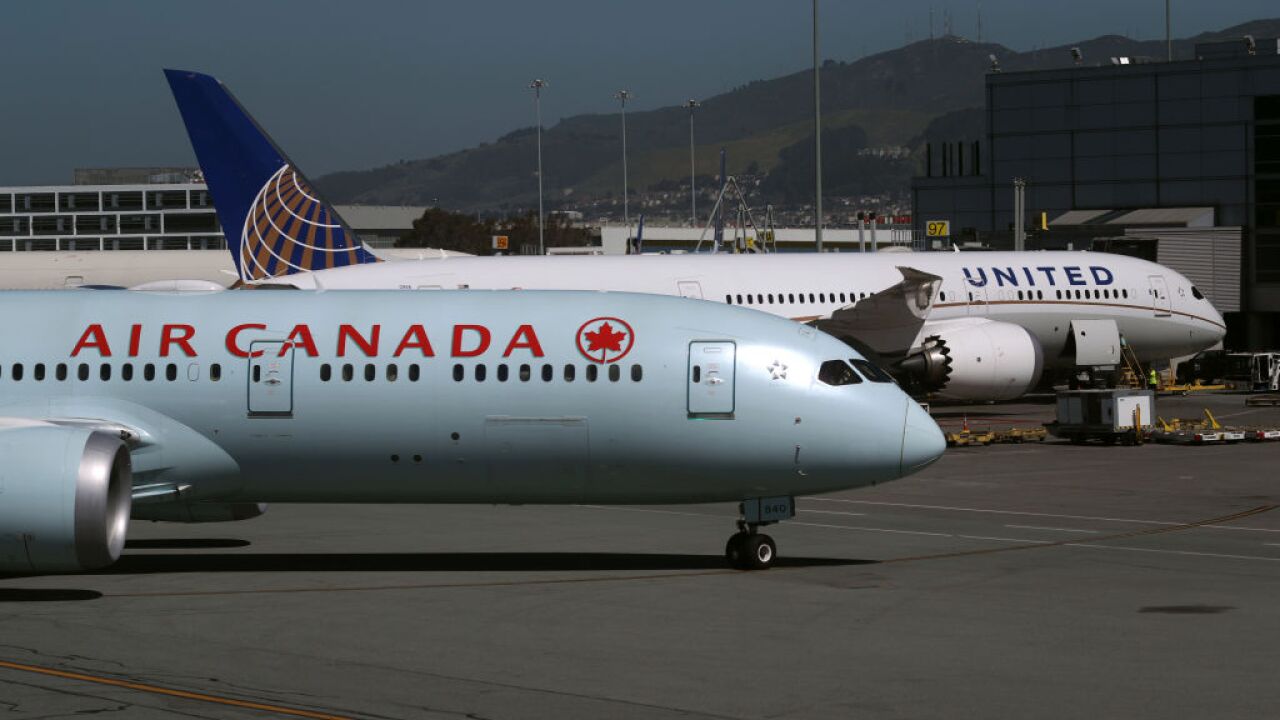 Tiffani O'Brien said she woke up on an empty Air Canada plane, in the dark and "freezing cold," after a short flight from Quebec City to Toronto's Pearson International Airport, CNN network partner CTV reported.

"It's just a sheer sense of helplessness when you feel like you're locked on this aircraft," O'Brien told CTV .

O'Brien "got super comfy reading my book" and fell asleep "probably less than halfway" into the 90-minute flight, she said in a Facebook post , shared with Air Canada by a friend on her behalf.

"I wake up around midnight (few hours after flight landed) freezing cold still strapped in my seat 💺in complete darkness (I'm talking pitch black)," she said in the Facebook post, adding it was "terrifying."

O'Brien sent a text to a friend about her predicament.

Her friend texted back that she called the airport's customer service to let them know about O'Brien.

O'Brien said her phone died after she communicated with her friend, and she was able to find a flashlight in the cockpit.

"I'm so scared I'm going to touch something that's wrong, but I knew I had to do something," she told CTV.

She also says she managed to get the door of the plane open and was rescued by a ground crew.

O'Brien said in the Facebook post that she has recurring night terrors and is "waking up anxious and afraid I'm alone locked up someplace dark."

When contacted by CNN, Air Canada said: "We are still reviewing this matter so I have no additional details to share, but we have followed up with the customer and remain in contact with her."

CNN has reached out to the woman directly.

Robin Smith, Greater Toronto Airports Authority Senior Advisor of Communications, said: "As the airport operator, our role is to conduct airfield operations and maintain the terminals. I would recommend contacting an airline for a comment on the use of deplaning equipment, as airlines and their ground handlers are responsible for all aircraft operations, including deplaning passengers and using that equipment."