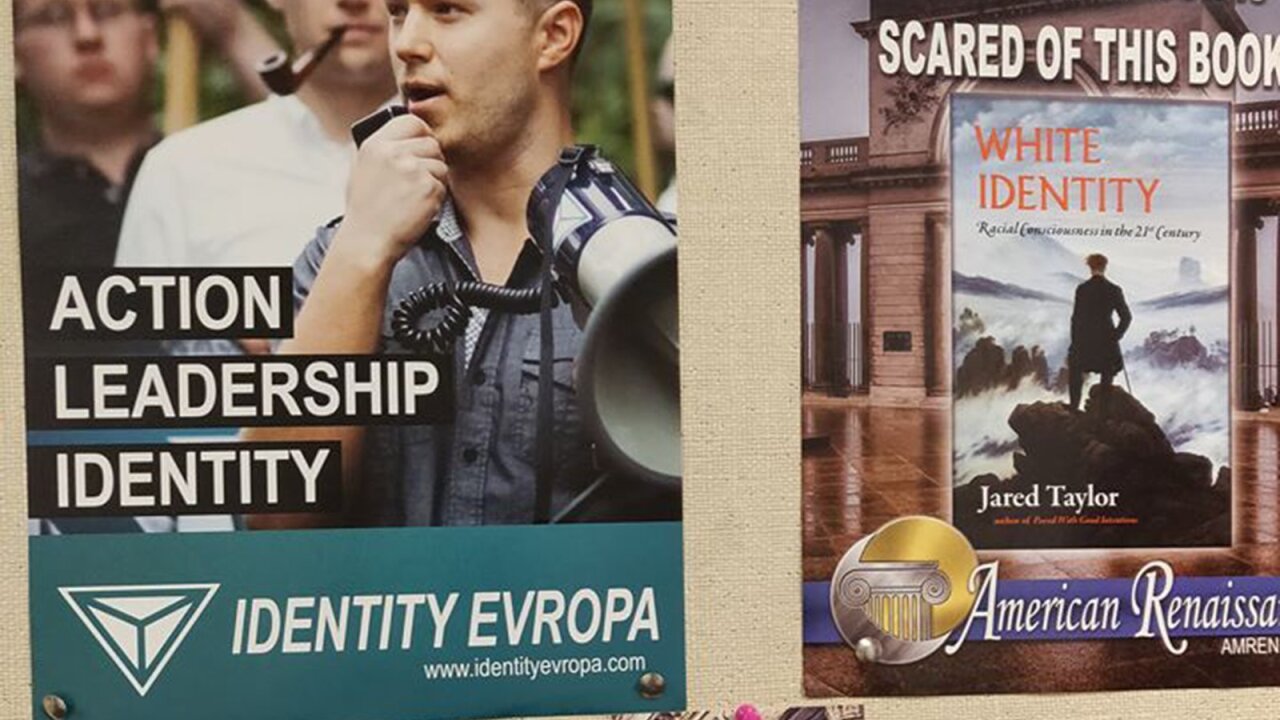 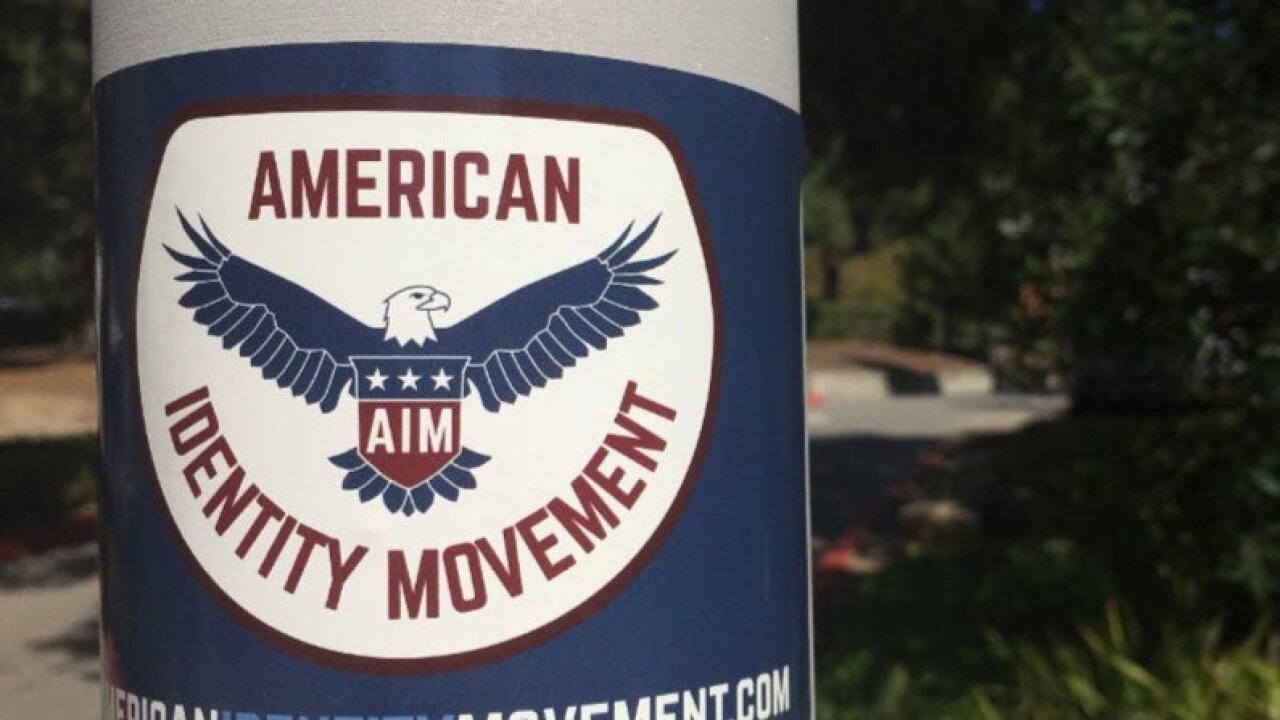 White supremacists posted more propaganda on college campuses for the third year in a row as they tried to recruit members, the Anti-Defamation League said Thursday.

Fliers and stickers with veiled white supremacist language or explicit racist messages were posted on public and private campuses across America. The groups that post them also frequently spread messages that were anti-Semitic and homophobic.

Some explicitly attacked minority groups including Jews, African Americans, Muslims, non-white immigrants and the LGBTQ community, according to the ADL , which monitors and campaigns against hate.

Other fliers continued the trend of efforts to deceptively promote American identity, the ADL said, by having no explicitly hateful message but linking to a website where racist content is posted.

The ADL documented 313 cases of white supremacist propaganda on college campuses, 7% more than it documented in the 2017-18 academic year, which was itself 77% higher than the incidents observed the previous year, according to the ADL's Center on Extremism.

More extremist propaganda was found on campus during the 2019 spring semester than in any preceding semester since 2016 when the ADL began tracking this kind of activity, it says.

The ADL tells CNN it believes that both students and non-students are responsible for the incidents. The group tracks the incidents from complaints from the community, social media postings and media reports.

"This data clearly demonstrates that white supremacists in the United States are emboldened by the current political and social climate," ADL CEO and National Director Jonathan Greenblatt said in a statement. "Our campuses and communities should be places for learning and development, not places for racists and bigots to propagate hate speech and search for potential recruits."

Where the incidents are happening

During the spring 2019 semester, 161 incidents of extremist propaganda were found on 122 campuses, according to ADL data. They were found on campuses in 33 states and the District of Columbia.

For the entire academic year:

The widespread targeting of campuses is a continued source of concern for the ADL, and its leader said he believes that action must be taken.

"University presidents and campus leadership must remain vigilant in speaking out against the hateful messages of these groups," Greenblatt said. "Given the alarming increase of these incidents, words alone are not enough -- it must be followed by action. Educating faculty and students on the values of diversity and inclusion, along with improving training for campus officials charged with responding to bias incidents and hate crimes, are just a few of the ways campuses can fight back against this scourge of hate targeting our youth."

The ADL shared a variety of the fliers and messages with CNN. The posters show the types of messaging and tactics used by groups to recruit young members.

Almost all of the white supremacist messages came from the "alt-right," with many of the messages coming from the American Identity Movement, the ADL said. That group was responsible for 115 of the more than 300 incidents.

The group, formerly known as Identity Evropa, has recently gone through a rebranding, in which it has sought to alter its message from European-focused identity to a broader message about supporting the white race, specifically in America. Many of its messages focus on how it says diversity is killing America and draw on the obsession and fear that drives most white supremacist groups: that as America is becoming more diverse, white people will lose power.

On websites, social media and sometimes fliers, calls to support one's white identity are often followed with messages urging attacks on anyone who is not white.

The American Identity Movement does not shy away from its posting of fliers, often photographing them for social media. Previous attempts to get support included putting banners across highways and bridges.

They are driven by racist ideology.

The group recently tweeted, "White Americans are projected to become a minority in Texas as early as 2022. Mass immigration -- both legal and illegal-is rendering Texas alien and unrecognizable. Americans never voted for this -- it was foisted upon us by a globalist ruling class."

Nearly two years after hate spilled onto the streets of Charlottesville, AIM is targeting younger people on and off campus, the ADL said. Recently, the group has posted photos showing messages about "nationalism not globalism" on a board at a coffee shop in California.

That follows a trend the ADL is seeing, with a documented "dramatic increase in white supremacist off-campus propaganda incidents." There were 672 off-campus incidents counted in the first five months of 2019, according to the ADL, compared with 868 for all of 2018. The groups Patriot Front and American Identity Movement were responsible for most of those, according to the ADL.