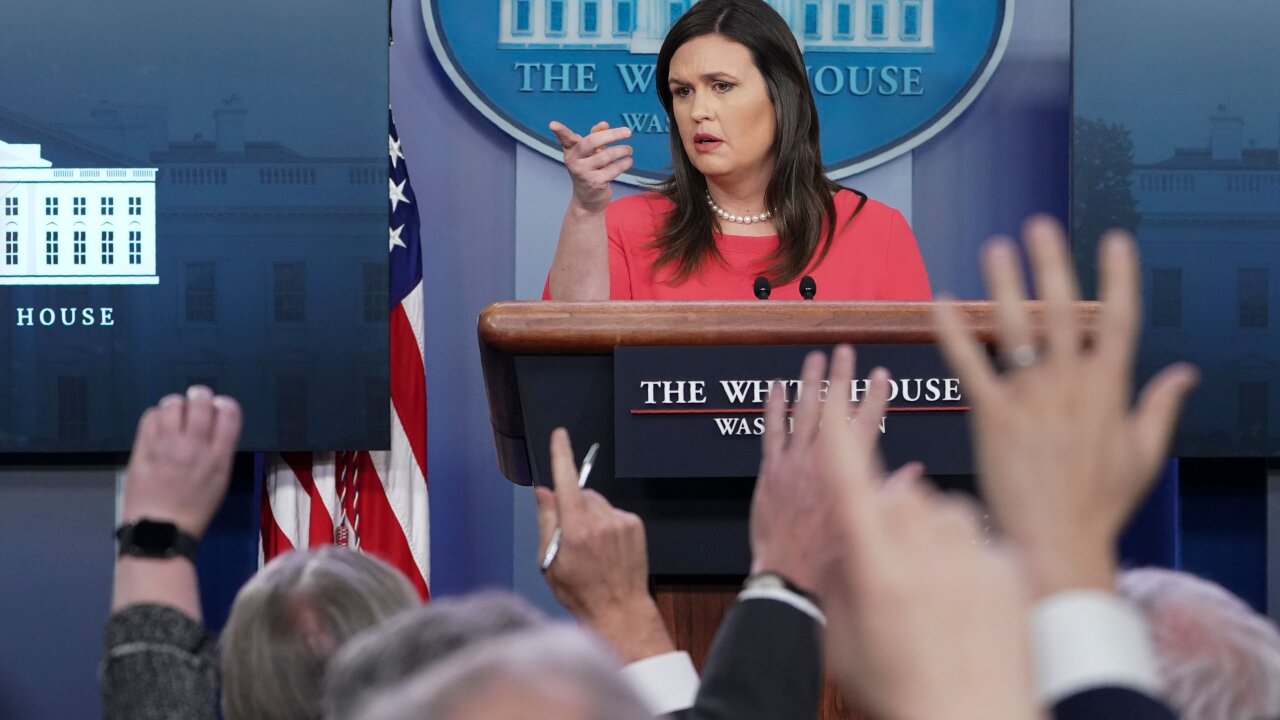 President Donald Trump announced on Twitter on Thursday that press secretary Sarah Sanders is leaving the White House effective at the end of the month.

"After 3 1/2 years, our wonderful Sarah Huckabee Sanders will be leaving the White House at the end of the month and going home to the Great State of Arkansas," Trump tweeted. "She is a very special person with extraordinary talents, who has done an incredible job! I hope she decides to run for Governor of Arkansas - she would be fantastic. Sarah, thank you for a job well done!"

Sanders has seen her role as press secretary erode over the last year. It has been more than three months since the White House's last press briefing - a nearly daily occurrence under past administrations.

Sanders was also named in Special Counsel Robert Mueller's report as Sanders admitted to lying to the press about the firing of former FBI Director James Comey. She has not held a press briefing since the Mueller report was released in April.

I am blessed and forever grateful to @realDonaldTrump for the opportunity to serve and proud of everything he’s accomplished. I love the President and my job. The most important job I’ll ever have is being a mom to my kids and it’s time for us to go home. Thank you Mr. President! https://t.co/wHNnq06AMg