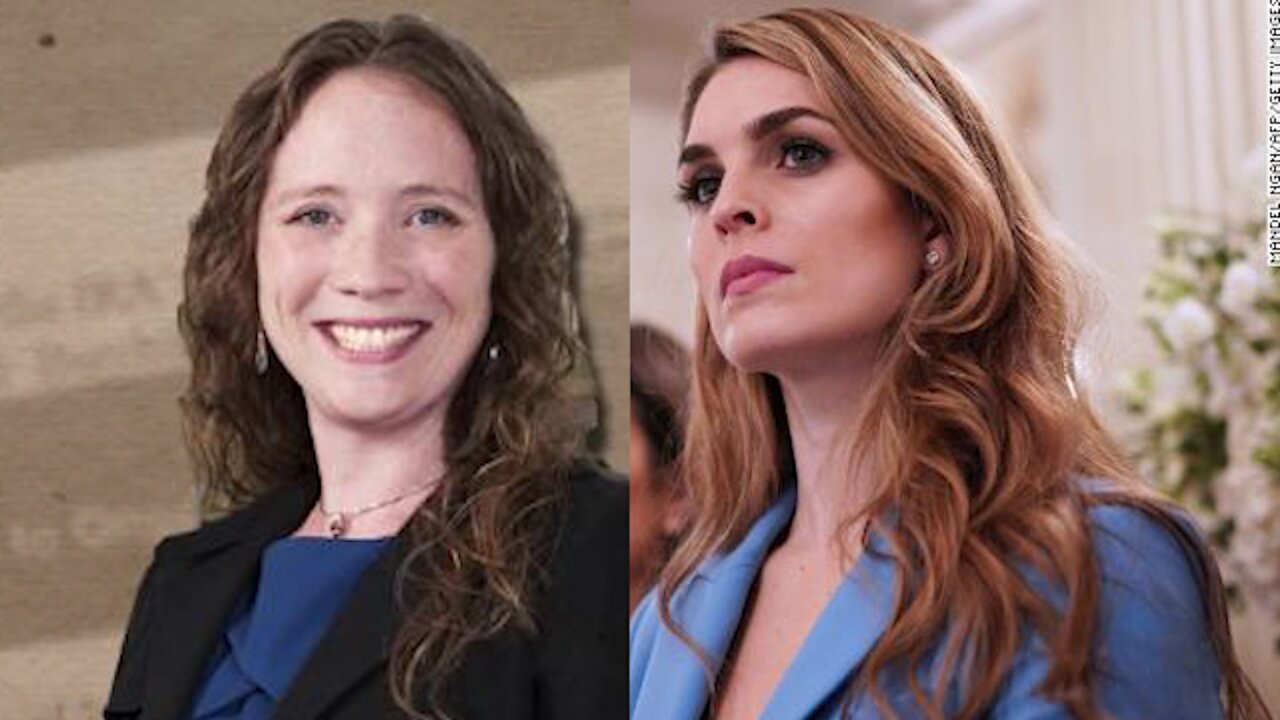 The White House has directed former officials Hope Hicks and Annie Donaldson not to turn over any documents to the House Judiciary Committee relating to their time at the White House, according to two sources familiar with the matter.

But Hicks, the former White House communications director, still could turn over documents the committee has requested related to the 2016 Trump campaign, a period that's not covered by executive privilege, according to House Judiciary Chairman Jerry Nadler.

White House Counsel Pat Cipollone sent a letter to the committee stating that White House Chief of Staff Mick Mulvaney had directed Hicks and Donaldson, the former deputy White House counsel, not to turn over the documents.

"Those documents include White House records that remain legally protected from disclosure under longstanding constitutional principles, because they implicate significant Executive Branch confidentiality interests and executive privilege," Cipollone writes in the letter, which was obtained by CNN.

The letter adds that the Justice Department "has indicated a willingness to discuss a process by which the Department could accommodate the Committee's requests," after the committee proposed narrowing its request. Cipollone suggests the committee should let that process conclude before seeking the documents from the White House.

The committee had issued subpoenas to both Hicks and Donaldson for documents, setting a Tuesday deadline. The subpoenas also include requests for testimony from the former White House officials for later this month.

In a statement, Nadler argued that the White House could not prevent the officials from complying with the committee's request, though he added that Hicks' agreement to provide documents related to the Trump campaign was a "show of good faith."

"Federal law makes clear that the documents we requested — documents that left the White House months ago — are no longer covered by executive privilege, if they ever were," the New York Democrat said. "The President has no lawful basis for preventing these witnesses from complying with our request. We will continue to seek reasonable accommodation on these and all our discovery requests and intend to press these issues when we obtain the testimony of both Ms. Hicks and Ms. Donaldson."

The White House made a similar argument blocking White House counsel Don McGahn from turning over documents or testifying, and House Democrats are now preparing to vote next Tuesday to hold him in contempt of Congress after he didn't appear at a hearing last month.

Asked Tuesday whether he would also hold Hicks and Donaldson in contempt if they don't comply with his requests, House Judiciary Chairman Jerry Nadler, a New York Democrat, said: "I assume so."

The Justice Department wrote in a letter to Nadler on Tuesday that it would work with the House Judiciary Committee to produce a limited set of documents related to Mueller's report if the House does not move forward with the contempt vote next week.

Initially, the committee subpoenaed the Justice Department for the fully unredacted version of the report and all underlying materials. Negotiations went nowhere and the committee voted to hold Barr in contempt , prompting the President to assert executive privilege over the entire report. Now is aiming for a similar concession with the Judiciary panel ahead of the vote that it worked out with the House Intelligence Committee over a subset of documents related to Mueller's counterintelligence work.

"The Department believes that the Committee's new offer reflects a more reasonable request and could mitigate some of the legal barriers to disclosure that we have discussed," the Justice Department letter says.

A spokesperson for Georgia Rep. Doug Collins, the top Republican on the Judiciary Committee, said committee Democrats should be asking the White House and Trump campaign for the documents they're seeking.

"While the House Intelligence Committee has received some documents related to Ms. Hicks by asking the sources — for example, the Trump campaign — the Judiciary Committee has made no similarly logical requests of the campaign or White House," the spokesperson said in a statement. "As a result, its success in retrieving documents has been minimal, even though the administration and other entities have routinely produced documents to other committees."

The subpoenas issued to Hicks and Donaldson mostly seek documents relating to their time at the White House, although there are also requests related to the 2016 campaign.

The documents being requested are part of the committee's investigation into possible corruption, abuse of power and obstruction of justice. The committee had requested documents from 81 individuals and entities, including Hicks and Donaldson, and Hicks had agreed to provide some documents to the committee before she was subpoenaed.