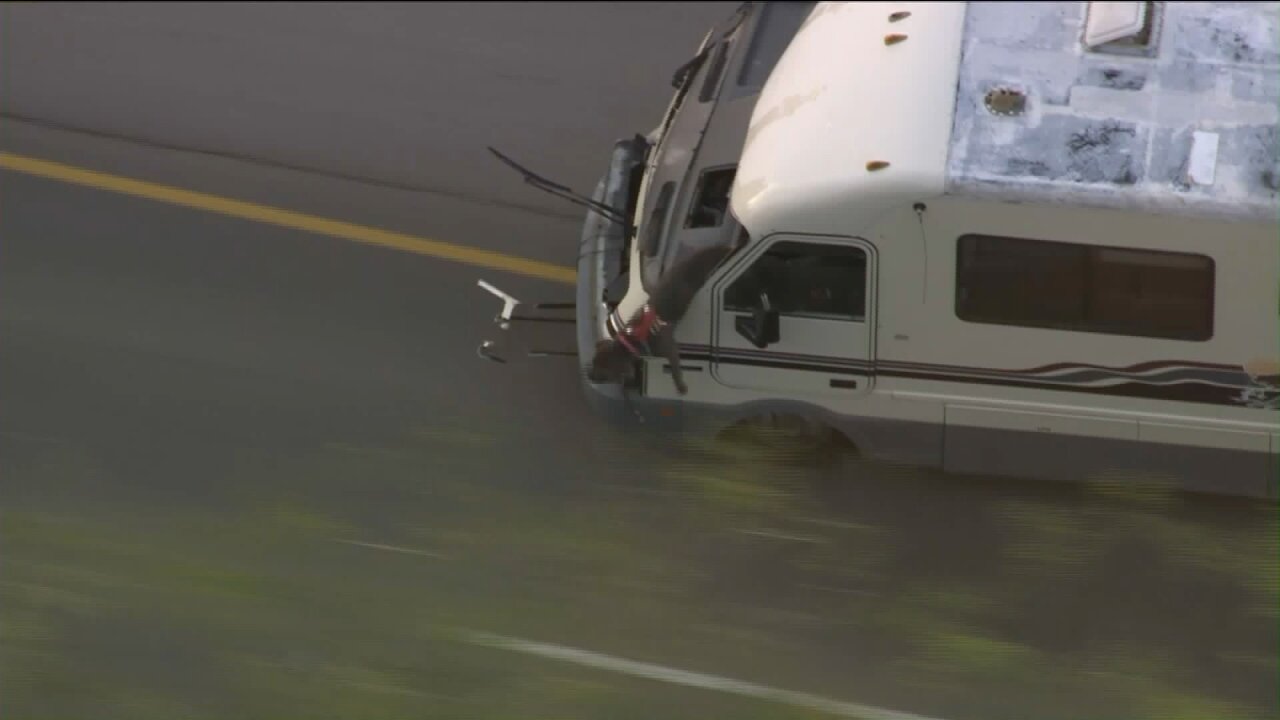 A suspect who led California Highway Patrol officers on a wild high-speed chase through the San Fernando Valley Tuesday evening has been arrested.

The chase began in Santa Clarita, when police attempted to pull over an RV around 7 p.m., CNN affiliate KTLA reported.

"The RV was going at a high rate of speed, 40 to 50 mph on surface streets and up to 80 mph on the freeway," CHP officer Stephan Brandt said in a statement to CNN. The highway patrol was alerted to the vehicle by the Santa Clarita Valley Sheriff's station, Brandt said.

As the RV sped through roads and alleys, a dog leaped out and onto the road, running off. Another dog was seen trying to jump from the front windshield, which seemed to have been smashed.

The driver crashed into three vehicles during the chase, before eventually colliding with a tree and fleeing on foot, in Tarzana, while the second dog, seemingly injured, leaped behind.

Moments later, the suspect was tackled by officers while attempting to climb over a gate and taken into custody.

The CHP West Valley division will provide a statement on the number of injuries and the condition of the dog, Brandt said. At least one dog was taken to a veterinary care center for treatment, KTLA reported.

CNN has reached out to the Santa Clarita Valley Sheriff's station for comment.