Violent tornado that hit Missouri's capital 'felt like an earthquake' 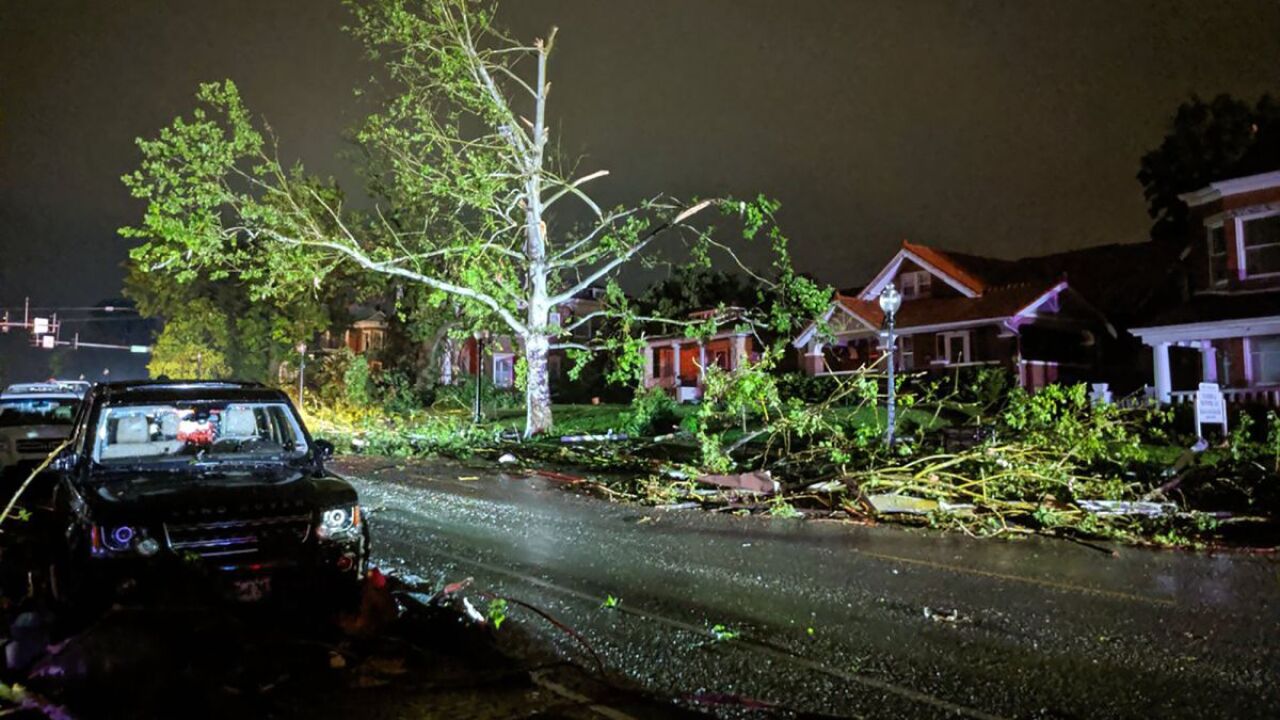 A tornado hit the Missouri capital as people slept late Wednesday night -- part of a deadly spring storm system that has ravaged the central United States over the past several days, unleashing twisters, drenching rain, flash flooding and hail.

In Jefferson City, the tornado's funnel was wider than its height, and hit shortly before midnight Wednesday, sending debris as high as 13,000 feet into the air, the weather service said.

"When it hit... it felt like an earthquake," Cindy Sandoval-Jakobsen said.

"Major tornadoes across state tonight, including Jeff City," Missouri Gov. Mike Parsons tweeted. "We're doing okay but praying for those that were caught in damage, some are still trapped -- local emergency crews are on site and assisting."

The danger continues for the region Thursday. Tornadoes could pose threats today from Lubbock, Texas, to Kansas City and from Columbus, Ohio, to Philadelphia, according to CNN meteorologist Haley Brink.

Trees and poles were snapped and tossed like toys. Cars were overturned at a local dealership.

"Several structures have damage, roofs torn off houses, trees and power lines down. Basically a war zone," said Eric Cunningham, who took shelter in his basement.

David Bell got a weather alert that a tornado was headed his way, forcing him to pull over his truck on the side of the highway. Around him, houses collapsed and transformers blew out in flashes.

His windscreen shattered and part of a house was tossed underneath his trailer, he said.

"I don't even know how to explain it," he said. "I watched a bunch of transformers blown. Houses next to me completely obliterated. A house halfway underneath my trailer."

Tornadoes across the state

Golden City launched search and rescue missions after a possible tornado. Another tornado hit near Joplin on the eighth anniversary of an EF5 tornado that killed 161 people in that city.

According to radar images, the twister passed a few miles north of Joplin.

In Missouri, a husband and wife were killed Tuesday when their SUV skidded across the center lines of US highway 160 and struck a semi.

The storm was not limited to tornadoes. Police in Tulsa, Oklahoma, asked neighborhoods near a dam to leave in case the area floods due to release of water meant to keep the structure from failing.

The Army Corps of Engineers is releasing 215,000 cubic feet of water per second at the dam at Keystone Lake because the water is 29 feet above its normal level.

Tulsa Mayor G.T. Bynum tweeted that 215,000 cfs is the minimum rate they can release to keep the water in the reservoir from topping the floodgates. If the floodgates don't work, the dam could fail, Bynum said.

While that dam is about 20 miles from the city, Tulsa authorities told people to be ready to leave their homes quickly if the situation deteriorates.

At least one person drowned in Oklahoma after driving around a barricade on a road in Perkins, the city's Emergency Management office announced.

Storms have repeatedly hit the same areas recently, making the Plains and the Midwest more vulnerable to flooding.

Serious river flooding -- including along the already swollen Mississippi River -- is expected in the central US as more rain falls over the region in the next few days.