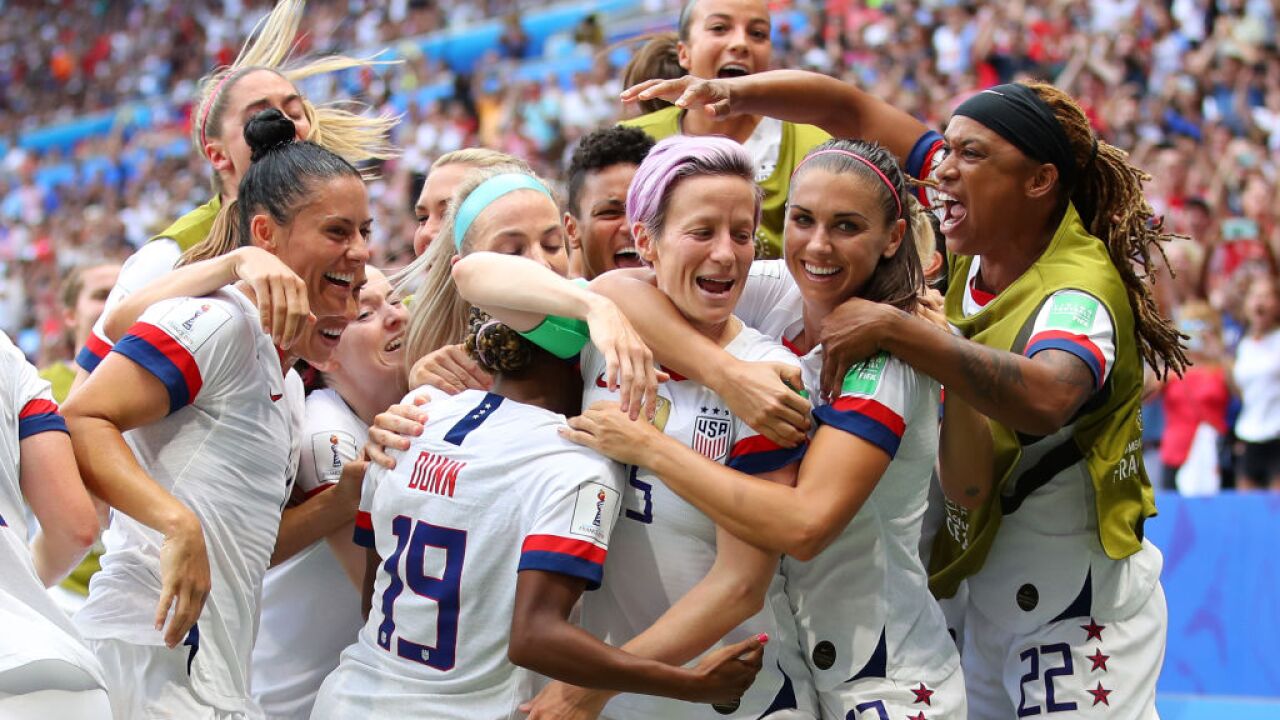 The US Women's National Team's victory tour will continue with a ticker tape parade in New York City on Wednesday.

The soccer team won its second consecutive FIFA Women's World Cup when it beat the Netherlands 2-0 on Sunday during the match in France. Megan Rapinoe scored a penalty goal in the second half, giving the team a 1-0 lead, and Rose Lavelle added a second score with a shot in the 69th minute.

The ticker tape parade will start at 9:30 a.m. from Battery Park and head north along Broadway to City Hall, according to the mayor's office. The mayor is also scheduled to honor the team at City Hall.

The women's team will be regaled in the same fashion as other heroes and winners, such as Nelson Mandela in 1990, the 1969 World Series champion Mets and the New York Giants team that captured Super Bowl XLII in 2008, according to the Alliance for Downtown New York , a commercial advocacy, research, and information group.

The city's first ticker tape parade was held in 1886, when Wall Street workers spontaneously threw ticker tape out of their office windows to celebrate the unveiling of the Statue of Liberty, according to the Alliance's records.

Since then, the city has hosted more than 200 marches up Broadway from the Battery to City Hall, according to the alliance. Each parade is marked with a granite strip along the parade route.

The last ticker tape parade was held in July 2015 after the women' national team defeated Japan 5-2 to win the World Cup, according the Alliance's records. The team was the first female athletes to be honored with a ticker tape parade at the time.