US and Russian warships nearly collide in the Pacific 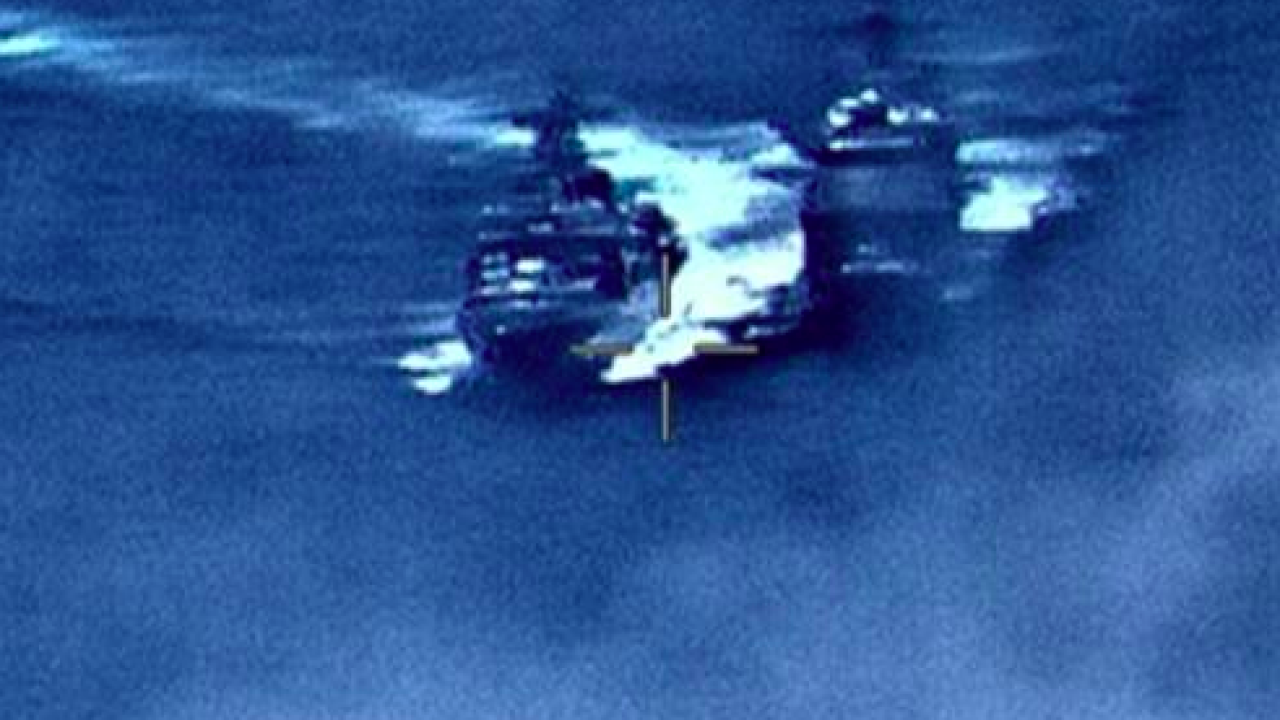 The United States and Russian navies are at odds over an apparent near collision in the Pacific Friday with each side blaming the other.

The US and Russian warships came somewhere between 50 feet and 165 feet of each other, according to the two opposing reports, with both sides alleging their ships were forced to perform emergency maneuvers to avoid a collision.

This latest incident comes just days after the US Navy accused Russia of intercepting a US aircraft and amid tensions with Moscow on a wide range of geopolitical issues. Last month, Secretary of State Mike Pompeo met Russian Vladimir Putin in the resort town of Sochi, where he warned Russia about interfering in US elections, taking a tougher public line than President Donald Trump on the issue.

"A Russian destroyer .... made an unsafe maneuver against USS Chancellorsville, closing to 50-100 feet, putting the safety of her crew and ship at risk," US Navy spokesman Cmdr. Clayton Doss told CNN in a statement.

"This unsafe action forced Chancellorsville to execute all engines back full and to maneuver to avoid collision," Doss said.

The US guided-missile cruiser was traveling in a straight line and trying to recover its helicopter when the incident occurred, he said.

"We consider Russia's actions during this interaction as unsafe and unprofessional," Doss said.

The US account was contradicted by Russia's Pacific Fleet, which claimed it was the US ship that instigated the incident, according to comments carried by the state-run RIA-Novosti news agency.

CNN has obtained a picture of the event after a US official told CNN earlier that the Navy was working to declassify images to dispute the Russian narrative that the US was at fault.

"When moving (on) parallel courses of a detachment of ships of the Pacific Fleet and a carrier group of the US Navy, the cruiser Chancellorsville suddenly changed its direction and crossed within 50 meters of the Admiral Vinogradov," forcing the Russian destroyer to take emergency evasive action, the report said.

The US Navy said the incident occurred in the Philippine Sea while the Russian report said it happened in the East China Sea. The boundary between the two bodies of water is the Senakaku Islands (also known as the Diaoyu islands in China), to the south of Japan and east of Taiwan.

Regardless, the incident occurred in international waters and unusually far away from Russia, according to Carl Schuster, a retired US Navy captain and former director of operations at the US Pacific Command's Joint Intelligence Center.

"The Russians normally harass our ships when they are operating in waters the Russian consider to be within their sphere of Influence (Black Sea, Barents Sea and the waters off Validvostok," said Schuster, who spent 12 years at sea on US warships.

"Putin clearly has ordered the Russian Navy to pressure the USN whenever opportunities exist. It may possibly be a show of political support for China while Xi is in Moscow, but more likely to signal that Russia is willing to challenge the US dominance on the world stage and at sea," he said.

International maritime law requires ships to maintain a safe distance, normally interpreted as 1,000 yards, when passing another, Schuster added. It also requires navies not to interfere with another ship conducting flight operations, he said.

On Tuesday, the US accused Russia of intercepting a US aircraft flying in international airspace over the Mediterranean Sea three times in just under three hours.

The second of the three interactions "was determined to be unsafe" due to the Russian aircraft "conducting a high speed pass directly in front of the mission aircraft, which put our pilots and crew at risk," the US Navy said.