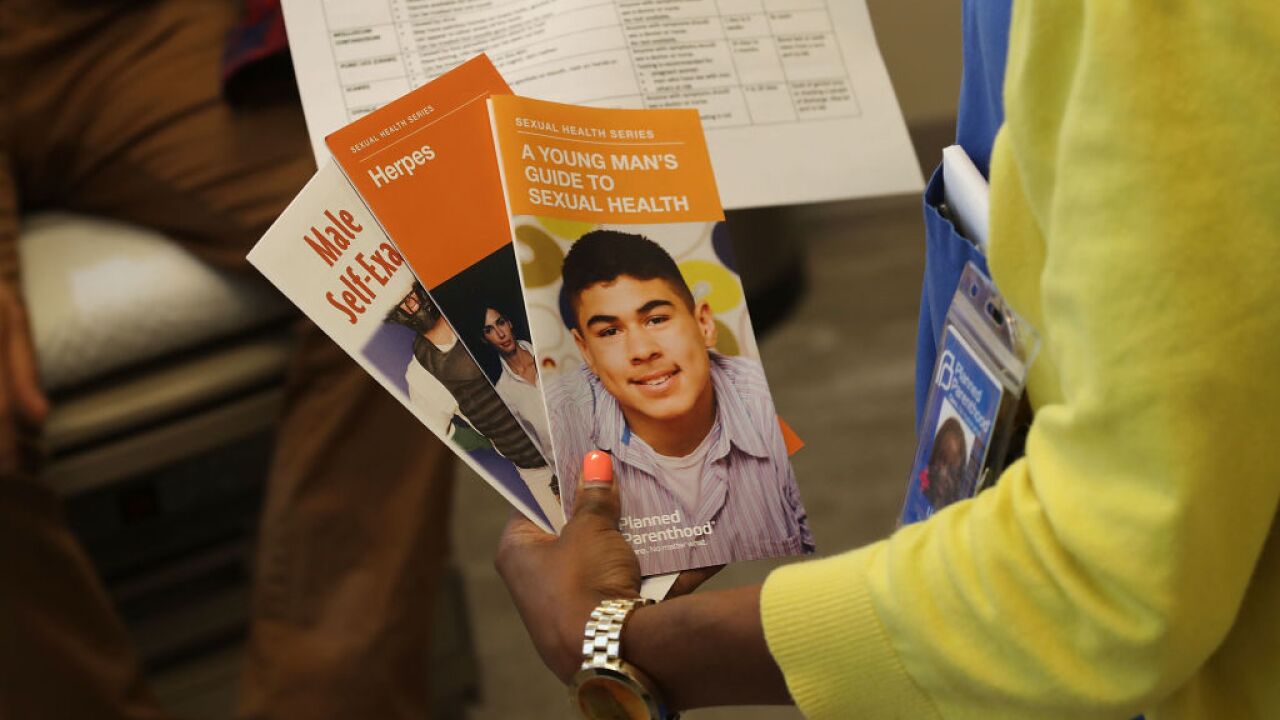 More than one million new cases of four sexually transmitted infections are contracted every day, according to figures released Thursday by the World Health Organization.

The four infections are chlamydia, gonorrhea, trichomoniasis (or "trich") and syphilis, with the WHO finding on average that one in every 25 people globally has at least one of these STIs, sometimes known as STDs.

"These infections indicate people are taking risks with their health, with their sexuality and with their reproductive health," said Dr. Melanie Taylor, lead author of the report and medical epidemiologist at the WHO department of Reproductive Health and Research.

The WHO said that there are more than 376 million new cases annually, with the figures representing cases, not individuals, explained Taylor, as people can be infected with multiple STIs, or can become re-infected within a year with one or more STIs.

If left untreated, these infections can have serious consequences -- such as infertility in men and women, stillbirths, ectopic pregnancy and an increased risk of HIV.

And while all of these infections are treatable with antibiotics, shortages in the supply of enzathine penicillin have made it more difficult to treat syphilis and antimicrobial resistance to gonorrhea treatments is also a growing health threat, the WHO said.

Dr. Tim Jinks, head of the Drug Resistant Infection program at UK medical research charity Wellcome, said in a statement that the high number of gonorrhea cases were of "particular concern," citing last year's cases of "super-gonorrhea," found in the UK and Australia "which are practically impossible to treat."

"We do not know what the burden of super-gonorrhoea is in low and middle-income countries, but with a broader rise in gonorrhoea cases, we can expect to see drug-resistant forms of the disease become more common all over the world," said Jinks, who was not involved in the report.

The figures, collected worldwide from men and women between the ages of 15 and 49, show that in 2016 there were an estimated 127 million new chlamydia cases, 156 million trichomoniasis infections, 87 million gonorrhea cases and 6.3 million cases of syphilis.

Taylor said the new figures show "no substantial decline," from the WHO's last published data from 2012, and again "demonstrate an incredibly high global burden of these sexually transmitted infections."

These infections are also associated with shame and stigma, said Taylor. Coupled with the difficulty of these infections often not presenting symptoms, which allows for transmissions unknowingly to sexual partners or from mothers to infants, Taylor called this a "hidden epidemic, a silent epidemic, a dangerous epidemic, that is persistent globally."

"Sexually transmitted infections are everywhere, they are more common than we think, but STIs are not given enough attention," said Dr. Teodora Wi, medical officer on STIs at the WHO department of Reproductive Health and Research.

Wi suggests that every sector should come together to fight these infections by, for example, encouraging more sex education from parents and teachers, policy makers supporting STI services, and researchers working toward developing better ways to prevent, diagnose, treat and screen for STIs.

Matthew Chico, assistant professor of public health at the London School of Hygiene & Tropical Medicine, said "the urgency for action could not be clearer."

Chico, who co-authored the WHO report, said in a statement that "alongside promoting sexual health education and effective condom use, efforts to improve STI surveillance, and develop new treatments and diagnostics, must be a top public health priority."

Jinks at Wellcome said that "we urgently need to reduce the spread of these infections and invest in new antibiotics and treatments to replace those that no longer work."