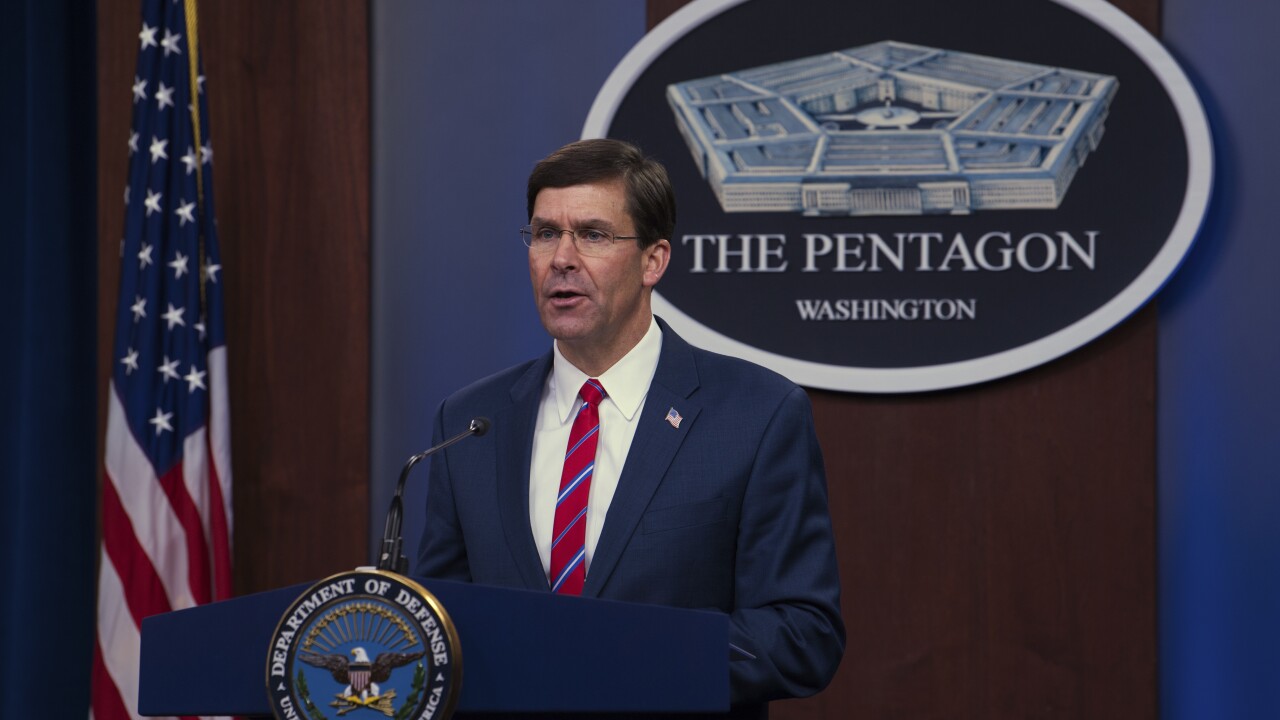 Staff Sgt. Brandy Nicole Mejia/AP
In this image provided by the Department of Defense, Defense Secretary Mark Esper speaks to members of the media during a news conference to discuss the department's efforts in response to the COVID-19 pandemic at the Pentagon Briefing Room in Washington, on Monday, March 23, 2020. (Army Staff Sgt. Nicole Mejia/Department of Defense via AP)

The Trump administration announced Wednesday plans to remove 12,000 US troops from Germany with some being returned to the United States, and others being relocated to other NATO allies.

The Department of Defense says that 5,600 troops will be repositioned to other NATO nations, while 6,400 will be returned to the US.

Defense Secretary Mark Esper told CNN that the move to relocate troops will cost in the billions.

President Donald Trump said the move was made because Germany is taking “advantage” of the US.

“They are there to protect Europe and there to protect Germany and Germany is supposed to pay for it,” Trump said on Wednesday. “And we don't want to be -- the United States has been taken advantage of for 25 years with trade and on the military. It's very simple, they are delinquent. Very simple. And there are other NATO countries also, there are 28 countries “

While there have been concerns that removing troops from the region diminishes the US presence in Europe in keeping Russia in check, Esper said that the move will enhance its deterrence against Russia.

“The repositioning of our forces in Europe constitutes a major strategic and positive shift, wholly in line with the NDS, and consistent with other adjustments the United States has made within NATO in previous times,” Esper said. “These changes achieve the core principles of enhancing U.S. and NATO deterrence of Russia; strengthening NATO; reassuring Allies; and, improving U.S. strategic flexibility and EUCOM operational flexibility.”

The reduced presence in Germany cuts the number of troops stationed there by one-third.