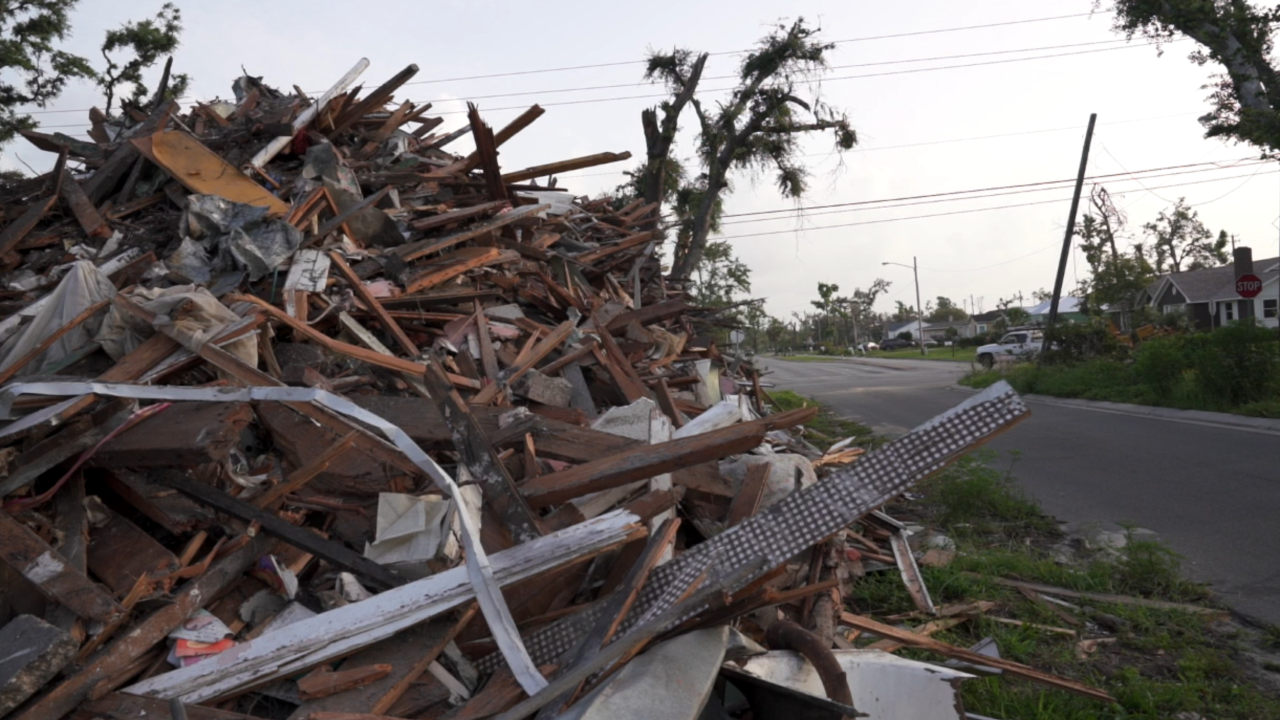 Tyndall Air Force Base is one of the many places still trying to recover and rebuild.

Hurricane Michael was the first Category Hurricane to strike the contiguous United States Since Andrew in 1992. According to National Oceanic and Atmospheric Administration, Hurricane Michael did nearly $25 billion in damage.

However, nearly nine months since the storm there is still plenty of damage and debris in Panama City, Panama City Beach, and Mexico Beach, where Michael hit the hardest.

“Life at Tyndall prior to the storm was your normal Air Force Base,” says Col. Jeff Hawkins, the vice wing commander of the 325th flight wing at Tyndall Air Force Base. “When the storm was about to hit, we had about three and a half days to prepare. We had to recall all of our pilots and maintainers to prepare the aircraft to launch. Within 18 hours, we ended up getting 70 percent of our aircraft out.”

According to Hawkins, the aircraft that weren’t able to make it out, including 17 F-22 jets, were damaged, but are currently getting repairs.

Hawkins said the recovery of the entire base is estimated to take between five and six years.

While no one lost their life in the storm, plenty did lose their homes.

“Everybody’s got a different scenario they’re dealing with,” Hawkins says. “Some people owned homes in the community, and they are in the process of rebuilding those homes and repairing. Unfortunately, for those that lived on the base, they didn’t have a home to come back to. For instance, my family is living in Eglin Air Force Base, and I commute here three or four days a week.”

However, according to Hawkins, Tyndall AFB is so vital to the military because of the training it provides and the airspace. When the storm hit, the base had to take a hiatus between 60 and 90 days.

But now, training continues while the base still recovers.

“The one mission that is currently not being flown at Tyndall Air Force Base itself is we have moved our F-22 aircraft to Eglin," Hawkins says. "But with every bad there’s good, so there’s an opportunity to build the Air Force Base of the future.”