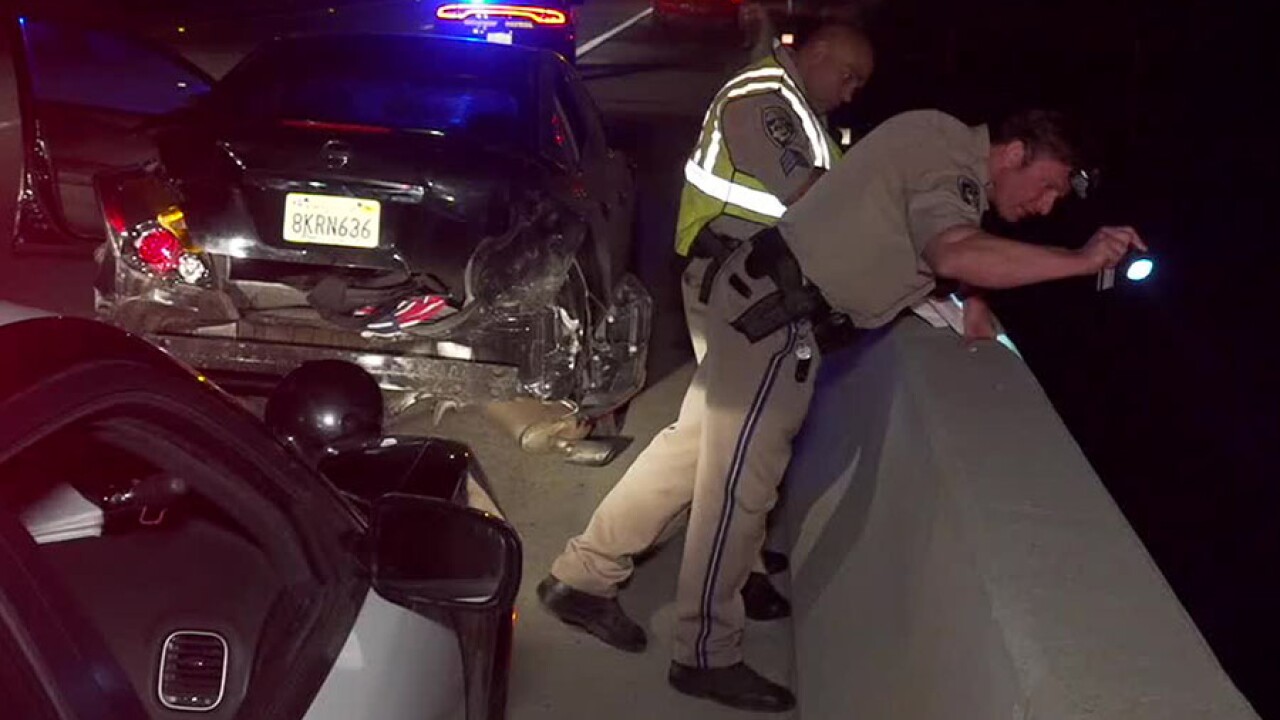 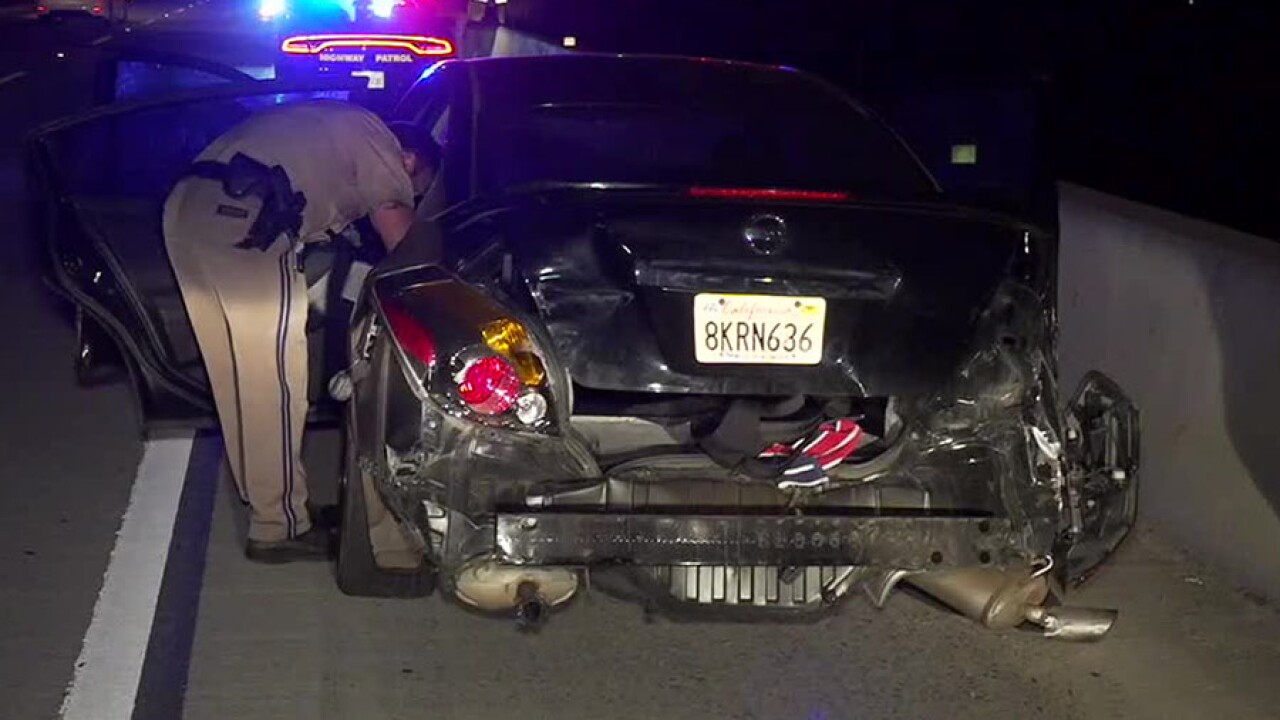 According to the California Highway Patrol (CHP), a Nissan Altima was traveling east on state Route 56 near Carmel Valley Road at around 11 p.m. Tuesday when the car spun out for unknown reasons and crashed into a freeway barrier.

CHP officials said when the car came to rest, it was facing in oncoming traffic. Officials said the six people inside got out of the car and ran across freeway lanes to avoid the oncoming vehicles.

Four people from the group jumped over the right shoulder, not realizing they were leaping from a bridge, the CHP said.

The four fell 50-75 feet from the structure, and CHP officials said two men in their 20s died at the scene.

The two other people were taken to Scripps La Jolla Hospital with injuries of unknown severity.

Two others from the group who did not jump were last seen running away from the freeway.

The people in the group were not immediately identified.

This story was originally published by Mimi Elkalla and Jermaine Ong on KGTV in San Diego.