Two dead after a reported tornado touches down in Oklahoma 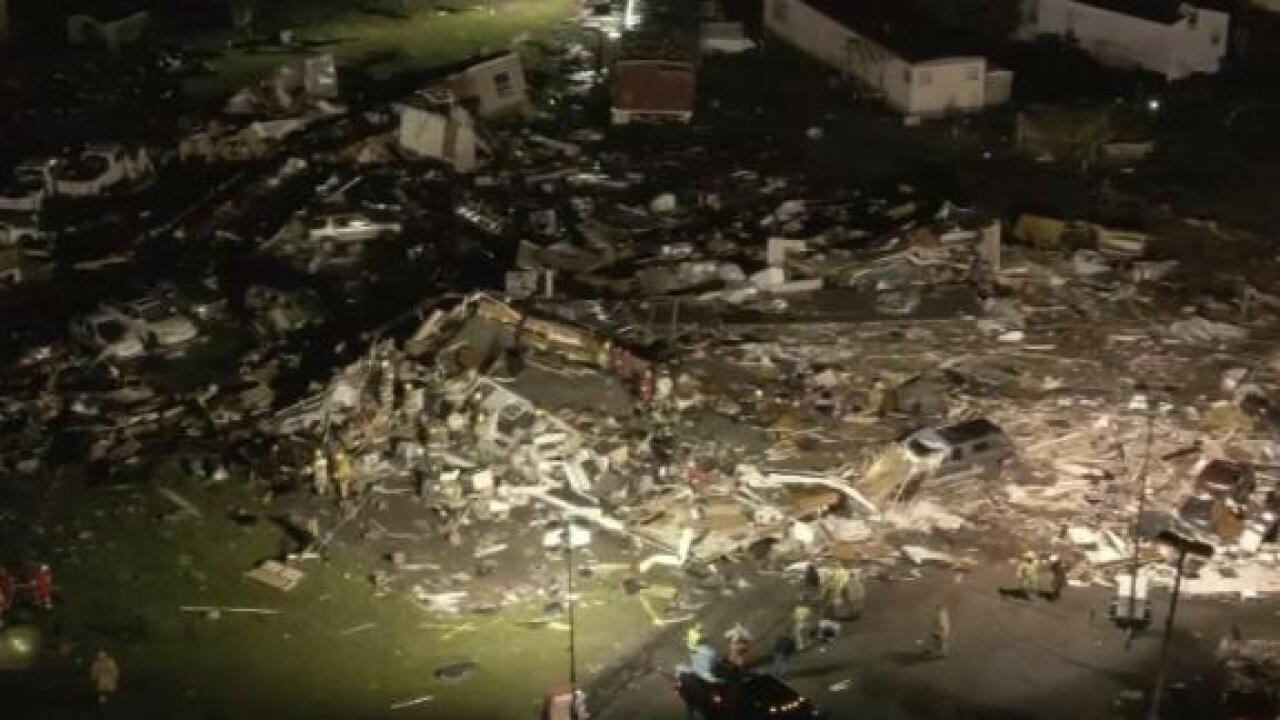 A reported tornado tore through a city in Oklahoma, killing at least two people and leaving multiple others injured, authorities said.

"It's a lot of devastation here, it's leveled, it's just devastated, White said in a phone interview with CNN. "It's tore all to pieces, it was terrible."

It is too early to tell whether the death toll will rise and the number of injured is still unknown, said Andrew Skidmore, a director at the Canadian County Emergency Management. Officials were going door to door to find victims and assess the damage after it touched down in the city late Saturday night.

Rachel Garrison was in a mobile home when the storm hit, according to CNN affiliate KOCO.

"I heard it coming," she told the station.

The next thing she felt, Garrison said, was another trailer flipping over onto the one her family was in.

"After everything was over with and all the shaking and jarring, the sirens went off," Garrison told the station.

The park had 88 mobile homes, White said, and "We're looking at basically under 15, under 16 trailers were the ones involved in the tornado."

The mayor said the sirens went off at 10:27 p.m., and according to the information he had, the storm touched down four minutes later.

In addition to the mobile home park, a hotel was damaged, Fire Chief Kent Lagaly said.

All guests have been accounted for, the hotel's owner Ramesh Patel said. One employee broke a leg and is being treated at a hospital, he said.