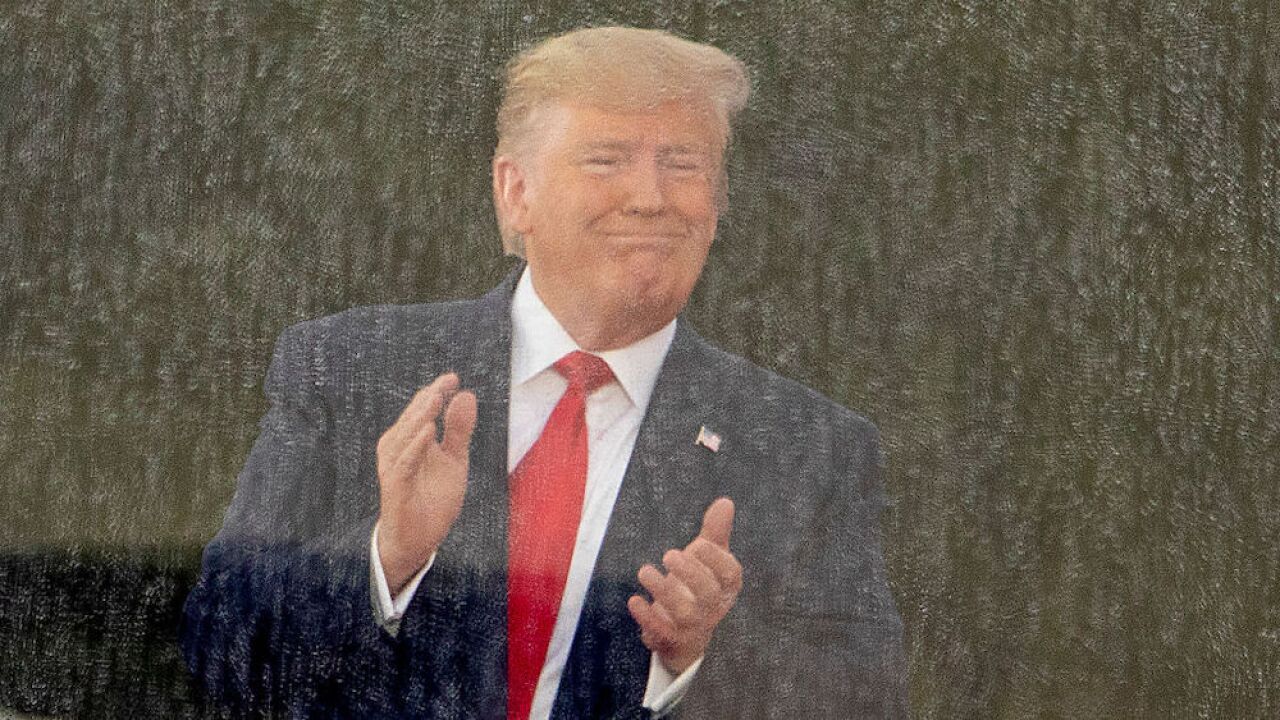 President Donald Trump blamed a faulty teleprompter for his claim during remarks he made at a July 4th event that the Continental Army "took over the airports" during the Revolutionary War.

"It kept going on and at the end it just went out," Trump told reporters at the White House on Friday. "It went kaput."

He said the moment of technical failure came when he made the widely derided remark about eighteenth-century airports.

Without apologizing for the mistake, Trump said it wasn't pleasant to see the scrolling stop as he was delivering his highly anticipated speech.

"That's not a good feeling when you're standing in front of millions and millions of people," he said. "I guess the rain knocked out the teleprompter."

Still, he said his memory of the speech otherwise served him well.

"I knew the speech very well so I was able to do it without a teleprompter," he said. "And it was actually hard to look at anyway because of the rain."

On previous occasions, Trump has derided critics for relying on a teleprompter when delivering speeches. In 2012 he said of then-President Barack Obama, "Why does @BarackObama always have to rely on teleprompters?" And in 2016 he railed on his Democratic opponent Hillary Clinton tweeting, "Bad performance by Crooked Hillary Clinton! Reading poorly from the telepromter! She doesn't even look presidential!"