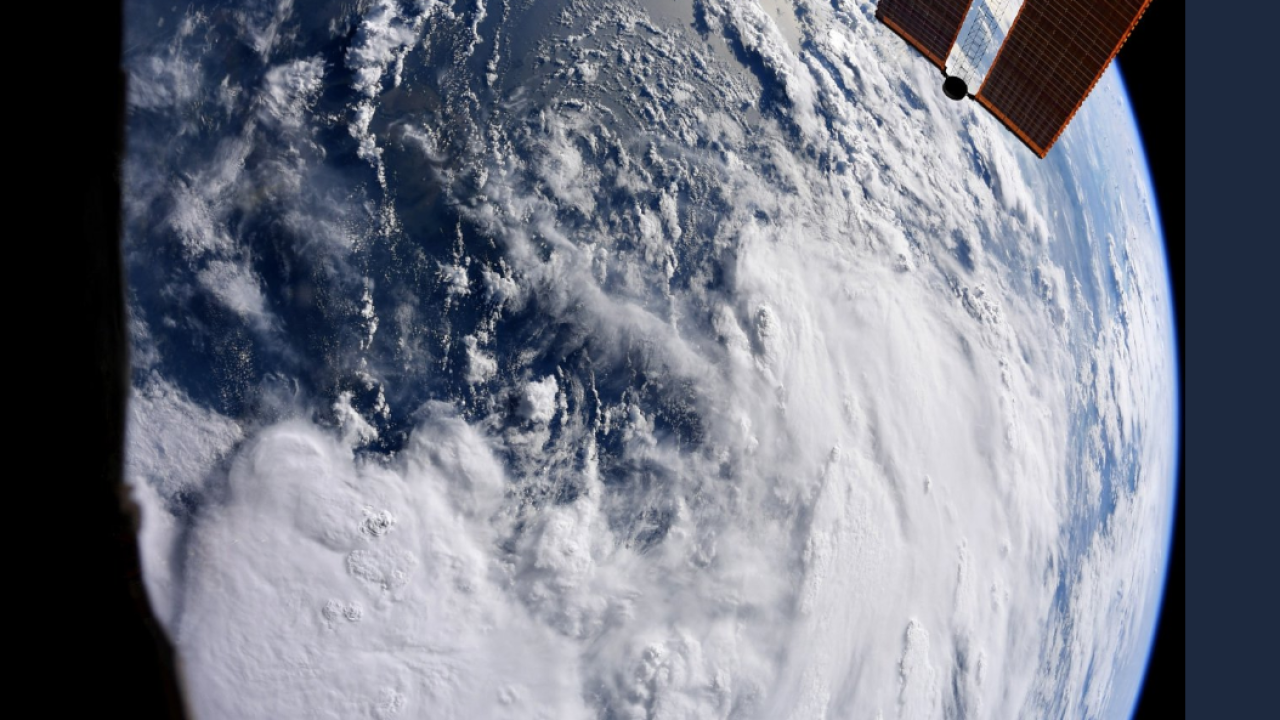 The Hurricane Hunters are not the only ones flying over Tropical Storm Barry. The crew aboard the International Space Station also have a bird's eye view of the storm.

On Thursday, astronaut Christina Koch captured a picture of the tropical storm. In the foreground of the photo are the panels of the International Space Station.

Koch has been in space since April 17, and is expected to return to Earth in February.

Tropical Barry has prompted hurricane warnings along the Louisiana Gulf Coast. The storm is expected to gain stregnth through landfall.