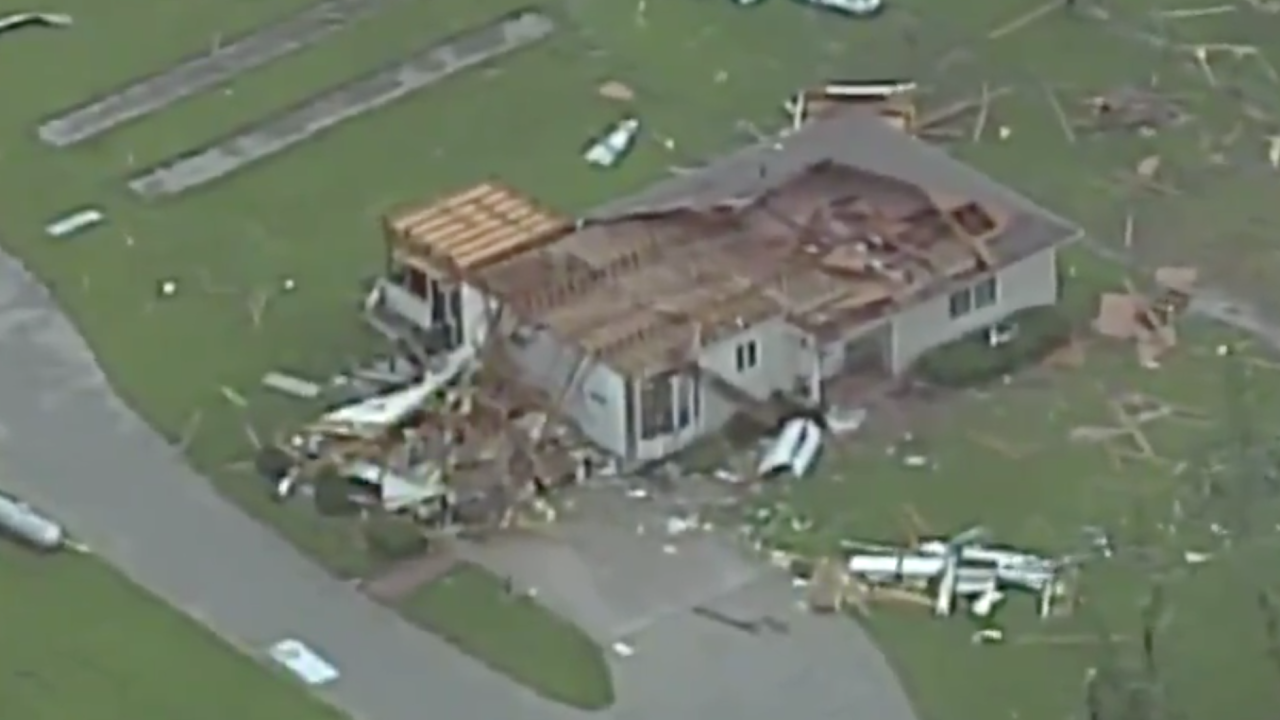 Another strong storm system has caused possible tornadoes to form from Oklahoma all the way to the East Coast on Tuesday, one day after parts of Indiana and Ohio were devastated by a tornado outbreak.

Near Lawrence, Kansas, damaging winds from a possible tornado caused damage to a number of structures.

Lawrence police tweeted that officers did not see "major structural damage" within city limits but that large trees, power lines and debris were strewn along roads on the southeastern edge of the city. Some roadways were impassable, police said.

We're getting our first images from the air of significant storm damage over Linwood, Kansas tonight. We're updating our coverage LIVE: https://t.co/SRLkD88dRT pic.twitter.com/5UpF9YwcvD


The Kansas Department of Transportation said that U.S. 59 south of Lawrence was closed due to a truck and warned that debris could be on the roadways, leading to more closures in the area.

As of 10 p.m. ET, the National Weather Service has received 25 reports of tornadoes nationwide on Monday.

Adding insult to injury, Wednesday is expected to have further severe weather stretching from Texas through the Midwest and East Coast.

On Monday, there were 66 reported tornadoes reported from Colorado to Ohio.