This Tennessee jail has no cells for women, so they're chained to a chair — even if they're pregnant 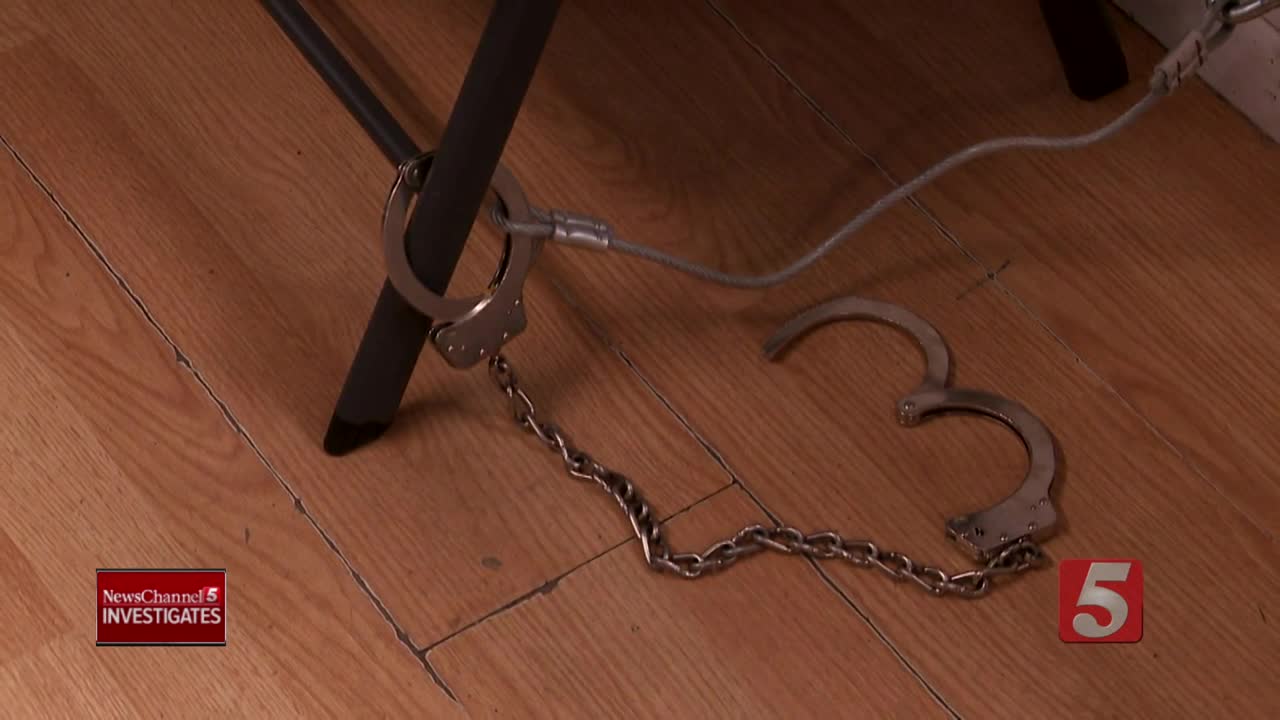 Women arrested in Clay County, Tennessee don't get a jail cell, they get chained to chair. 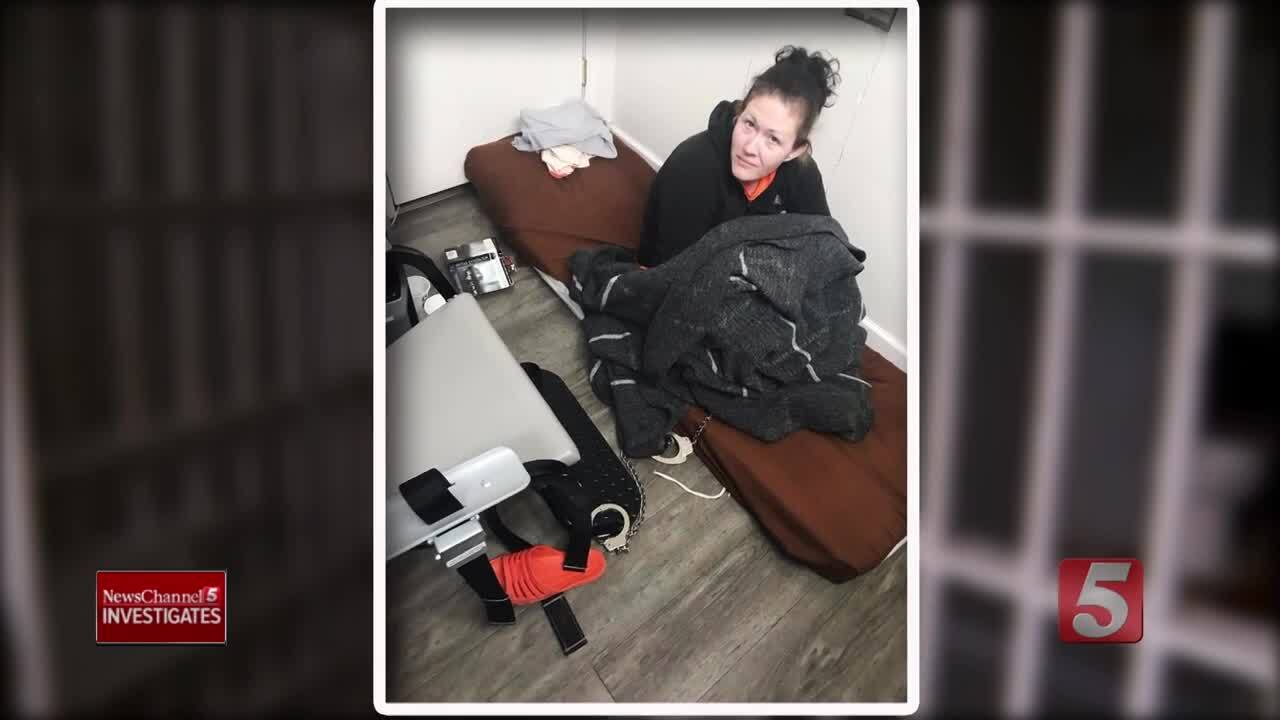 CELINA, Tenn. — Women who are under arrest in Clay County, Tennessee don't get a jail cell — they get chained to chair.

The county jail so old, it has no room for women.

The sheriff confirmed that women arrested in the county are shackled to chairs in a hallway and given a cot where they sleep.

Shauna Scott was arrested in Clay County on a probation violation in February.

"Even though you've done something wrong, it's not right to treat people like animals," Scott said. "If you're female and you get arrested in this county you can bet you are going to be sleeping on the floor shackled to a chair."

The above photo shows that deputies chained Scott's leg to a bolted-down chair in a narrow hallway of the jail.

Scott says another woman was beside her.

"It's awful to have bodies, they were laying on these itty bitty mats, shackled to whatever they could shackle you to," Scott said. "It's not right to have to beg to go to the bathroom and eat your meals on the floor."

Mackenzie Melton was pregnant when she spent six days chained to a chair last month.

"I could either lay in the cot or sit in the chair that I was shackled to. I couldn't go any farther," Melton said.

When she developed a nose bleed, the county called her grandmother, who was shocked when she saw her pregnant granddaughter and another woman in the hallway.

"We rescue dogs, why are we treating humans in this manner?" Jeanne Key, Melton's grandmother, said.

She and Melton worried about the baby.

"It was very stressful so just being in that much of a stressful situation, I was scared of having a miscarriage," Melton said.

According to Clay County Sheriff Brandon Boone, up to three women at a time spend days and nights shackled to chairs.

"We are forced with putting the females in the floor until we can find further housing for them," Boone said.

He said the 55-year-old jail has just 14 beds, which are overcrowded with men.

State law requires separating men and women, so women are forced to stay in the hallway.

When asked if he would want his daughter to be shackled in that way, Boone said he would not.

"I don't hold it against anyone that feels ill-will towards me or the county," Boone said

The county tries to transfer women to surrounding jails, which is all the sheriff says he can do unless Clay County builds a new jail.

But many surrounding counties are full, or they refuse inmates.

"No facility will take a pregnant female. So we knew at that point we were out of luck as far as getting her housed in another facility," Boone said.

Attorney Richard Brooks said if the county won't build a new jail, it should be closed.

"Why hadn't someone come up here and shut this thing down?" Brooks said.

Inspection reports from the Tennessee Corrections Institute (TCI) have repeatedly stated that "female inmates being housed in the hallway corridor and were secured with restraints (leg irons)."

"We will be judged by how we treat our prisoners, so that's what is happening over there. They just don't care," Brooks said.

The county has so little money that its 911 dispatchers are the jail's only two corrections officers. Also, male inmates at risk of suicide are chained in the hallway because there's no place else to put them.

The sheriff says mentally ill inmates have stayed in the hallway for days until a bed opens at the nearest state mental hospital.

"We cannot continue this process. We've got to do something about this facility," Boone said. He added the county has talked about building a new jail since at least 1986.

Clay County hopes to get a federal loan to build a new jail, but that could take years.

"For someone that's supposed to be in the law, someone that you're supposed to look up to, to have them look down on you like you're a piece of trash and treat you like trash, it's not right," Scott said.

The county transferred MacKenzie Melton to a treatment facility after six days.

The state has certified the Clay County Jail because it has a Plan of Action to build a new jail. However, the county does not have an approved plan to pay for it.

The state also says overcrowding cannot be the reason that prevents certification.

The Tennessee Corrections Institute has found that Clay County's jail is overcrowded.

This story was originally published by Ben Hall on WTVF in Nashville.