This cat in Minnesota got stuck in the washing machine for a full cycle, and lived to tell the tale 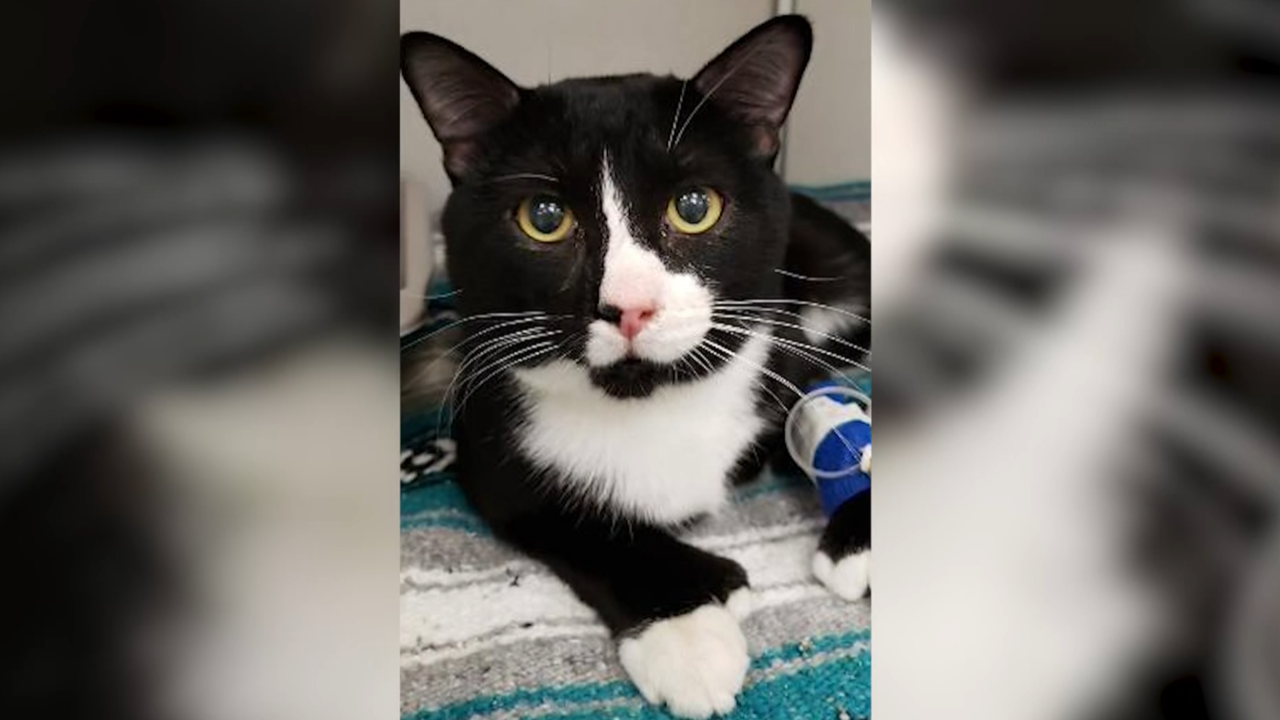 Stefani Carroll-Kirchoff always checks the washer and dryer to make sure none of her three cats have climbed inside. Well, almost always.

Last week, after fetching more clothes for a load of laundry, she shut the door without thinking. She set the machine to express wash -- warm water, cold rinse -- and walked away.

Thirty-five minutes later, when the cycle was done, she noticed the clothes were still dripping wet. She was just about to shut the door again when she saw a single white paw sticking out from the wet laundry.

Somehow, her 1-year-old cat Felix had found his way into the machine. She quickly took him out and called her father, who raced them to the Animal Emergency and Referral Center of Minnesota.

Although Felix had lost his vision and had pneumonia from the amount of water in his lungs, he survived and is doing better now -- he can see and has started eating. He's still on oxygen.

Though the vets told her it's just a matter of time until Felix fully recovers, Carroll-Kirchoff said she'll never forgive herself. "I've been in shock the last few days," she said. "I mean, this is going to haunt me for the rest of my life."

The costs are going up, too. Carroll-Kirchoff's daughter began a GoFundMe appeal for Felix to help offset the rising medical bills, which she said are already up to $7,000. She said it's the least they could do after Felix fought to stay alive.

"After this has happened, I'm going to find a way to give back," she said.

Carroll-Kirchoff works at a pet grooming salon and has been a cat owner for 11 years. She also volunteers at a wildlife rehabilitation center in her free time. "It's given me a reason to fight harder for animals and their well-being," she said.