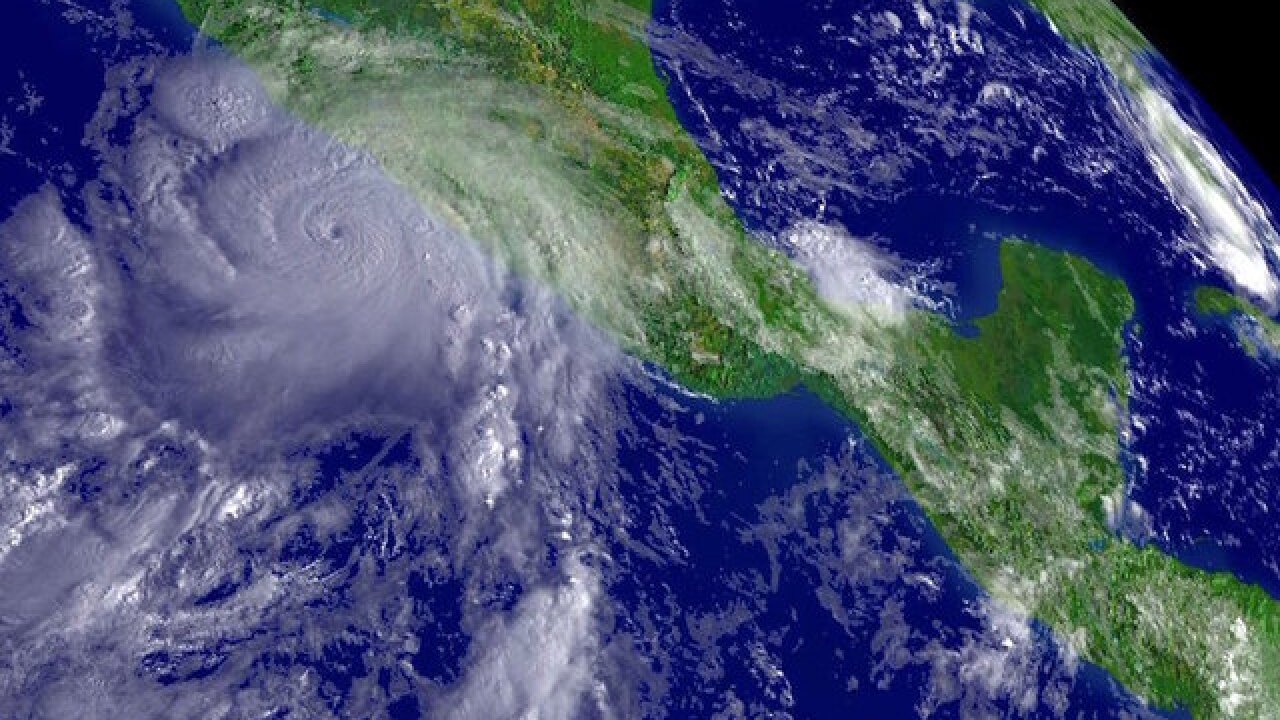 CORRECTION: This story has been updated to more accurately reflect the findings of the report. You can view the original story at the bottom of this article.

Those are all probable scenarios that could devastate societies by 2050 if swift and dramatic action isn't taken to curb climate change , according to a think tank report backed by a former Australian military chief.

The paper , by the Melbourne-based Breakthrough National Center for Climate Restoration, is not a scientific study, but an attempt to model future scenarios based on existing research.

It paints a bleak future in which more than a billion people are displaced, food production drops off and some of the world's most populous cities are left partially abandoned.

Its foreword is written by Chris Barrie, a retired admiral and former head of the Australian Defense Force, who said that "after nuclear war, human-induced global warming is the greatest threat to human life on the planet."

"A doomsday future is not inevitable," he notes. "But without immediate drastic action our prospects are poor."

Andrew King, a climate science lecturer at the University of Melbourne who was not involved in the report, said its findings were "plausible," although he did not expect human civilization to end in 2050.

"Without a doubt (climate change) is a huge threat to human civilization," he said. "It's the details that we need to pin down."

King said that while he expected all of the issues mentioned in the paper to be occurring by 2050 -- such as displacement of people and food shortages -- it remained to be seen how widespread they would be.

He noted that there were many factors aside from climate change that could have an impact on global security and how humans react to altered conditions, such as population growth and inter-governmental action.

The future predicted by the report is one of potential global catastrophe.

They drew on existing scientific research and "scenario planning" to forecast that if global temperatures rise 3 degrees Celsius by 2050, 55% of the world's population across 35% of its land area would experience more than 20 days of lethal heat per year, "beyond the threshold of human survivability."

In that scenario, many ecosystems -- including those in the Arctic, the Amazon rainforest and the coral reef systems -- would collapse.

Across West Africa, tropical South America, the Middle East and Southeast Asia, there would be more than 100 days a year of deadly heat, leading to over 1 billion people being displaced.

Food production would drop off due to the "catastrophic decline" in insect populations, weather too hot for humans to survive in significant food-growing areas and chronic water shortages. With not enough food for the world's population, prices would skyrocket, the paper's authors argue.

Rising sea levels would cause people to abandon parts of Mumbai, Jakarta, Guangzhou, Hong Kong, Ho Chi Minh City, Shanghai, Bangkok and Manila, among other cities. Around 15 million people in Bangladesh would be displaced.

"The social consequences range from increased religious fervor to outright chaos," the paper said. "In this scenario, climate change provokes a permanent shift in the relationship of humankind to nature."

The latest report is not the first time researchers have warned of major social problems. In March, a landmark United Nations paper found that humankind's window for action was closing fast.

The UN said that -- under a business-as-usual scenario -- millions of premature deaths could be expected due to air pollution, mass species extinction affecting the ability to meet human food and resource needs, and freshwater pollutants making antimicrobial-resistant infections a major cause of death by 2050.

In May, IPBES, a UN-affiliated climate research group, released a damning report on global biodiversity, which found that 75% of the planet's land surface has been "significantly altered" and 1 million species already face extinction.

Another report out this week, from environmental risk management firm CDP, warned that the world's biggest companies could face up to $1 trillion in losses due to climate change.

"The goalposts for climate action have never been clearer for companies," Nicolette Bartlett, CDP's director of climate change, said in a statement, warning that many costs could kick in within the next five years.

A new report by the Breakthrough National Centre for Climate Restoration — a climate think tank based in Melbourne, Australia — says that human civilization is at risk of collapsing by 2050 due to climate change. The report has been endorsed by a former Australian defense chief and senior royal navy commander.

The analysis says climate change is “a near- to mid-term existential threat to human civilization” and could possibly end the world as we know it in the coming decades.

The report also cautions that “planetary and human systems [are] reaching a ‘point of no return’ by mid-century, in which the prospect of a largely uninhabitable Earth leads to the breakdown of nations and the international order.”

The reports also adds that the only way to avoid these results would be “akin in scale to the World War II emergency mobilization” to restore the world to a safe climate.