There are signs the job market is slowing down, though for now it's strong 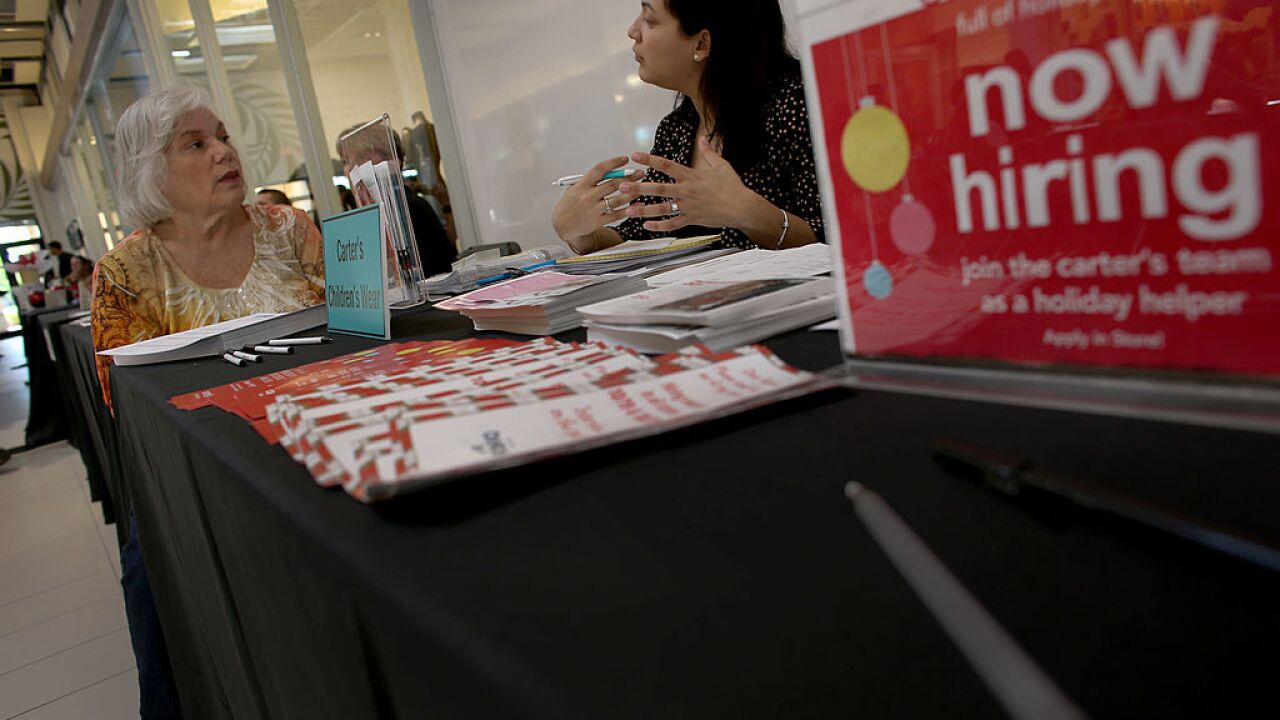 The economy might be slowing and recession risks are rising , but experts don't think the US' long streak of employment growth has ended yet.

Economists polled by Refinitiv anticipate that the Labor Department's jobs report out on Friday will show 185,000 jobs were added in May, with the unemployment rate holding at a very low 3.6% — still a healthy pace, even if slightly below the 218,000 over the past year. Average hourly earnings growth is expected to come in at 3.2%, which would be the eighth month above the 3% mark.

Becky Frankiewicz is president of North America at ManpowerGroup, one of the United States' largest staffing and recruiting firms, and says she hasn't seen any break in what she calls an "unprecedented" thirst among employers for more workers.

"If we see a drop tomorrow, it's because the labor market can only take so long before we don't have enough labor to support the demand," Frankiewicz says. "We're seeing further tightening in a market that we didn't think could tighten any more."

There have been fewer unemployed workers than job openings since February 2018 , according to the Bureau of Labor Statistics.

The labor market has been on a bit of a roller coaster over the past few months, adding 312,000 jobs in January — the month of the government shutdown and following a massive stock market wobble — to a surprisingly low 56,000 jobs in February.

The recovery from the Great Recession will become the longest expansion on record in July, and despite a widespread perception by economists that the business cycle is nearing its end, employers came back strong in March and April . The Federal Reserve's Beige Book, an anecdotal survey of business conditions across the country, reported a "solidly positive but modest" outlook for the next few months in its latest edition out Wednesday.

That doesn't mean, however, that everything is peachy across America's workplaces. Job cuts have been on the rise, according to the outplacement firm Challenger Gray & Christmas, with layoffs so far this year exceeding the same period last year by 39%. The cuts have been concentrated in the technology and telecom industries, although brick-and-mortar retail, dogged by the rise of e-commerce, has so far been the biggest job loser.

Manufacturing is another soft spot, with tariffs and the threat of new tariffs giving recruiters pause before hiring new people. IHS Markit's purchasing managers' index, a measure of how many manufacturers say their business is growing vs. shrinking, plunged to a nearly 10-year low this month .

Another warning sign came in this month's estimate by the payroll processor ADP, which estimated that the private sector added only 27,000 jobs in May, with steep losses in construction employment. Although ADP's report hasn't been a perfect guide to the Labor Department's count, it still caused some forecasters to lower their expectations.

The continued health of the labor market is a key factor that the Federal Reserve Board will consider when it meets on June 18 and 19. Despite Chairman Jay Powell's "patient" stance, Wall street analysts have been moving up their expectations of a rate cut into 2019, given the potential damage of an escalating tariff battle between the US, Mexico, and China.