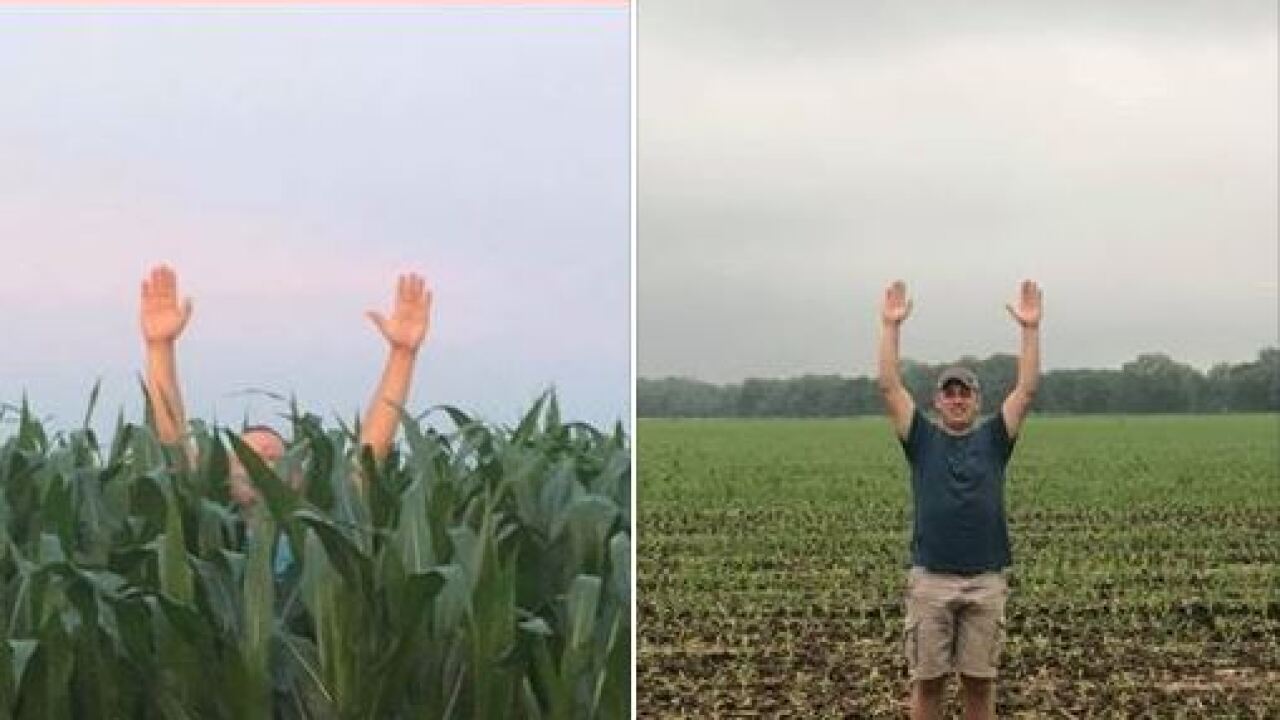 ROACHDALE, Ind. — A then-and-now photo from a western Indiana farmer paints a stark image of the problems Hoosier farmers are facing this spring.

One image shared by Katie Staton shows a man standing in the middle of a corn field in Putnam County, Indiana on June 17, 2018, with corn above his head. The other image was taken exactly a year later in the same cornfield and shows the same man with barely any growth around him.

"These two pictures speak volumes to the crisis American Farmers are facing this spring," Staton wrote on her Facebook page.

Farmers across the state have been struggling to plant their crops this spring because of the excessive amount of rain. Many fields still remain unplantable across the state.

According to the National Weather Service, Indianapolis has seen higher than average rainfall totals in every month this year except for May, which was slightly below average. The average totals refers to the normal rainfall between 1981-2010.

It's not just farmers in Indiana that are concerned about wet conditions. The Chicago Tribune reports that less than half the normal amount of corn has been planted in Illinois this year because of wet conditions. WBNS-TV in Columbus, Ohio also reports that local farmers are struggling with wet weather.

"It's just some food for thought for those who think farmers are 'rich' or 'greedy' or what have you," Staton wrote. "It's the reason food and gas prices will be getting higher as the summer goes on."

This story was originally published by Katie Cox at WRTV in Indianapolis.