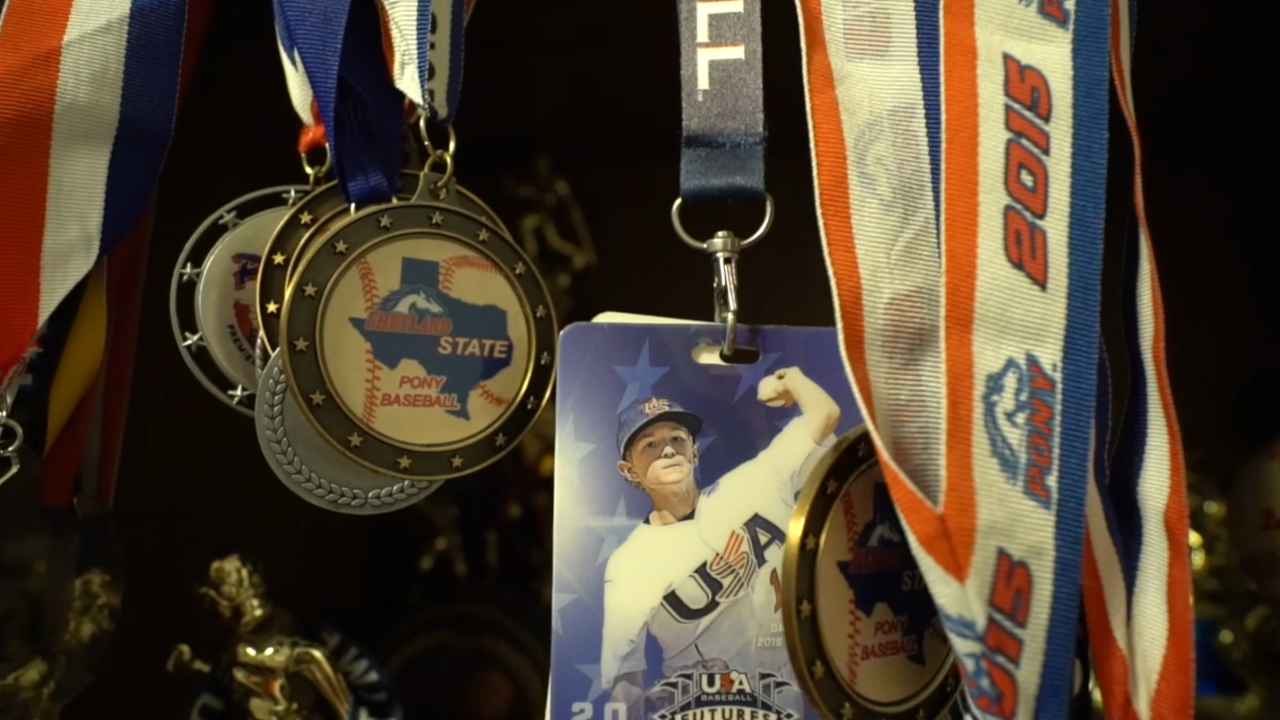 He plays for San Antonio's Alamo Drillers. The top baseball team for those 12 and under in America.

The Martinez family spends most weekends on the road traveling to tournaments across the country.

Meals, hotels, and gas can make those trips cost between $300-$500 a weekend, and it is money they don't always have.

"Some of the sacrifices I have to do is be late on a payment, or on the car, home, cell phone," Jerry says. "That's basically what we have to do.”

Luke’s mother, Nalone, says it’s worth the sacrifice to see her son happy and doing what he loves.

“I figured because we have everything we need--we have food on the table, clothes on their back, we have vehicles to drive, we have a roof over our head--we can go ahead and be behind on some bills," Nalone says.

"That's what he loves to do, and as a mom I’m going to do everything I can to make him happy," she says.

Those financial decisions may sound extreme, but in today's world, youth sports can rack up quite the tab.

A CompareCards survey found more than half of parents have gone into debt because of their kids' activities.

"The costs of playing in a league, a private league, or private club or travel ball, they're significant," says Dev Pathik.

Pathik says there’s a development boom happening across the country.

"Hundreds of millions of dollars of sports assets being developed for tournament," he says.

Less than a decade ago, the city near Indianapolis was looking for an identity and something to do with hundreds of acres of farmland.

Now, $85 million later, the farmland has 26 baseball diamonds, 31 sport fields, and other facilities that draw youth travel sports teams from across the country, and 2.5 million people come here every year for tournaments and games.

Parents, players, and coaches pump millions into Westfield's economy at hotels and restaurants.

"We've seen more than $700 million in economic development," Gardner says. "That's in the ground and in the pipeline. That's pretty significant for a city of 40,000 people."

However, the changing landscape and rising cost of youth sports has created a problem.

"The challenges that kids in lower-income households, they don't have the ability to access sport anymore," Pathik says. "It's become so privatized and the public sector stepped so far out of it, it's left lower-income families without access to sport."

Kids like Luke Martinez. His father recently borrowed money from his 401k to help pay for a trip to New York for a tournament next month.

It’s a move some may consider drastic, but the Martinez family considers it money well spent, no matter what anyone else thinks.

“I have friends and they tell me, ‘Oh, don’t live your life through your child,’ and I say, ‘Oh no, I’m not living my life through my child. I’m just giving my son opportunities I didn’t have,’" Jerry Martinez says.