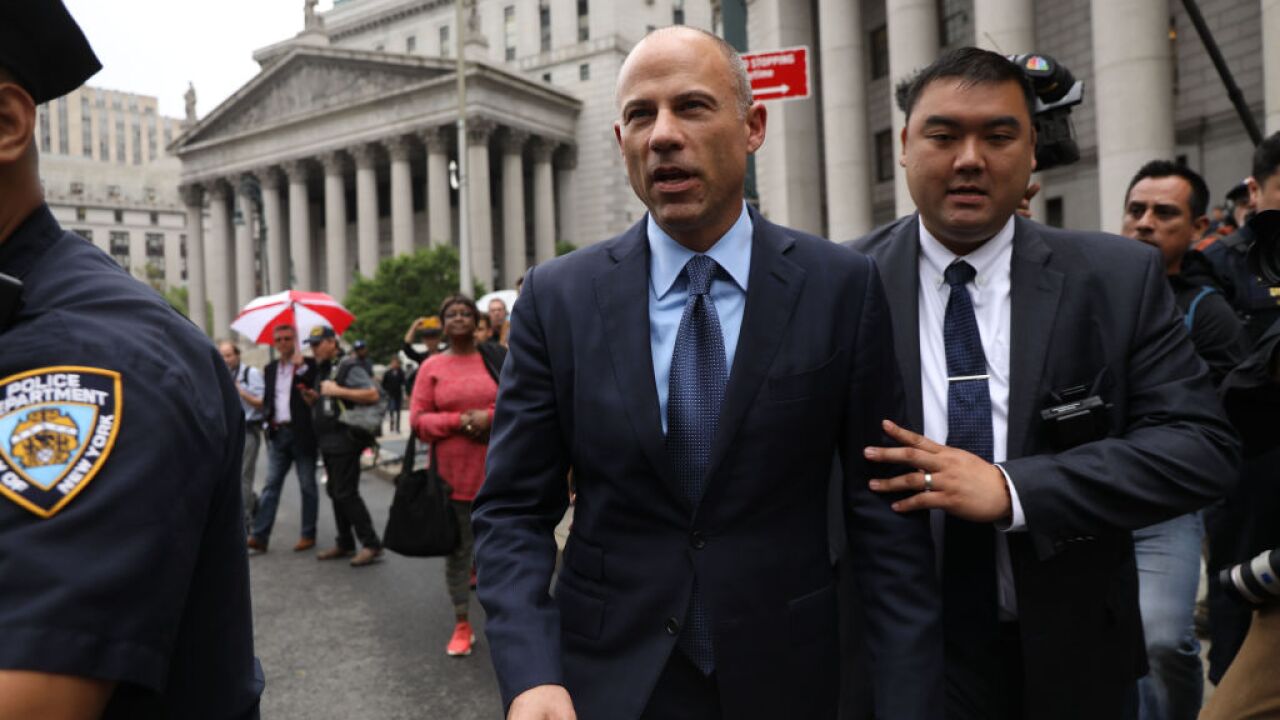 The move is the first step toward disbarment, said Teresa Ruano, program supervisor for the Office of Strategic Communications for the State Bar of California.

The filing comes after Avenatti was indicted on 36 counts by a federal jury in California in April. The charges include embezzlement, wire fraud, tax evasion, bankruptcy fraud and bank fraud connected to his alleged theft of tens of millions of dollars from five clients, one a paraplegic.

In a separate case in New York, Avenatti is accused of attempting to extort more than $20 million from sportswear company Nike. He was also charged with fraud and aggravated identity theft involving his former client, Stormy Daniels. Prosecutors accused him of stealing about $300,000 of a book advance intended for Daniels.

Ruano says there are still several steps before Avenatti would be disbarred but a change to "inactive involuntary status" would prevent him from practicing law in the state of California.

Avenatti has 10 days to file a response and request a hearing. If no response if filed, he will have waived his right to a hearing. The State Bar must file a status decision within 30 days of the hearing.

Avenatti responded to the State Bar's action in a tweet on Monday.

"The action by the CA State Bar is nothing more than a 'pile-on' and was entirely expected in light of the pending charges. I offered to cooperate with the Bar and instead they decided to issue a press release as a stunt. I look forward to being fully exonerated by the facts."