The 10 deadliest US tornadoes on record 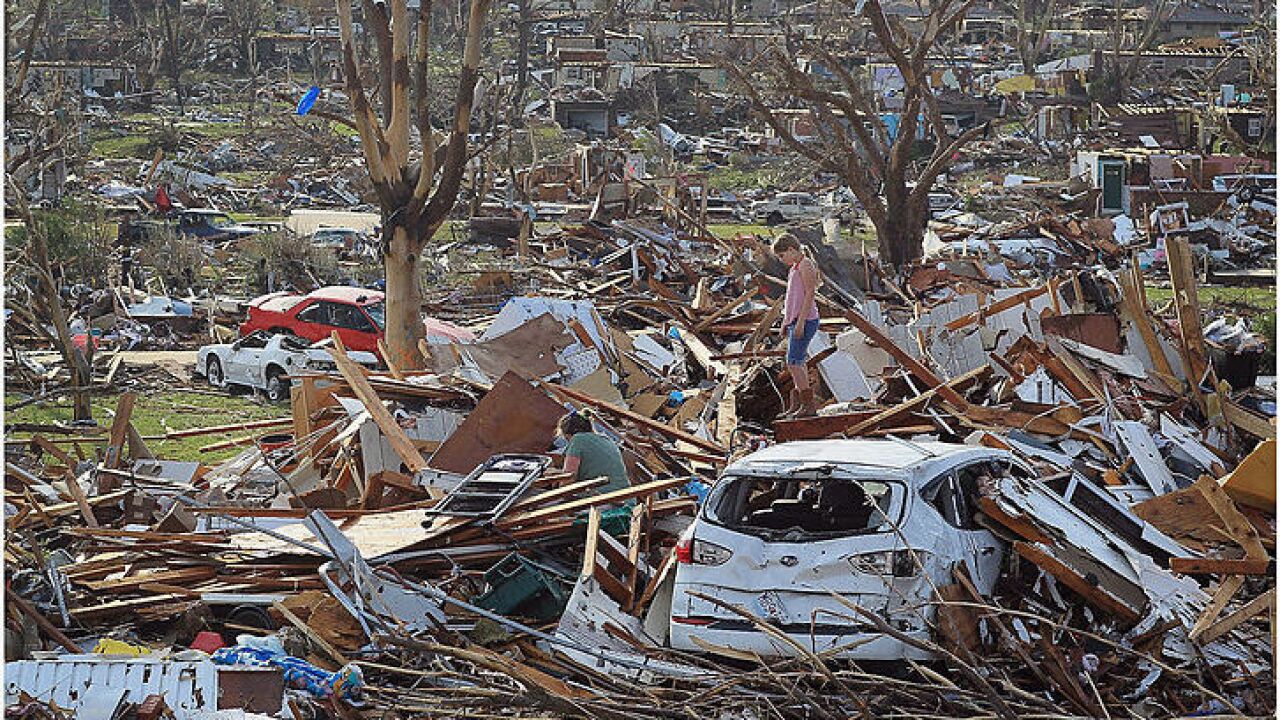 Tornadoes kill an average of 60 people a year in the United States, according to the National Oceanic and Atmospheric Administration. Many of the deaths are caused by flying or falling debris.

They are most common in the Central Plains and southeastern United States.

Here are the 10 deadliest tornadoes to touch down in the United States, according to figures from NOAA :

2. The "Natchez Tornado" killed 317 people and injured 109 on May 6, 1840, along the Mississippi River in Louisiana and Mississippi. The official death toll may not have included slaves, according to the Federal Emergency Management Agency.

5. The "Gainesville Tornado" was a pair of storms that converged April 6, 1936, in Gainesville, Georgia, killing 203 people and injuring 1,600. The tornado destroyed four blocks and 750 houses in the northern Georgia town.

6. The "Woodward Tornado" wreaked havoc across parts of Texas, Oklahoma and Kansas on April 9, 1947. The storm, which killed 181 people and injured 970, reportedly was more than a mile wide in places.

7. The tornado that struck Joplin, Missouri, on May 22, 2011, killed 158 people and injured more than a thousand. The storm packed winds in excess of 200 mph and was on the ground for more than 22 miles.

8. The "Amite/Pine/Purvis Tornado" killed 143 people and injured 770 on April 24, 1908. The storm left only seven houses intact in Purvis, Mississippi, and also caused damage in Amite, Louisiana.

10. The "Flint Tornado" killed 115 people and injured 844 on June 8, 1953, in Flint, Michigan. The tornado was the deadliest twister ever recorded in the state.