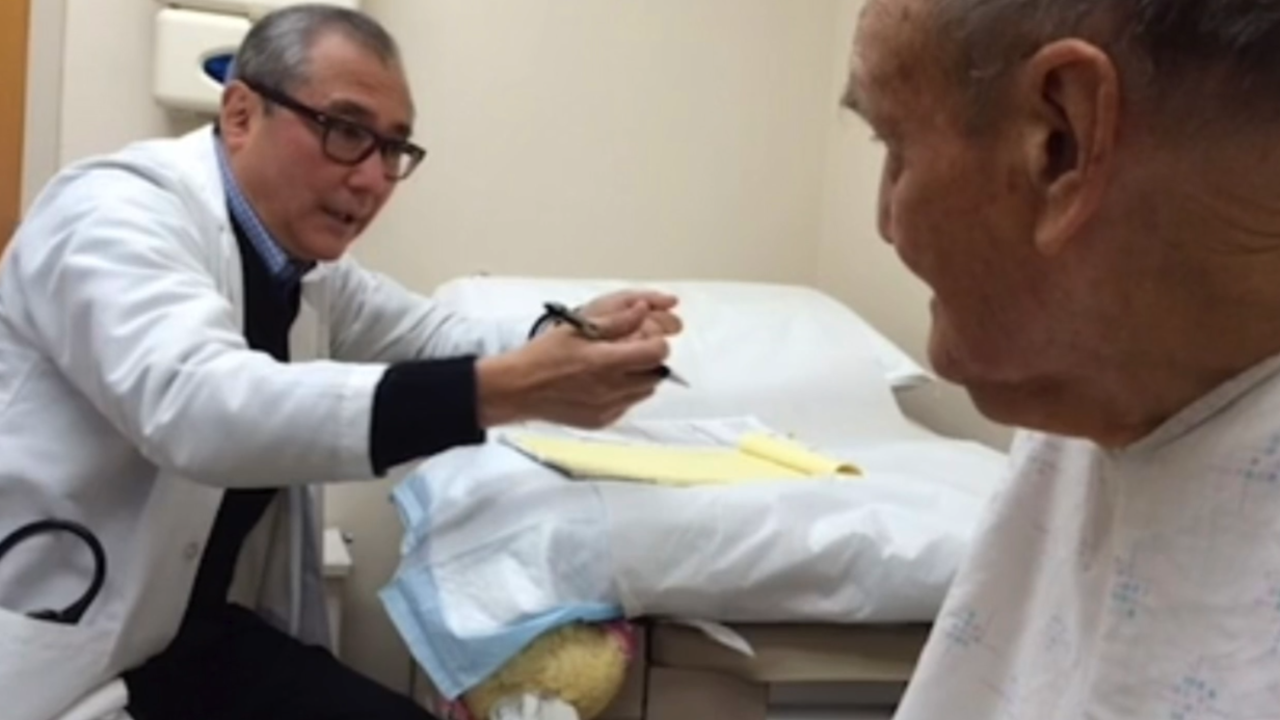 Imagine knowing you have pancreatic cancer and your doctor is unwilling to tell you how bad it is because they’re uncomfortable.

That’s the situation Dr. Ron Naito, a now-retired physician, found himself in this past August.

“It’s never an easy task to tell someone they have a terminal illness. How can it be?” Naito says, sitting on a couch in his home in Portland, Oregon. “I mean it brings your own mortality into the picture for one thing.”

Naito has stage 4 pancreatic cancer, and as a doctor himself, he knows full well what that means. It can mean a person only has months to live.

“Of all the major cancers, the one with most dire of all prognoses is probably pancreatic,” Naito explains. “Particularly what I have, which is stage 4. And I don’t think he felt comfortable telling me or discussing it.”

Not only was one specialist unwilling to discuss the severity of his illness, but Naito found out about the size of his tumor from a second specialist in a less than optimal way, as well. He overheard the doctor talking to a medical student just outside his open exam room door.

“They were walking this way and they said, ‘5 centimeters.’ He told the medical student. Then, they were walking the other way,” he recalls. “And I heard the words, ‘very bad,’ and I knew it was me, obviously. I know that pancreatic cancer if they exceed 3 centimeters, it’s a negative sign.”

The doctor never did talk to him face to face about the precise size of his tumor.

Naito says he didn’t think it was “very professional,” but even so, he has no anger toward his doctors. Instead he says it highlights how easy it is for a doctor to be careless.

“They’re not uncaring. It’s just that they don’t have any experience or training. Nobody’s there to guide them,” Naito says. “And there’s no book on this. I mean you can’t go to the medical school library and check out a book on how can you deliver a dire diagnosis to patients. That book does not exist. I don’t think.”

That’s why Naito not only choosing to speak out in the months he has left--despite his weakness--but it’s also why he’s given Oregon Health and Science University’s Center for Ethics in Healthcare a grant so people like Dr. Katie Stowers can teach the next generation how to better deliver news to someone who’s dying.

“Unfortunately, Dr. Naito’s experience is not an anomaly,” Stowers says.

Naito, who has outlived his prognosis but estimates he may only have about six months left, says doing it the right way all comes down to one thing.

“When you’re talking to your patient that has terminal illness, you have to realize your doctor and patient roles become a little bit blurred,” he says, fighting back tear. “Because, basically, you’re just two souls. You’re two human beings meeting at a very deep level. You’re in charge with giving this other person the most devastating news they will receive in their lifetime potentially.”