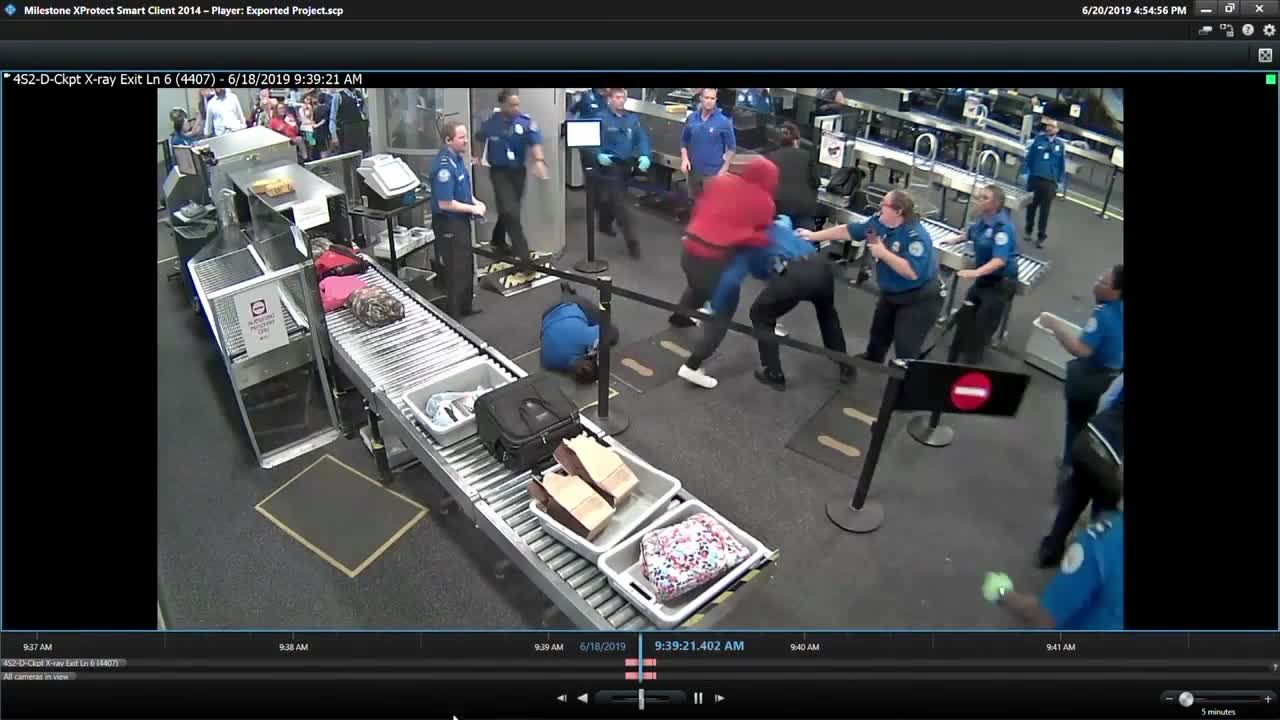 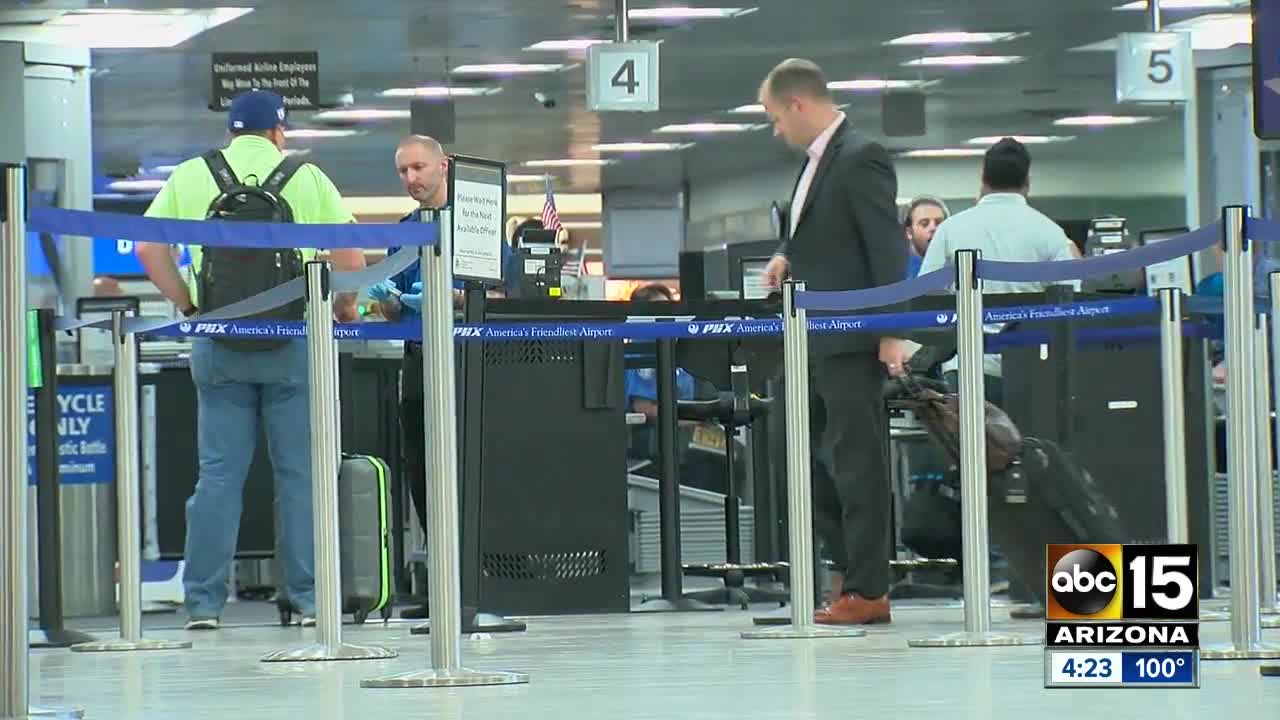 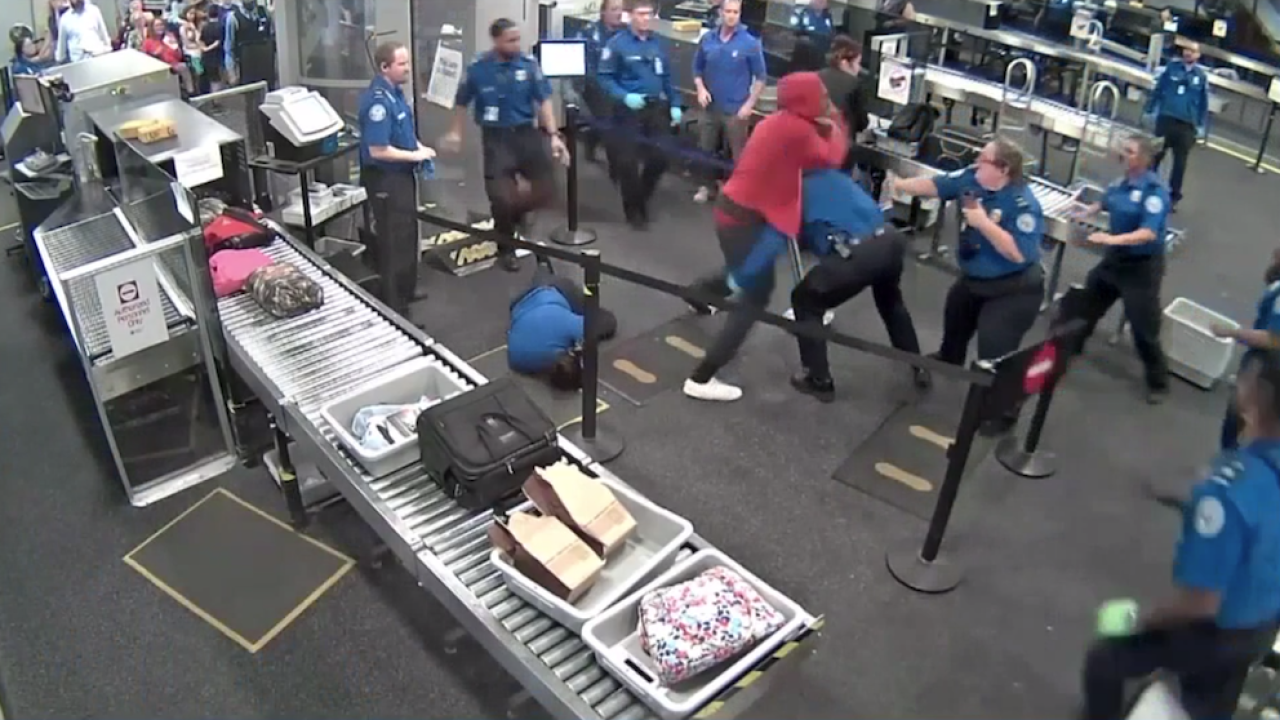 PHOENIX — At least five TSA officers at Phoenix Sky Harbor International Airport were injured when a man attempted to rush a security checkpoint in Terminal 4.

In a press release, TSA said the man was unprovoked and attempted to rush through the security at Terminal 4.

According to police documents, 19-year-old Tyrese Garner pushed his way past other passengers and charged through the metal detector before punching a TSA agent and knocking her to the ground.

He reportedly punched four other TSA agents before he was subdued. Police officers arrived and arrested him on charges of criminal trespassing, assault and resisting arrest.

Documents say he tried to resist arrest, kicking and writhing while refusing to be taken out of the terminal.

One transportation security officer (TSO) was taken to the hospital and at least four others were taken to an urgent care facility. Their exact injuries and conditions are unknown at this time.

"Got done putting my shoes on and was walking down the hallway part there and all of a sudden I heard screaming and hollering," said witness Donnie Jones, who had just passed through security when the incident occurred.

Jones said he's unsure what prompted the man to allegedly try and rush through the checkpoint.

"When he was coming over that counter...he was like jumping at somebody and you could just see a bunch of swinging and that and you couldn't really tell what was going on," he said. "I don't know what his deal was. It was just an unhappy guy rushing through there."

Documents say Garner is from Texas and is mentally unstable. He was reportedly under the influence of drugs or alcohol at the time.

Neither police nor TSA has released a motive in the incident.

TSA released the following statement on the incident:

“This unprovoked and brazen physical attack against our TSOs is unacceptable. We are grateful for our committed workforce and for the role they play in protecting the traveling public every day. We continue to monitor the safety and health of the TSOs involved in this incident and will cooperate fully with the ongoing investigation.”

This story was originally published by Clayton Klapper on KNXV in Phoenix.