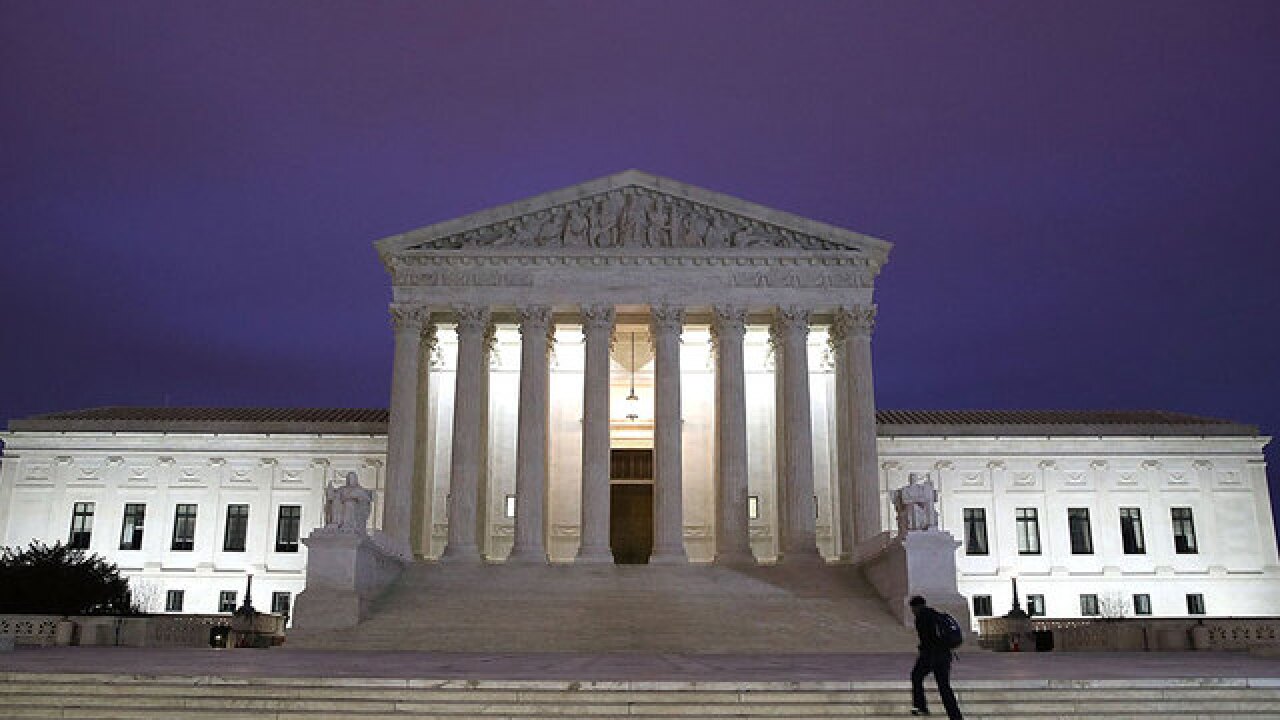 The Supreme Court held on Friday that a black Mississippi death row inmate should get a new trial, saying that the prosecutor who tried him six times for murder engaged in unconstitutional racial discrimination when striking African-American jurors from the panel.

The decision was 7-2, and was delivered by Justice Brett Kavanaugh, who said black and white potential jurors are not treated equally by prosecutors.

"The State's relentless, determined effort to rid the jury of black individuals strongly suggests that the state wanted to try Flowers before a jury with as few black jurors as possible, and ideally before an all-white jury," Kavanaugh wrote.

Curtis Flowers, who is African-American, was tried five times for the 1996 murder of four people inside a furniture store in Winona, Mississippi. But it was only in 2010, after his sixth trial, that a conviction stuck and Flowers was sentenced to death.

Flowers had wanted his conviction overturned. His lawyers asked the justices to hold that the prosecutor, Doug Evans, who brought each case, broke the law by engaging in race discrimination during jury selection.

Kavanaugh wrote that in criminal cases involving black defendants that "the both-sides-can-do-it argument overlooks the percentage of the United States population that is black (about 12 percent) and the cold reality of jury selection in most jurisdictions."

"Equal justice under law requires a criminal trial free of racial discrimination in the jury selection process," he added, citing the words inscribed on the front of the Supreme Court building.

It is unusual for a junior justice to be assigned such a high-profile opinion during his first term. Because Chief Justice John Roberts is in the majority, he likely made the assignment. Kavanaugh's parents were in the courtroom as he read from the bench.

The case had prompted Justice Clarence Thomas , who rarely speaks during oral arguments, to ask a rare question .

"Flowers presented no evidence whatsoever of purposeful race discrimination by the State in selecting the jury during the trial below," Thomas wrote.

Mississippi's attorney general, Jim Hood, had argued in court papers that the state "did not engage in racial discrimination during jury selection" and that Flowers' rights were not violated as the result of racial bias.

"The states' explanations" for the strikes were "race neutral and were not the product of pretext," Hood argued.

"As both Justice Kavanaugh's majority opinion and Justice Samuel Alito's concurrence stress, today's decision is a very narrow one, and may well be limited to the deeply troubling facts of this one case," said Steve Vladeck, CNN Supreme Court analyst and professor at the University of Texas School of Law.

He said that all the Court did was "reaffirm the force of its major precedent on racial discrimination in jury selection, sending a message to the lower courts that that decision still means what it said."

Kristen Clarke, president of the Lawyers' Committee for Civil Rights Under Law, said the ruling "should sound an alarm for those prosecutors across the country who continue to engage in intentional racial discrimination when making decisions about use of their peremptory challenges."

This story has been updated.