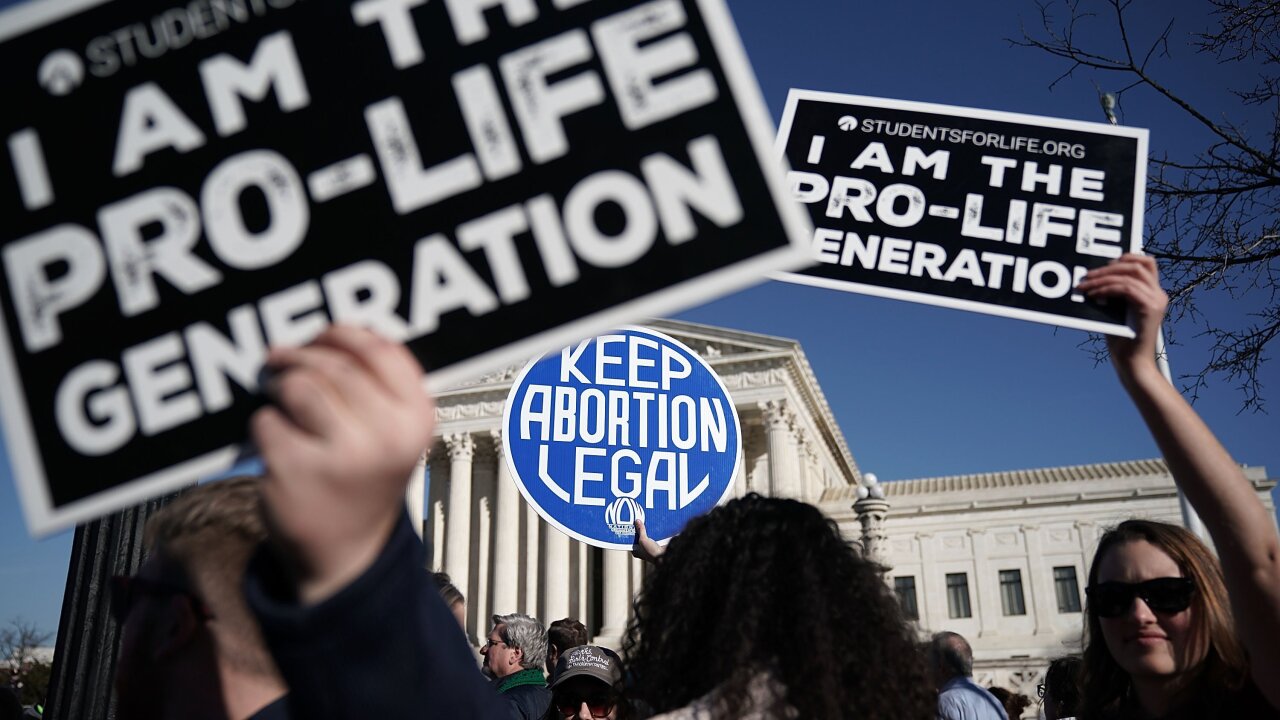 The Supreme Court said Tuesday that a provision of an Indiana law which said the state may prohibit abortions motivated solely by race, sex or disability should remain blocked.

The court, however, did say it would allow part of the law that allows clinics to bury or cremate fetal remains to take effect.

The fact that the court decided not to take up the more controversial provision of the Indiana law suggests that there is not a current appetite on the court to move aggressively to question the court's core abortion precedents of Roe v. Wade and Casey v. Planned Parenthood. Still, supporters of abortion rights will be disappointed and worried that the justices allowed the fetal tissue provision to go into effect.

The law was signed in March 2016 by then-Indiana Gov. Mike Pence. It was blocked last year from going into effect by the 7th US Circuit Court of Appeals.

In his decision last year, Judge William Bauer wrote that provisions in the law that bar women from seeking abortions in certain cases "clearly violate" what he described as "well-established Supreme Court precedent, and are therefore, unconstitutional."

Justice Clarence Thomas agreed that the court was right not to take up the provision at this time, but said justices "soon need to confront" the issue.

"Although the Court declines to wade into these issues today, we cannot avoid them forever," Thomas wrote. "Having created the constitutional right to an abortion, this court is duty bound to address its scope. In that regard, it is easy to understand why the District Court and the Seventh Circuit looked to Casey to resolve a question it did not address. Where else could they turn? The Constitution itself is silent on abortion."

Thomas also wrote to express his support for the provision of the law that requires fetal remains be buried or cremated.

"I would have thought it could go without saying that nothing in the Constitution or any decision of this Court prevents a State from requiring abortion facilities to provide for the respectful treatment of human remains," he wrote.

Indiana's law requires that fetal remains be disposed of the same way as other human remains (i.e. burial and cremation). A separate provision says that the state can prohibit abortion that is solely motivated by the race, sex, or disability of the fetus.

The law has been blocked from going into effect by lower courts.

In court papers, Curtis Hill Jr., Indiana's attorney general, said the language "expands on long-established legal and cultural traditions of recognizing the dignity and humanity of the fetus."